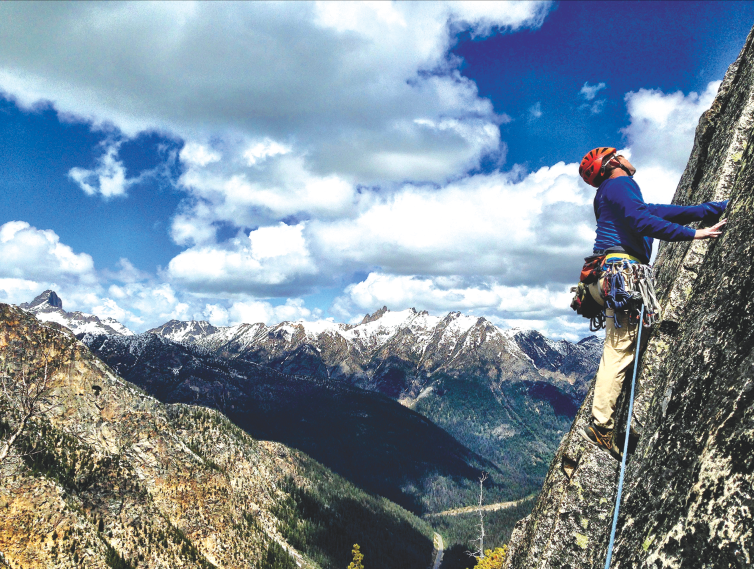 As the sun begins to cast long, summer evening shadows, I put on my harness, tie the laces on my trail running shoes, stuff some climbing protection in my pack, hand my partner a rope and push start on my watch. This is my standard summer Wednesday ritual: an evening sprint on the Blue Lake trail with a partner to climb one of the spires in the Liberty Bell group at Washington Pass, watch the sunset over the Cascades and descend in the dark back to the trailhead.These ascents are not remarkable in their technical nature and are by no means record-breaking in terms of speed, but they would have been unimaginable at the time of the first technical rock climb ascents of the spires in 1937. Indeed, these ascents were only made possible by the creation of the North Cascades Highway.

Late in the 1890s, Washington state commissioned a committee to search for an appropriate route east to west through the North Cascades. Nearly 80 years later, in 1972, the cross-state road through the North Cascades opened: State Route 20, known locally as Highway 20 or the North Cascades Highway.
At mile marker 162 along the North Cascades Highway is a gigantic granite massif that towers over the highway and culminates in five distinct rock towers known as the Liberty Bell group. With more than 75 independent climbing routes to the summits of the spires, the options for climbing are varied and offer possibility in every season of the year.
In 1937, The Sierra Club was in the zenith of its exploratory climbing expeditions, and a team of four headed off to explore the fabled rock towers northeast of Twisp. The late-1800s had brought a series of enterprising projects to the lower Methow Valley, as individuals and company-men sought a rail passage for the Great Northern Railroad, a suitable mountain passage for wagon trains, azurite and gold mine locations and trade opportunities for trappers and ranchers. Each of these groups used what is now known as Twisp River Road to access the deeper regions and higher elevations of the North Cascades.
Due to the technical terrain and alpine conditions, exploration beyond the end of the Twisp River Road was on foot and required good navigation and backcountry skills. With skills honed in the high Sierra peaks, the Sierra Club team traveled from road’s end to the base of the Liberty Bell group and made successful ascents of South Early Winters Spire and Cutthroat Peak, both requiring mountaineering and rock climbing skills. Those climbs ushered in an era of first ascents that continues today.
Likely the most significant and influential climb in the Cascades occurred nine years later. In 1946, Fred Beckey, Jerry O’Neil and Charles Walsh hiked the nearly 16 cross-country miles from the end of Twisp River Road to make the first ascent of Liberty Bell via the southwest face, now known as the Beckey Route. Beckey, whose list of first ascents spans the globe, began his climbing career as a renegade.
As a young member of the Mountaineers’ climbing club, Beckey was not content with following the protocol of their climbing programs or seeking the easiest or least technical path of resistance to the summit. Surrounding himself with like-minded adventurers, he left behind organized climbing clubs and set off to ascend unclimbed peaks via new technical routes. His ascent of Liberty Bell was the beginning of an exemplary career. As a testament to both Beckey’s aesthetic vision and his route-finding skill, the Beckey Route on Liberty Bell remains the most popular route at Washington Pass.
Fred Beckey continued to return to Washington Pass over the next two decades and established a slew of routes that pushed the envelope of what was considered possible. His vision encouraged others over the next 25 years to make the trek from Twisp and tackle the steep and unclimbed faces at the Pass. 1965 saw the first ascent of the soaring 1,200-foot east face of Liberty Bell. The line rivaled similar climbs in Yosemite and quickly became a test-piece for climbers from the Northwest. It has since gone on to become one of the most well-known routes in the Cascades, with climbers traveling from throughout North America to have a go at this challenging line. The level of commitment and adventure the early pioneers at Washington Pass employed is parallel to the more remote and committing ranges today. 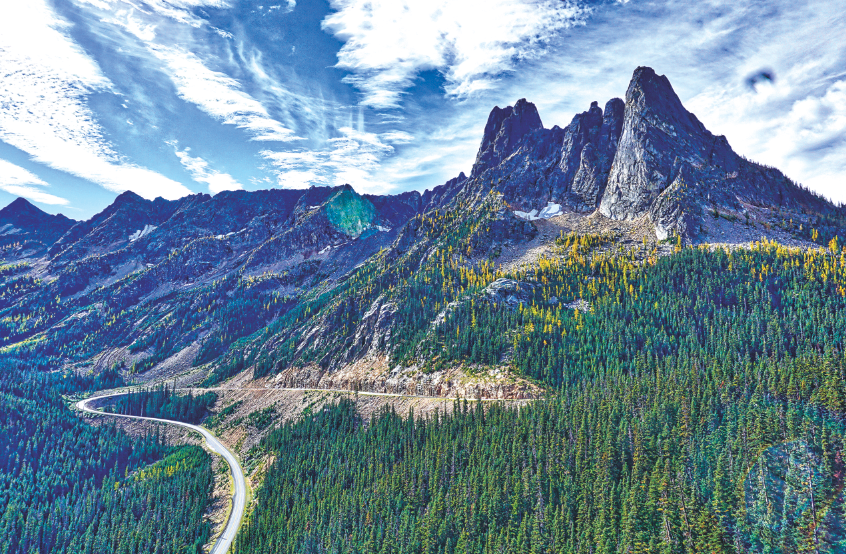 On a crisp September morning in 1972, the North Cascades Highway opened and cross-Cascade travel became possible through the most rugged and remote sections of the range. Climbers took notice and a new era of ascents at Washington Pass began. Overnight, the mountain adventures at Washington Pass shifted from expeditionary in nature to roadside ascents that required only a short alpine hike and easy access to all sides of the towers.
This simplified access, combined with dramatically improving climbing equipment and refined climbing technique invited climbers to move toward previously unimaginable routes and push their climbing skills to higher levels and faster ascents. New technically demanding routes are still being climbed each year.
Adventure has shifted at Washington Pass. What was once a 16-mile cross-country expedition is now an hour-long hike on a well-established trail. Some may argue that adventure in climbing is rare at this point. We have immediate access to a slew of tools to decrease uncertainty: detailed guidebooks, internet forums and smartphone apps allow instant access to route topos, detailed information regarding the climb, photos with route overlays, move-by-move trip reports and specific gear choices. As always, adventure is an individual choice determined by your own willingness to engage with uncertainty. Everyone’s threshold is different.
Significant adventure routes continue to be established at Washington Pass – long, technical and demanding routes that are not guaranteed to succeed. Simultaneously, a novice climber may be ascending their very first alpine climb a short distance away and feeling the excitement and anxiety of pushing their own sense of limitations in a new environment. The beauty of climbing, and the beauty of climbing at Washington Pass, is that both can be had at the same time.

Descending by headlamp from the top of North Early Winters Spire as the first stars of the evening appear, I hear the faint voices of another party on Liberty Bell. As we pack up gear, put on our packs, and tie our shoes for the descent trail, I can’t help but smile and feel the satisfaction of engaging with the mountains in a way that not only energizes me, but also inspires reverence for the natural world. While adventure has shifted at Washington Pass over the years, this experience remains static.   x 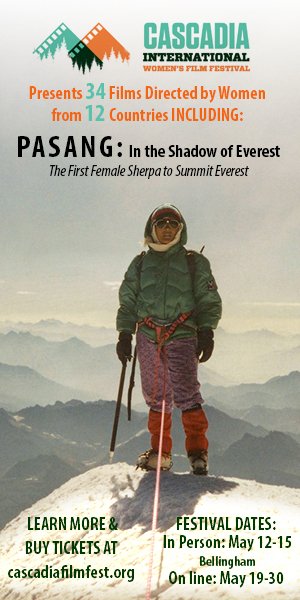