Artist Point to open early May

The Washington State Department of Transportation (WSDOT) has heard the pleas of the Mt. Baker foothills community, and is hard at work opening the final stretch of Highway 542 to Artist Point.

According to a WSDOT blogpost by Tom Pearce, the low snow levels this year mean Artist Point will be open earlier than ever. The previous earliest recorded opening was June 29, 2005.

“It looks like that record will fall, and soon,” Pearce wrote in his blogpost.

The area is not only a trailhead for some of the most spectacular hiking trails in the North Cascades, it also enables motorists (and cyclists willing to make the climb) to get a jaw-dropping view of Mt. Baker to the southwest and Mt. Shuksan to the east.

It seems the early opening effort was made possible not only by a lack of snow, but also by demand from locals and tourists who want to visit Artist Point as soon as possible:

“You know it’s been a weird winter when people call in early February asking if we’re going to open the road to Artist Point early,” Pearce wrote in his post. “Not just one call, but three in one week, and they’ve become more frequent as spring continues to blossom.”

Pearce added an important note of caution: with the early opening, the chance for late spring storms to dump snow on the road is increased, so visitors should be prepared for wintry conditions. “If you go, take tire chains, food, water, warm clothes, blankets, etc., just like you would crossing a pass in mid-winter,” Pearce wrote.

Here’s a great video from WSDOT of their clearing efforts this year: 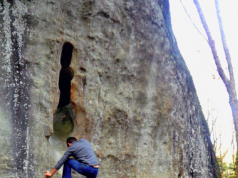 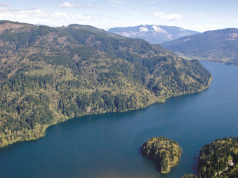