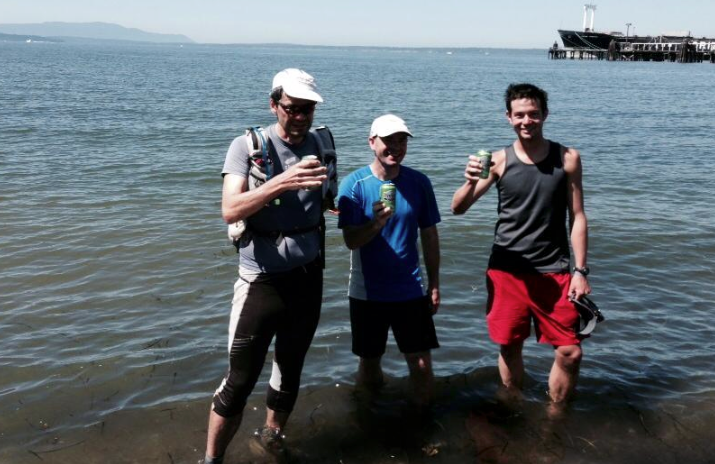 Editor’s note: On August 1, Daniel Probst, Beat Jagerlehner and Aaron Poh set out from Cornwall beach on Bellingham Bay to run to the summit of Mt. Baker and back. Two days and 17 minutes later, they returned successful. The 100-mile journey was the first ever roundtrip run to Mt. Baker, and a nod to the Mt. Baker marathons of 1911, 1912 and 1913. Probst is now organizing the route into an annual ultra-marathon. The following is his account of the historic run.