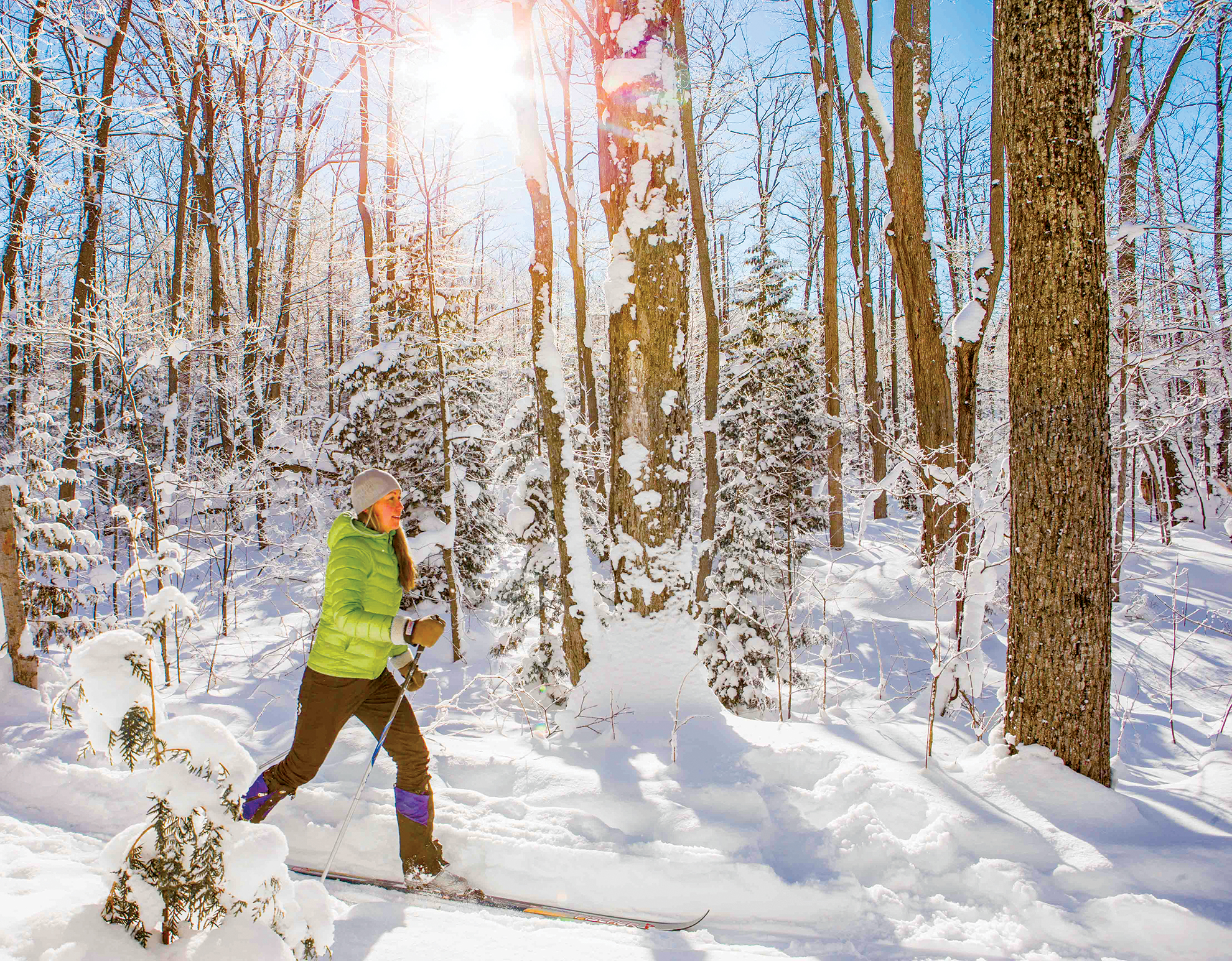 From camping to snowshoeing, more and more people are playing outside. For winter recreation, human-powered sports are the fastest growing segment, according to a recent SnowSports Industries America study.

If that’s true, it’s not the case for local cross-country skiing, said Pete Tryon, president of the Nooksack Nordic Ski Club. The club has about 70 members, and at gatherings the average age is usually in the 60s, he said.

“It is like a lot of clubs, it’s having problems with people aging out,” Tryon said. “The people who started the club have grown older and are not being fully replaced with younger people.”

The club hosts an ambassador program – on Saturdays in January, club members set up a table at the Salmon Ridge Sno-Park just east of milepost 46 on the Mt. Baker Highway with maps and hot chocolate and help people figure out how to get started on cross-country skis.

During the ambassador days, members might do anything from talking with experienced skiers about conditions to helping brand new skiers put on rental skis. And that’s fine, Tyron said – on a flat trail, all you have to do is put skis on and go. Cross-country skiing has a quick learning curve. Plus, when conditions are good, the lower trails at Salmon Ridge Sno-Park are ideal for beginners.

In Tryon’s opinion, cross-country skiing is a more fun alternative to snowshoeing, which draws hordes to nearby Heather Meadows. Cross-country skiers get exercise and enjoy the same peaceful winter experience, but they actually get to glide over the snow rather than plod through it.

The Nooksack Nordic Ski Club is largely responsible for maintaining the trails and parking lot at Salmon Ridge, writing grants to help cover grooming, and coordinating with the other agencies involved: the U.S. Forest Service, the state Department of Transportation and Washington State Parks. They have some ideas to turn the trail system into what Tryon said could be a “modest cross-country ski destination.”

The current network of trails includes several groomed loops starting at the Salmon Ridge Sno-Park and a couple more sections of trail with limited parking a couple miles up the highway. It totals about 15 miles.

The majority of the trails start out with easy flat sections at about 2,000 feet in elevation, which means they get rained on a lot and often turn icy when the weather cools.

“At times it’s ideal,” Tryon said. “Some weeks you could have a great class for beginner skiers out there. Other weeks I wouldn’t really recommend it.”

If it were groomed consistently and if parking were available, this would be fantastic skiing

The club has permits to build a trail connecting the two networks, but to really thrive and become beginner-friendly, the club is hoping for more parking and grooming at the upper trails, which start at about 3,200 feet and usually have decent snow.

“If it were groomed consistently and if parking were available, this would be fantastic skiing,” he said. “When it’s groomed it’s just wonderful.”

The club has other dreams for the future of the trails. Abandoned logging roads between the two sections of trail could host future ski routes – that’s something Tryon said the forest service is interested in. The club also plans to encourage the Mt. Baker Ski Area to start a cross-country ski program. Many downhill ski areas charge cross-country skiers for access to groomed trails; the Summit at Snoqualmie’s Nordic Center charges $26 for a day pass to roughly 30 miles of groomed trails.

People are interested; the club receives regular inquiries from people in Seattle and Vancouver who are wondering what kind of cross-country ski opportunities they’ll find near Mt. Baker. Most often, they’re going on a family vacation to Mt. Baker and they’re hoping to both downhill ski and cross-country ski, Tryon said.

“My impression is that there are a serious number of groomed skiers that don’t ski at Mt. Baker because they don’t think it offers them anything,” he said.

Want to try cross-country skiing? Tryon suggests renting gear and showing up at the Salmon Ridge Sno-Park on a Saturday in January, when the Nooksack Nordic Ski Club is there for its ambassador program. Learn more at nooksacknordicskiclub.org.