Blue Steel started as a glimmer of an idea that seemed too far-fetched to even happen. But from the idea’s inception to breaking ground only a week later, everything fell into place and this dream became reality.

As winter approached in December 2019, Transition Bikes had just signed Nico Vink to the team. After judging the Red Bull Rampage contest, he had a short window to visit Bellingham in between projects. We thought, ‘wouldn’t it be cool to get Nico to build a trail here, something the community could ride?’ Without hesitation, he was in. Nico builds trails for his community in Belgium and loves to work on projects that can be enjoyed even after an event. With some swift work by Lars Sternberg, we were able to find a location on Galbraith Mountain, acquire access to the land from the Whatcom Mountain Bike Coalition, which stewards the trail network, and find a machine big enough to create what we had in mind.

Inspiration for Blue Steel came from the many courses Nico has built for the “Fest Series,” a multi-stop tour where the best freeride mountain bikers ride some of the biggest jumps in the world. Our goal was to scale down the gaps, but keep the same build style and quality.

Building jumps this size in a public space requires that they be flawless. “If you get the first, you get the rest” is the motto we lived by when fine-tuning the line. We made sure that if you dropped in and could hit the first jump, that the rest all came without braking or pedaling, a trait of a properly built jump line. The initial dirt work with the machine took seven days total, which was followed by three months of rain and snow over the course of winter. When spring rolled around, it took another two months of tuning with hand tools and test riding to get them into the shape you see today.

It’s no doubt that this project has some selfish motivation behind it; many of us were previously driving to Whistler and other places to access trails like this. But it’s the bigger picture that really created the motivation to put the time and money into making it happen. As Kyle Young (Transition Bikes co-owner) explained in our video about the project, he really just wants to see the progression of the sport, and at a trail like this is where that happens.

There isn’t anywhere in our country that you can access a jump line like this for free, any day of the week. Providing that to our local community, and even to the mountain bike community as a whole, is really exciting to us. Already the line has seen hundreds of riders, with a constant stream of people dropping in and sending the massive jumps. Now that this project is done, we have our sights on more for the future. 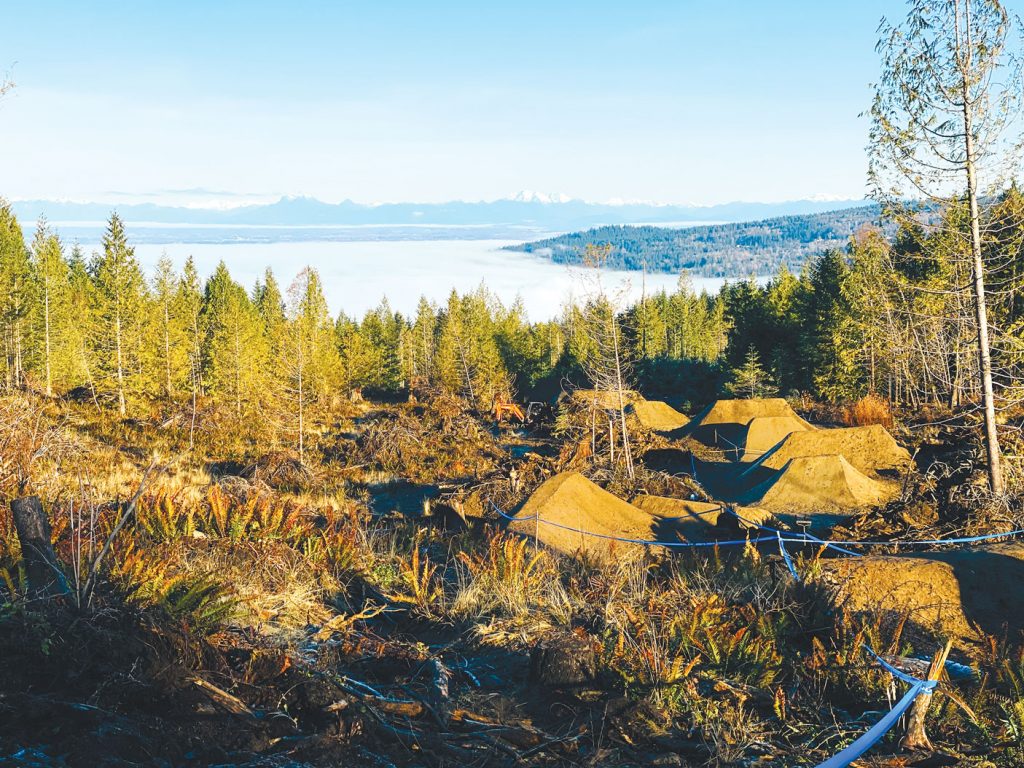 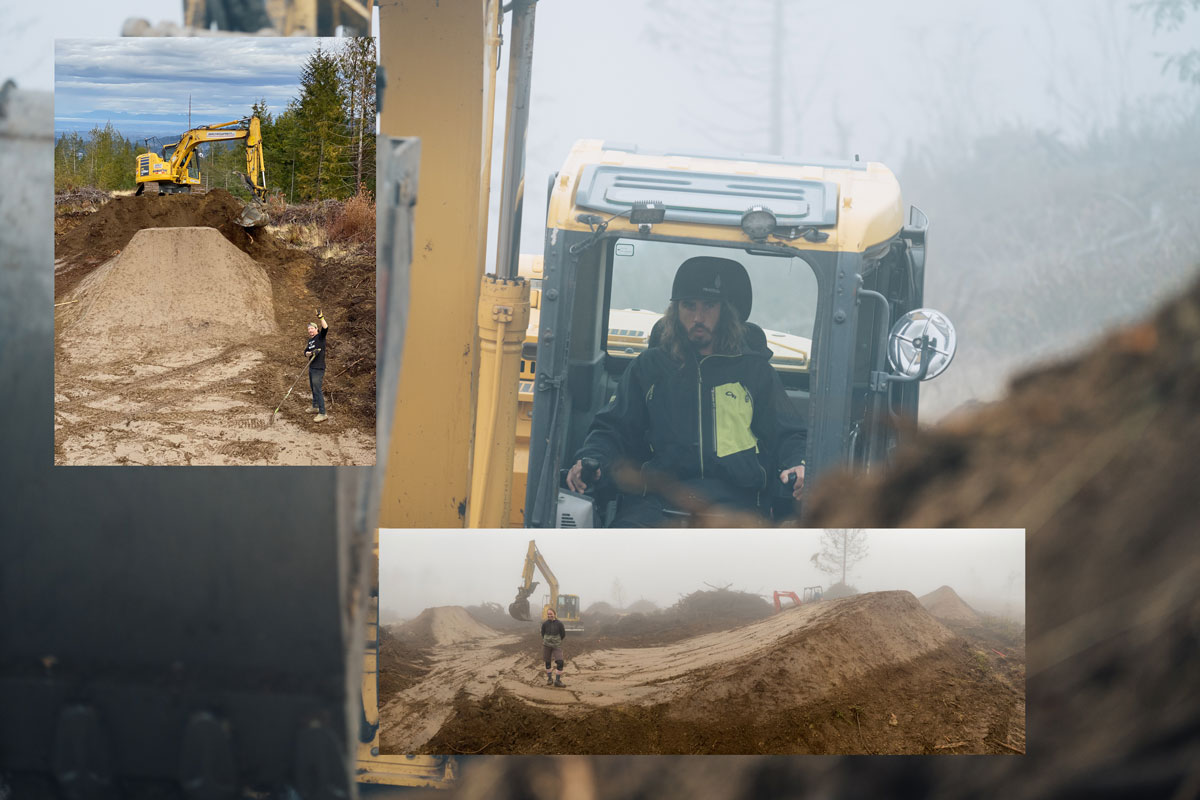 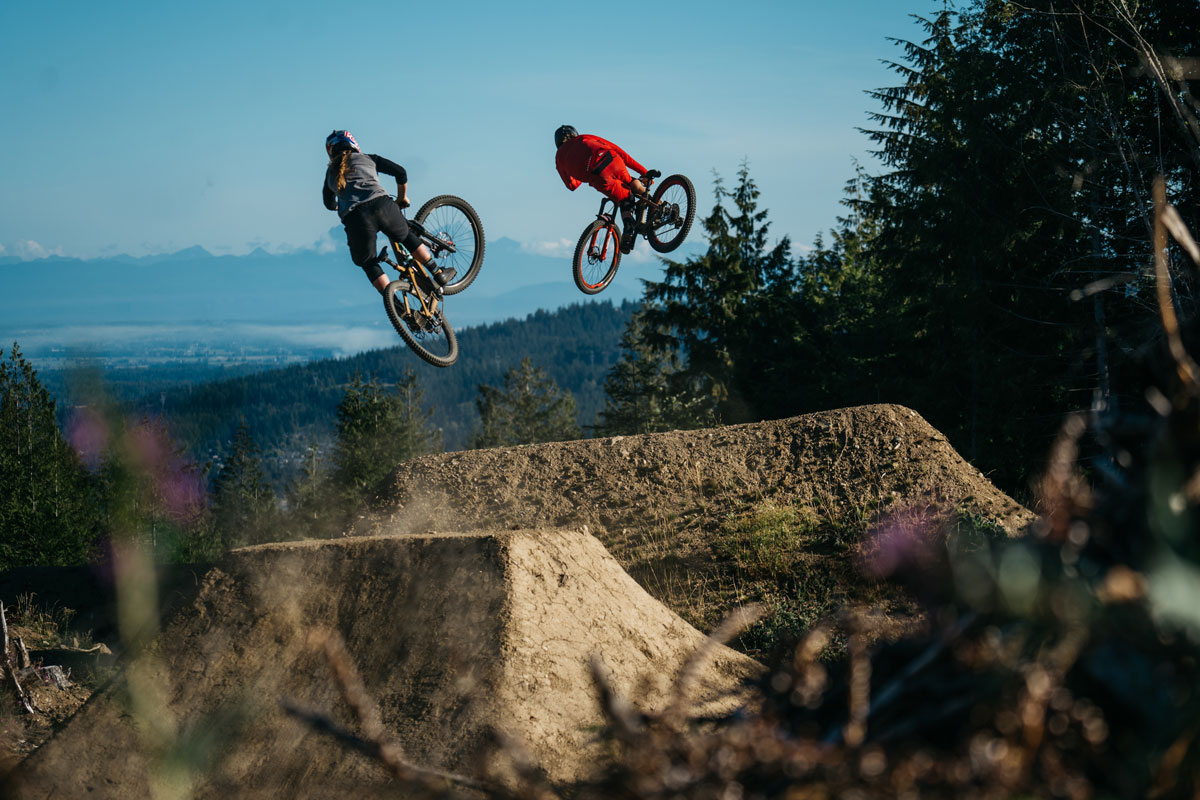 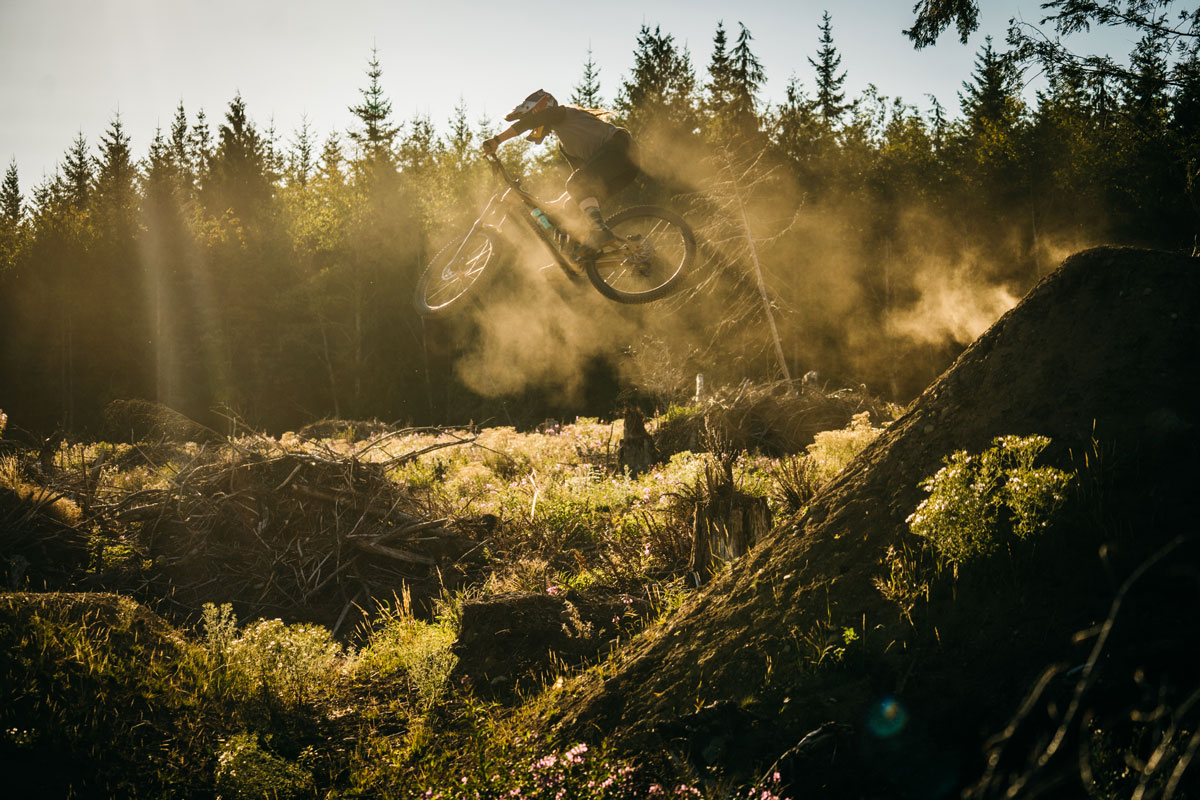 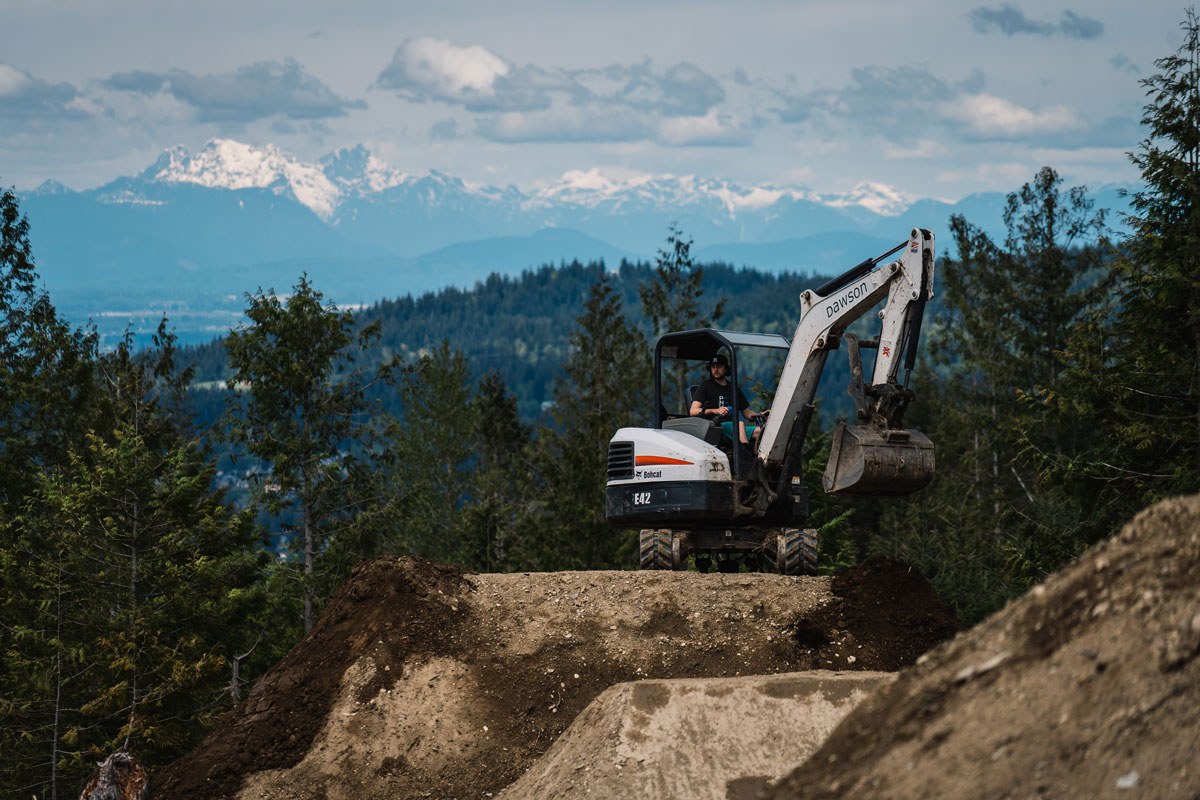 Skye Schillhammer is a rider, photographer and cinematographer for Transition Bikes in Bellingham. When he’s not on assignment or on a bike, you can find him deep in the woods building trails and soaking in the PNW.