ENLIVEN YOUR
KAYAK PHOTOGRAPHY
Story and photos by Neil Schulman

As we venture into the watery part of the world, it’s time to confront an ugly truth: most kayaking photographs are boring. Inevitably, paddlers come back from every trip with images of tiny boats off in the distance, the bow of their kayak and some kayaks sitting on the beach. Few of these images capture the magic of paddling that captures us. 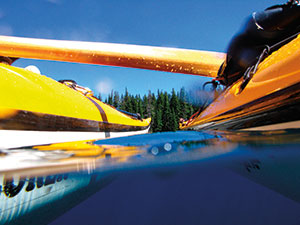 As a photographer with a specialty in paddlesports, I’ve learned these tips you can use to add creativity to your photos.

It’s not the camera
People, not cameras, take photos. Many of my best-selling images are taken with an inexpensive waterproof camera I keep in the pocket of my PFD. These cameras have more capability than most casual users realize. It’s vision and skill that make the difference.Have a message
Photographers babble endlessly about f-stops, HDR processing, and flash ratios. Amidst all the technical mumbo-jumbo, we forget that photography is a means of communication. Technical skill is meaningless without something to say.

Before you take out the camera, decide on a message. The fluid grace of a paddler at sunset? The knot of fear in your stomach before dropping into a big rapid? Exhaling as you leave the world of deadlines and e-mail? If you can’t name it, you won’t be able to convey it in a photograph.

Evoke, don’t narrate
Photographs don’t communicate in a linear way. Their power is in the ability to evoke an emotion, rather than narrating a story with a beginning, middle, and end. If linear storytelling is your goal, shoot video. Photographs communicate more through metaphor and visual cues. Think in terms of universals: exhilaration, wonder, fear, and mystery. Still images are like writing poetry to video’s prose. 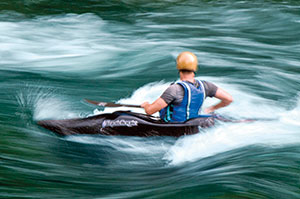 Understand light
Light is the raw material. Great light can make a mundane subject transcendent, and poor light can render the most incredible subject boring. Learn how light interacts with different kinds of subjects, how it cycles through the day and the weather and how to manage it. Because your camera sees light very differently than the human eye, understand how the camera’s light meter sees until it’s second nature.

Know the rules of visual language … and break them
Humans view photographs mostly in our midbrain, the instinctive part of our consciousness. We react to photos in fractions of a second based on a set of hard-wired visual cues passed down through millennia. Principles of composition go back to ancient Greece.

Learn how to convey depth, motion and emotion in a two-dimensional still image. Learn the golden proportion, the golden spiral and the meanings of different lines, colors and spatial arrangements. 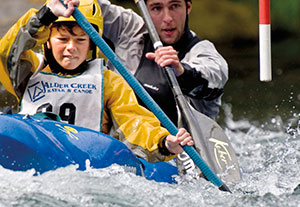 But don’t be a slave to the “rules of composition.” I freely slant horizons, underexpose, or force the viewer’s eye somewhere it doesn’t want to go when I want a visual tension that mimics the emotional tension I’m trying to evoke. After all, intensity and fear are inherent elements of paddlesports.

Move the camera
The single hardest thing about kayak photography is finding good camera positions. Unlike hikers, paddlers don’t climb ridges and descend into canyons. We’re always sitting on the water at the same height as our comrades, with a bow taking up space in front of us. Get creative. Scramble up rocks, lay down in tidepools, go for a swim. Get up close in rough water. Make it interesting however you can.

Above all, get out and shoot
Then edit ruthlessly, look at the work of others and shoot again. Develop your own vision. X

Neil Schulman is a photographer and instructor based in Portland, Oregon. His clients include Adventure Kayak, The Oregonian, CanoeRoots, Canoe & Kayak, Alder Creek Kayak & Canoe, and Wild Coast Publishing. You can see his work at neilschulman.com/neilschulman2 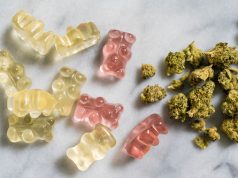