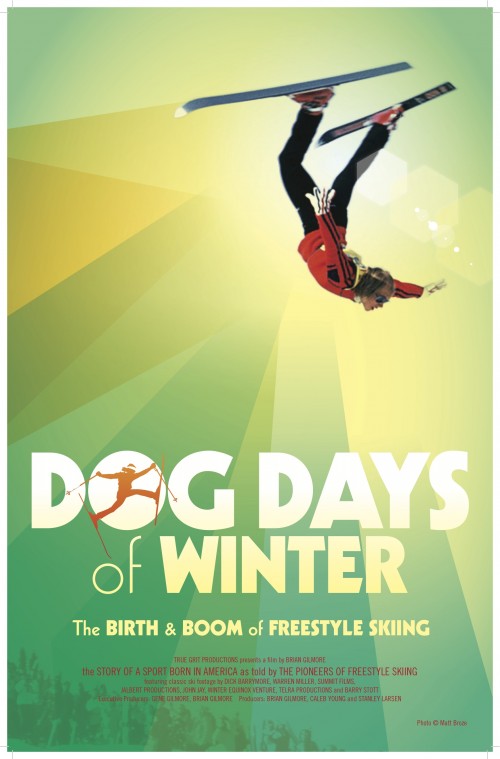 Trailer #1 for “The Dog Days of Winter” from Brian Gilmore on Vimeo.

“Dog Days of Winter” is the first feature length documentary on the start up of organized freestyle skiing during the early 1970’s in America. Told from the point of view of some of the most influential pioneers of the sport, “Dog Days” tells the story of key people and events that set the stage for the birth of the sport, the spirit that freestyle is rooted in, factors that took the “free” out of freestyle and what has become of the sport today.

This is a special prerelease screening of the film produced and directed by Bellingham resident, Brian Gilmore. Gilmore spent close to 3 years collecting interviews from 34 skiers including legends such as Stein Eriksen, Bobbie Burns, Wayne Wong, Suzy Chaffee and Jonny Moseley. Also showcased in the film is an outstanding collection of vintage ski photos and film, much of which is out of print or never released.

Working on a shoestring budget while working a full time job as a youth counselor, Gilmore benefited greatly from an amazing filmmaking team from Bellingham and Seattle to help him complete his first feature documentary, many of whom will be in attendance for this special one night screening.