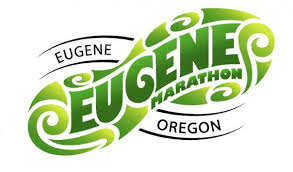 THE 2016 EUGENE MARATHON MARKS THE 10TH ANNIVERSARY OF ONE OF AMERICA’S PREMIER MARATHONS BEING HELD RIGHT IN TRACKTOWN USA!

That’s right, a decade of fast times and personal triumphs running in the footsteps of legends.  Named a “perfect race” by Runner’s World magazine, you’ll enjoy a scenic, USATF-certified course known for its flat and FAST route as it passes through beautiful parks and tree-lined paths that crisscross the picturesque Willamette River.

Whether you’re a first-time racer or a seasoned veteran, you won’t find a better running destination in 2016 than the 10th edition of the Eugene Marathon and Half Marathon. And no matter what race you choose, you’ll break the finish line tape in front of cheering fans on the legendary track inside Historic Hayward Field – one of the world’s most revered track and field venues and home to iconic athletes and coaches such as Steve Prefontaine, Bill Bowerman and Ashton Eaton.

Join us for a celebration of human will, determination and triumph this coming spring during the 10th running of the Eugene Marathon. And make your own unforgettable history.