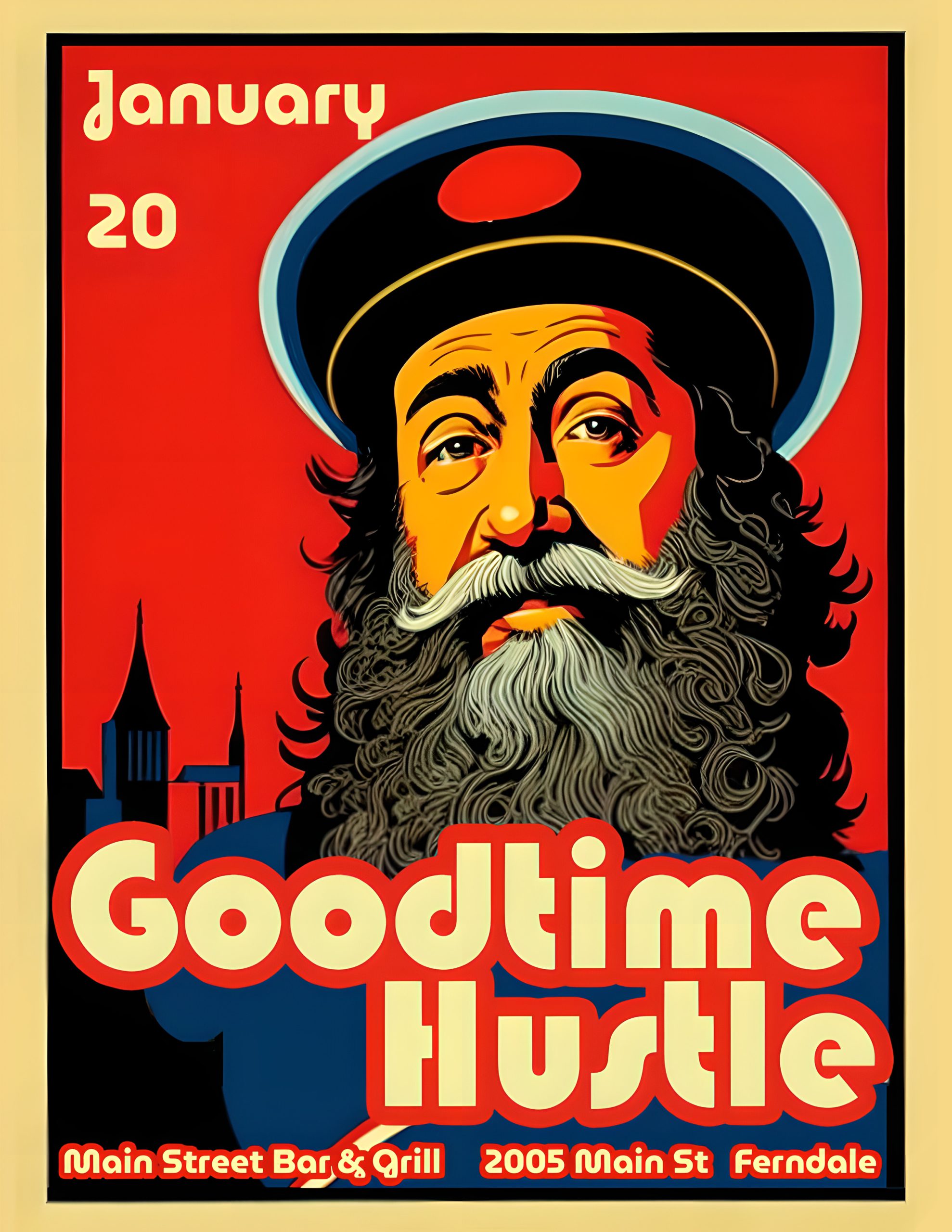 Goodtime Hustle, a four-piece alt-country jam band based in Seattle, features Chris Denny on lead guitar, Michael Gagliardo on bass and Tom Lash on drums. In the band’s music, Goodtime Hustle’s frontman, Bud Weather, tells the story of his life as a psychedelic outlaw. Honed by “a good long time to think about what you’ve done,” Bud’s songs are as honest as they are absurd as he twists a tale of uncommon crime, kafkaesque punishment and 10 grams of make believe LSD.

More information about the event can be found at bit.ly/mainstreetbarandgrill120