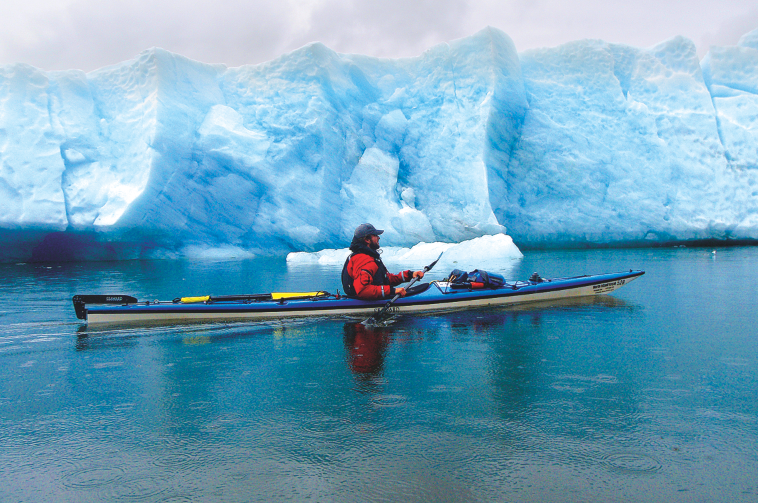 The summer before graduation, the standard question – “What are you doing next?” – became ever frequent anytime I saw grandparents, uncles, aunts or old family friends. I had hobbies and passions, but like most 18-year-olds, I had no idea how these would translate into future plans. I was unsure what to do.
One evening while hanging out with my friend Matt, who was facing a similar dilemma, we thought about spending a summer in a new place, getting a different perspective and having an adventure. From that moment on, we knew were going somewhere the following summer. We just needed to figure out where to go.

We eventually set our sights on kayaking the Inside Passage, a coastal route along the inland seas and open ocean from Washington to Alaska. We began poring over maps to plan our route. The area we were most excited about was the Misty Fjords National Monument Wilderness Area. This area intrigued us because legislation prohibits motorized vehicles or permanent structures there. We knew we could feel the most remote in that place. Centering our planning around this area, we then started looking for start, resupply and end points.
We decided to take a ferry from Port Hardy to Prince Rupert, BC where we would start kayaking. Using the ferry would give us more time to explore east to west as opposed to just heading south to north. We figured we would enter Alaska through the Dixon Entrance, paddle through the Behm Canal, resupply in Wrangell, paddle the Tracy and Endicott Arms and end in Juneau. One of the really nice things about a trip of this length was that we did not need to plan where we would be each night.
The group consisted of eight members. Matt was one of my best friends from high school, and we would end up taking a year off after high school to live in South America. There were Dan and Alec, who had the most experience kayaking, and Carl, AJ, Erik and Eric had all been on previous longer trips together. We all had loose ties to one another, but we came together for this trip because of our love for adventure.
With all of the logistics we could think of planned, food sent to the resupply point, all of our gear triple-checked, our return flight booked and US Border Patrol informed we would be checking in at Wrangell (the first official border crossing), we started heading towards Vancouver Island with 850 miles of beautiful Pacific Ocean between us and our destination. 48 days to go. 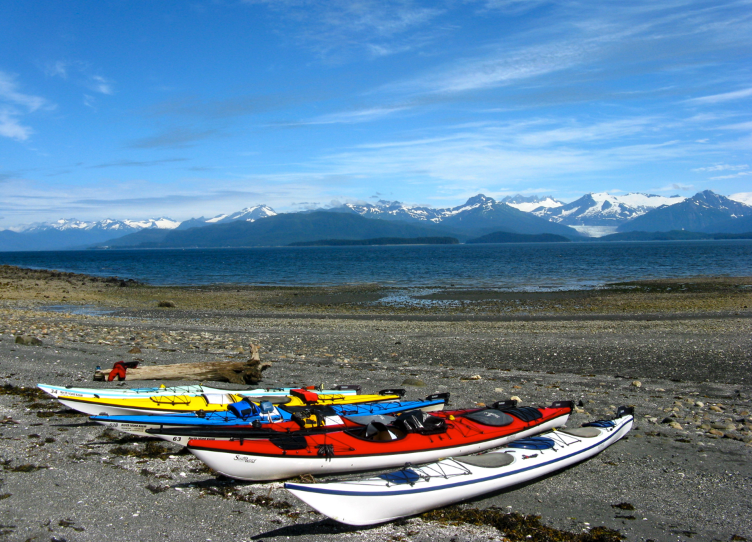 As we unloaded our kayaks from the back of the ferry, we knew we were carrying all the gear we needed for the next seven weeks. We also knew that for any and all challenges we would face, we only had each other to lean on with little to no outside help. Looking around it was clear that this thought made us all a little uneasy.
A thousand questions raced through my mind. What was I doing up here? Some of us had only met a few days ago – how would the group dynamics work? Did we have the skills to deal with all of the unknown challenges and problems? Were we all being stupid coming to such a new location? And yet, looking around, it was also clear that we were all excited to get started. We were all excited to challenge ourselves, explore this remote and beautiful area, and learn and grow together. With the snap of the elastic cords from our spray skirts tightening over the cockpits of our kayaks, we were off.
I took my first paddle stroke. The water was calm, clear and cold. With each stroke, my muscles began to loosen and my nerves started to ease. As the town of Prince Rupert faded into the background, we were off. All of the months of planning and anticipation led to this moment. 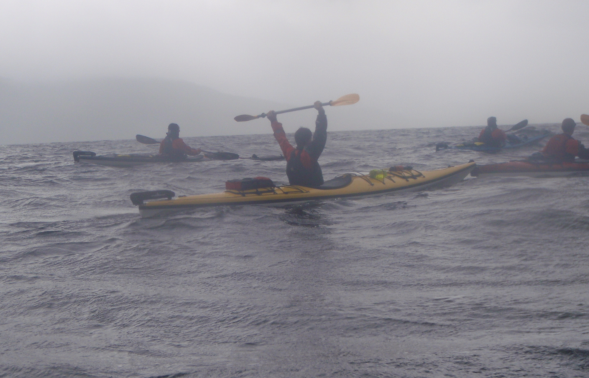 The first few days were characterized by meticulous checking of the tide and current books to make sure we were paddling with the right currents. We set alarms and kept close tabs on our watches; we were on a schedule. We felt trapped—where was the freedom we wanted?
On the evening of day three, we made a decision that defined much of the rest of our trip. As a group, we decided that in order to truly feel free, live simply and be in touch with nature, we needed to be free from time. We took all of our watches and tide books and put them to the bottom of our dry bags, committing not to take them out again for the remainder of the trip.
For the first couple days of living on “our” time, we struggled. One night, we woke up with water two feet from our tent doors. A few days later, we ended up in the middle of some tide flats with not enough water to paddle. At times, we got frustrated and talked about pulling out the watches and tide books again. But every time we thought about it, we never did. Instead we adapted.
We started camping in the woods. When we found ourselves paddling furiously into head-on currents, we pulled over to eat a snack, take a nap or play some cards until the tide and current switched. It was incredible not living by a schedule. For the first time in my life, I felt free from time. We woke up naturally. We paddled until we were hungry, then we paddled until we were either tired or found an awesome place to camp for the night. We listened to what both nature and our bodies were telling us. Some days, we paddled only a few miles; others, we paddled well past sunset because we were having too much fun surfing the waves as they pushed us farther along our route. 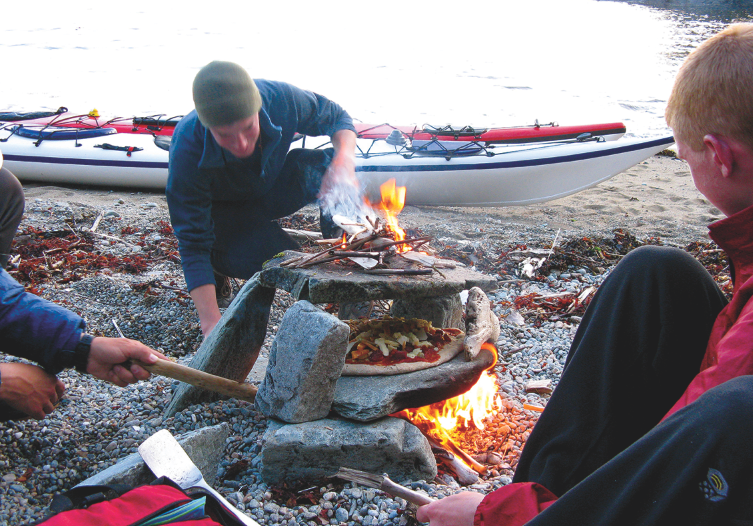 Mealtime quickly became one of our favorites, especially dinner. Often our morning paddles would be quieter time as we took in our surroundings, watching seals, orcas and humpbacks swim powerfully by and admiring the icebergs, waterfalls and mountains rising straight from the ocean. After lunch we paddled in a close group talking, laughing and enjoying each moment as a close group of friends.
Almost inevitably we would talk about food, sometimes what we missed most, but mostly what ingredients we had and what we were going to make for dinner. We would often spend multiple hours around the fire cooking. Some of my favorite moments from the trip happened when we were all just hanging out, working together and of course laughing.
One of these occurred around day 25 just north of Wrangell. We had spent the day playing tag through a field of icebergs before ending up in a beautiful, secluded campsite surrounded by waterfalls. As the sky started to change into a magnificent blend of pink, red and orange, we caught our first salmon of the trip. As the fish was reeled in we were all exuberant to have some fresh food for the first time in a month.
After that night catching salmon became a daily activity. The run had started! It was amazing to witness the sheer number of salmon that push their slippery bodies back to the place they were born. We witnessed this phenomenon and ate salmon until our last evening camping just outside of Juneau.

I’m often asked if it was worth giving up a summer. Would I do it again? What did I gain from this trip? The answer to the first two questions is easy: of course. The final question is tougher.
I gained so many things from the days spent paddling the Inside Passage. I gained self-confidence, a belief that I could push myself through any challenge and learn new technical skills. But what I will cherish the most are the friendships and bonds I will have for the rest of my life with the people who were there with me. I have never felt so comfortable and trusting in such a short amount of time with any group of individuals. When you’re together day in and day out in such a new and incredible place, following the patterns of nature and relying on each other, such a strong bond is bound to happen. x 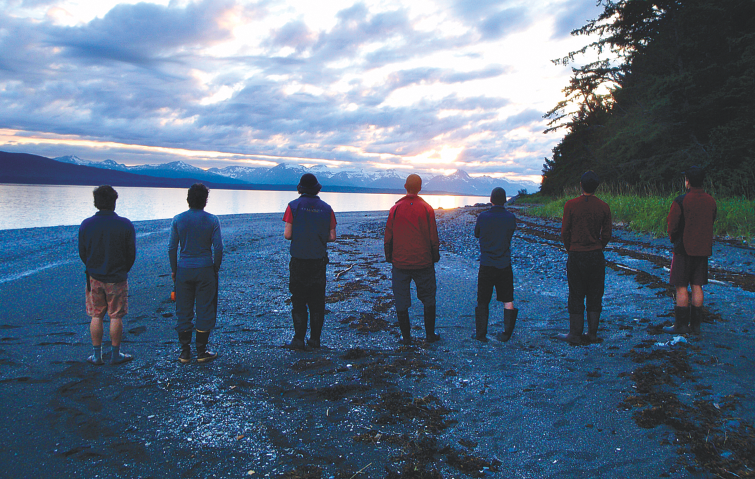 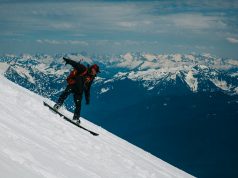 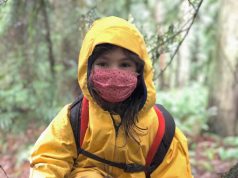 Forest schools fill the gaps for families during pandemic