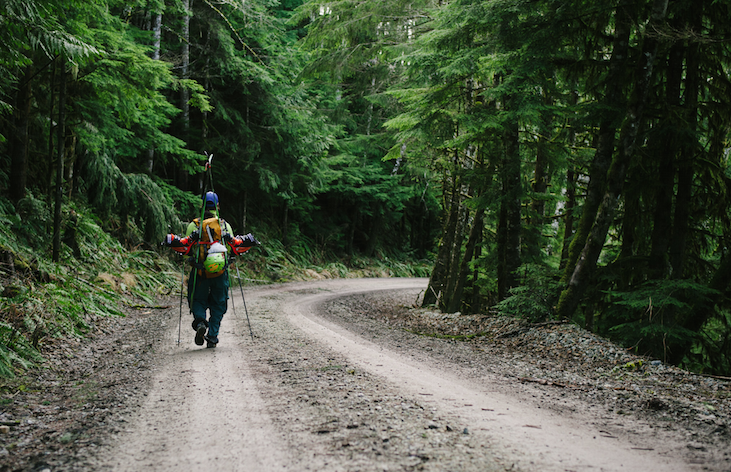 Go up, my friend

Dealing with the winter that wasn’t

For northwest skiers and riders, a warm winter has melted dreams of backflips over the Baker road gap, bottomless laps on Pan Face and sidecountry pillow lines. You know it’s bad when the northeast is having a better snow year than Mt. Baker, but how bad is it, really?

The Northwest Weather and Avalanche Center recorded a snow depth at Mt. Baker Ski Area of 33 inches on February 1, which is 27 percent of normal, with records dating back to 1926. The record low for that day was 17 inches in 1981; the record high was 234 inches in 1933.

According to Mt. Baker’s website, we haven’t had a season this un-snowy since the winter of 1976-77. The chart shows snowfall and snowbase depth statistics from three of the worst snow years (including last winter), all of which went off with tons of snow in late February/March. “Looking at the statistics, previous comparable seasons have seen fantastic spring snowfalls,” the site points out, remaining optimistic for the rest of the season.

In a recent blogpost, northwest weatherman extraordinaire Cliff Mass recognized that warm/dry early winters in the northwest are often followed by cool/wet springs, but he didn’t seem to think this year would follow that pattern due to a high pressure ridge that shows no signs of leaving.

“Virtually every tool at my disposal suggests that the preternatural warmth will continue,” he said.

There have been some great days at the ski area – the week after Christmas stands out – but by and large, the view from White Salmon Lodge has been depressingly bare. As Glacier snowboarding legend Jeff Fulton said, “We’re all just trying to suck it up, wait it out and hope for more snow.”

Meanwhile, the mountain biking and whitewater kayaking have been great, trail running is a year-round sport and you can even get wacky and take your ice tools to a rock crag like Jason Martin (see page 42).

For dedicated snow seekers, a little vertical effort can pay off. Contributor Cory Tarilton pointed out this season’s advantages in a post to the “Backcountry Skiers and Snowboarders of BHAM” Facebook wall:

“Road access is awesome right now, snow is pretty safe, the snowpack is fat up high and snowline practically starts in the alpine… Anyone want to get weird in the mountains this week?”

Using nature to stay present in the time of Covid-19

Ski to Sea canceled for second year in a row