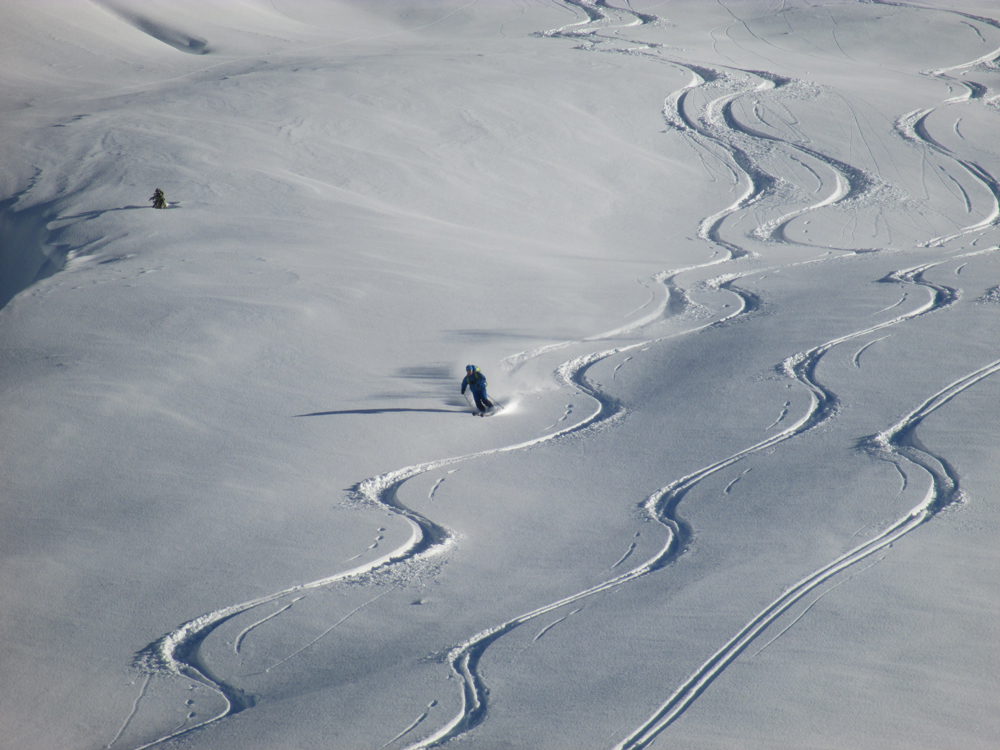 The words skiing and fun are essentially synonymous. The art of skiing is one of the most pleasurable pastimes in the world. There is nothing quite like sliding on the snow at a beautifully maintained ski area.

Except for skiing the backcountry, that is. Resort skiing is great, but in a straight-up comparison, backcountry skiing is just more fun for many people. Earning those blissful turns feels more rewarding.

But skiing in the backcountry can be intimidating. Assuming one has easy black diamond skills, three factors might keep a skier from venturing into the backcountry: equipment, avalanche danger and navigation.

Backcountry skiers have two main choices for bindings: telemark and alpine touring. Telemark bindings have a free heel that is never clamped down, while alpine touring bindings allow the heel to lift for climbing and lock down for downhill skiing.

If you’re not already a telemark skier, you’ll probably want to start out on alpine touring bindings. Most resort skiers will have a much easier time with these, rather than learning a new skiing style while also navigating the challenges of backcountry skiing for the first time.

Binding choices break down even further, as there are two major types of alpine touring bindings on the market. The first is the often called the “frame” binding, which is similar to a resort binding and allows a skier to easily step into it. The second is the super lightweight “tech” binding, which uses a system of pins that slot into holes in the toe of special boots. The first type of binding (Fritschi Freeride, Marker Duke, Atomic Tracker, etc.) will be easier for the standard resort skier to adapt to and is more confidence-inspiring on the downhill. But most people these days ski on the second kind of binding (Dynafit, G3, Plum, etc.) because they’re lighter and more efficient for climbing.

There are dozens upon dozens of touring skis on the market, each designed with a different thing in mind. Some are super lightweight, while others are heavier but offer better performance skiing downhill. Most new backcountry skiers start with skis on the downhill-oriented end of the spectrum. While this adds weight for uphill travel, it makes the downhill portion of the day much easier, especially if the conditions are variable or difficult. Keep in mind, however, that you’ll spend 90 percent of the day going uphill.

To actually go uphill on touring skis, you’ll also need a good pair of climbing skins. Skins, which are usually synthetic but used to be made exclusively from animal fur, attach to the skis for uphill travel. They allow the ski to slide forward but not backwards. They’re peeled off and stowed in the pack for the downhill action.

Touring boots are similar to downhill boots but they’re designed with an uphill mode with more forward flex for ergonomic uphill movement. Ideally, a new backcountry skier will be able to find a boot that works well for both the uphill and downhill. Ski shop employees can help you find a model that works well for you.

An average of 27 people a year died in avalanches in the last 10 years in the U.S. alone. One person was killed in an avalanche just outside Mt. Baker Ski Area last year.

There is really only one way for the new backcountry skier to adequately address avalanche danger: a full three-day avalanche safety course. The best avalanche safety programs conform to American Avalanche Association standards. Locally, these are identified as American Institute for Avalanche Research and Education (AIARE) compliant programs. The American Alpine Institute provides AIARE Level I courses at Mt. Baker every weekend.

For these courses, you’ll need to buy, rent or borrow the final equipment on the list: an avalanche transceiver, probe and shovel. You’ll carry these items every time you venture into the backcountry but ideally you’ll never use them. They’re in your kit so you can rescue your partner if they get buried in an avalanche. They are not avalanche repellant.

Skiers regularly enjoy resort skiing in the flat light inside a fog bank. While marginally dangerous in the resort, these conditions become serious in the backcountry. Obstacles are only the beginning of the problem. You also need to know where you are and how to get home in a whiteout.

Backcountry skiers should learn to use a topographical map, compass, altimeter and GPS. These are all tools you can learn to use through online resources and by playing with them in the front country.

Historically, GPS units have been very expensive. Today there are a number of phone apps that can be used in airplane mode in the backcountry. My personal favorite is called Gaia GPS. These apps are not super intuitive and require practice before using them in the field. Remember: GPS units often have replaceable batteries whereas the opposite is true for smartphones. A dead phone won’t get you home.   x

American Alpine Institute designed these courses to be easily combined with an AIARE Avalanche Level I. 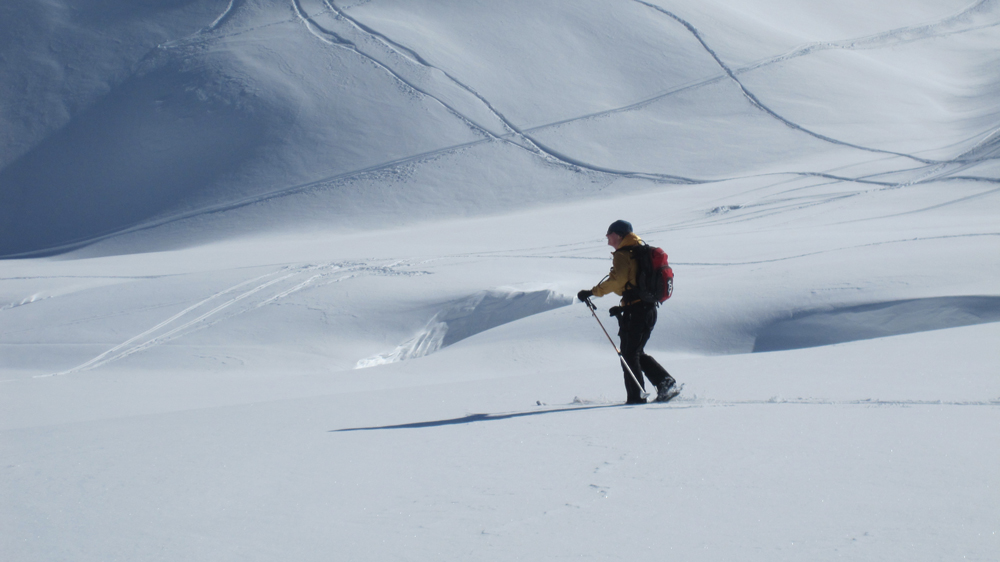