I HEARD IT ON THE HIGHWAY

On winter mornings when the snow is dumping in the mountains, cars flow single file down the whole length of Highway 542 to get the goods.

A similar effect happens periodically throughout the summer, especially when major musical acts perform at a few of the area’s biggest musical gatherings. Highway 542 hosts a variety of music festivals, and you might be surprised at some of the stars making the drive this summer.

The fest features renowned rock and country acts both local and international, but and a non-stop schedule of performers. Beer gardens, a mechanical bull, an international wood carving contest and a pancake breakfast are all on the docket.

Country star Jamie O’Neal was recently added to the lineup, and brings her soulful voice and captivating stage presence to the star-studded lineup. O’Neal has been nominated for four Grammy awards, and has toured with Reba McEntire, Kenny Chesney, Martina McBride, Alan Jackson and Toby Keith.

Some of the nonprofits involved this year include local food banks, Mount Baker youth sports, Summit to Sound Search and Rescue and Allied Arts of Bellingham.

Tickets for two-day admission are $85 for the bleachers and $95 for the concert bowl. Camping fees are $35 for non-hook up camping and $55 for hook up camping. Parking is $5.

Other acts you won’t want to miss include young superstar Hamilton Loomis and the virtuoso Kansas City trio Trampled Under Foot.

The Blues Foundation honored the Mt. Baker Rhythm and Blues Festival with their 2013 Keeping the Blues Alive Award.

A pass for the whole weekend, including camping and showers is $125. A Saturday pass is $65 and a Sunday pass is $60.

Last year, Bellingham favorites Polecat performed alongside the likes of J Wagner, Pretty Little Feet, John Elliott and Cajun Country Revival. If you hanker for mighty fine pickin’ and singin’, this mellow festival is a can’t miss. Workshops, kids activities and food vendors round out the three days of festivities.

Check the website for updates to this year’s lineup and prices. 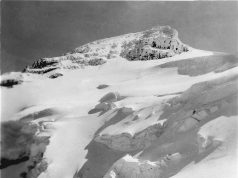