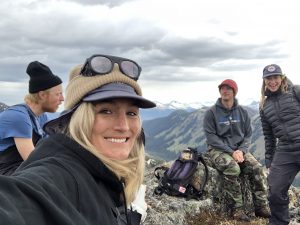 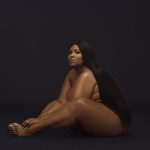 Album:
For the ladies: Cuz I Love You, by Lizzo
Not new but if you somehow haven’t listened to it yet. Either way, good vibes and self positive.… Still gets me in a mood. 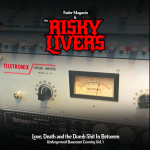 For the Fellas: Love Death and the Dumb Shit In-Between, by Fader McGavin and the Risky Livers
Rough old country vibes, buddy of mine from Jackson Hole, WY. 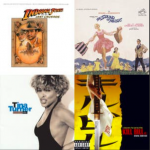 Movie: Instead of a movie, we’ve all seen plenty of those right now. So, I’m gonna recommend a playlist of some of my favorite movie soundtracks! I really enjoy putting these on at random points of the day when they feel applicable. They get me in the adventure spirit, romantic mood, nostalgic etc… I like to live my life like a movie! Use your imagination!  https://open.spotify.com/playlist/7Ifdo8kFxTFor2ohXwHSeC?si=Vp4jt1EKQiaxs6bZDYGHIA

Book: End Times: A Brief Guide to the End of the World, By Bryan Walsh
If you like Podcasts, there is a similar one called The End of the World, with Josh Clark. Highly recommend both, and I know they sound scary and like something you wouldn’t want to read or hear about during this time but they are both very informative and give you a really good perspective on the world and the existential threats (some more relevant than others…) we face as human beings on this planet. Very well done and lots of science! Loved both. 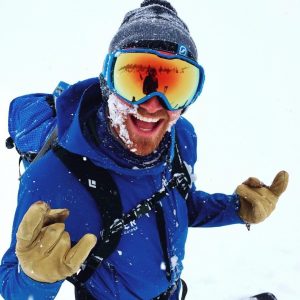 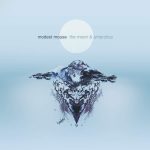 Album: The Moon and Antarctica, by Modest Mouse
Because the entire thing is amazing from start to finish. Modest Mouse is a staple, they are more reliable than pizza. If you don’t think so, you’re wrong. Also, Isaac Brock’s lisp is really cute.

Movie: The Lord of the Rings
All of them. Now. And while you’re at it, make it the extended edition because why not?  My partner is a super nerd and can recite all nine hours of film, nonverbal expressions included. Surprisingly, this enhanced my experience greatly. So if you are lucky enough to share a love seat with one of these elusive Middle Earth nerds, share the popcorn because you’re winning.

Book: One Hundred Years of Solitude, by Gabriel García Márquez
The Baker Mountain Guides squad started a book club just before the lockdown and this is our second selection.  This Nobel Prize winner is a classic for a reason.  Plus, I read this book in high school and it’s even better this time around — thanks growing up.  The commentary on liberals, conservatives, and bureaucratic fuss ironically reflects our current political landscape, #progress. Never experienced a digital book club before? Don’t fret, it’s a lot like all the other Zoom meetings you’re probably doing except there’s a book to go along with that tasty craft lager. 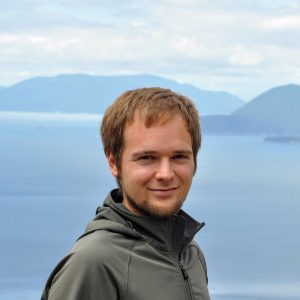 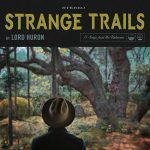 Album: Strange Trails, by Lord Huron
If there’s one album I’ve played on repeat the most in recent years, it’s this one. Full of enchanting, woodsy tunes, Strange Trails sounds like a walk in the woods. Themes of death and the apocalypse feel particularly on-point these days. But despite their heavy lyrics, Lord Huron’s songs are presented playfully with killer lines like, “I got a helluva view for the end of the world…I’ve got a bottle of booze and a beautiful girl…If I’m a’­goin to die I’m gonna go in style.”

Movie: Schitt’s Creek (TV show)
Ok, it’s not a movie. But Schitt’s Creek is exactly what we need right now: a delightfully funny show with 6 full seasons to binge while we’re stuck at home. Thanks to NPR listeners for turning me onto this Canadian comedy.

Book: Snow Falling on Cedars, by David Guterson
Despite living in Washington my entire life, I’d somehow never managed to read this book until now. Set on a fictional island in the San Juans in the 1950’s, it’s the perfect escape from reality. David Guterson — in a comment on my Instagram post mentioning his novel — describes Snow Falling on Cedars as, “a book that sweeps readers away into a different place and time.” Precisely. 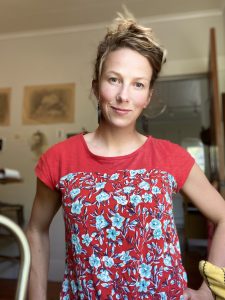 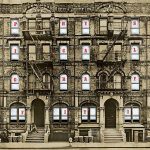 Album: Led Zeppelin’s Physical Graffiti
While bike touring down the Pacific Coast some years back, a friend and I stumbled across a gem of a vintage trailer park in Seaview, WA. We couldn’t help but splurge on an Airstream rental for the night, and much to our fortune, discovered it had a record player and Physical Graffiti. I have always been a Zeppelin fan, but this album is all time. I listened to it on repeat for the next thousand miles.

Movie: JoJo Rabbit
It is difficult for me to not recommend Point Break, but alas I must stray away for the moment to recommend this gem of a film. It uses humor and light to depict a unique perspective from one of the darkest times in human history. Consumed by Nazi propaganda, a young boy and his invisible friend Hitler encounter a Jewish girl hiding in his attic. That’s all I’m saying. Watch it. Be prepared to cry tears of joy and sorrow…at the same time.

Book: All the Light We Cannot See, by Anthony Doerr
This stunning piece of historical fiction is a riveting tale of a young blind Parisian girl and a German orphan who fatefully meet on opposite sides of the fight during WWII. Doerr poetically weaves a story of love, fate and war through a lens of science and metaphoric imagery that is simultaneously beautiful and haunting. 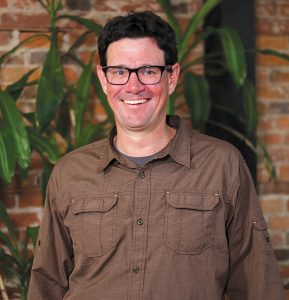 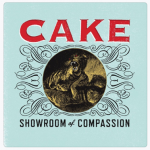 Album: Cake, Showroom of Compassion (special edition)
The album leads off with Federal Funding, which seems so appropriate right now for us all. Oddly enough, the lyrics tout, “you’ll receive the federal funding, you can add another wing”. While we haven’t received funds to expand our footprint, we are fortunate that we do have a new larger office space in downtown Bellingham – thanks to one of our benefactors! Got to Move and Italian Guy are also personal favorites on the album.

Movie: Fletch
In college, we watched this religiously and could recite every line. Chevy Chase as Fletch, epitomized the sarcastic, witty, spontaneous character that would influence my own character development and (often inappropriate) sense of humor. The multitude of personalities that Fletch takes on as an investigative journalist in this action packed adventure is guaranteed to entertain and provide comic relief.

Book: Dove
I read this book as a teenager and recently finished reading it with my 11 year old daughter, Violet. In retrospect, this book complemented the sense of adventure and travel my parents instilled throughout my childhood. I believe it also opened my eyes to the magnetism of sailing and high seas exploration- which I was able to experience in my 20s sailing in the Pacific Ocean, through the Panama Canal and throughout the Carribean. Dove planted the seed. 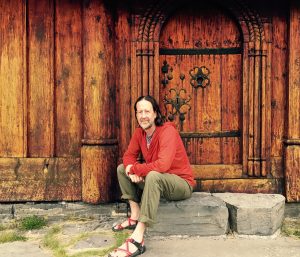 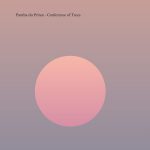 Album: I am really enjoying the new album from the eclectic German electronic composer Pantha Du Prince, so much that I bought “Conference of Trees” on vinyl to really hear the music in all its subtlety and blend of different instruments. Pantha du Prince asks the question “What does it sound like when trees communicate?” and the double-album is his attempt at an answer. Homemade wooden percussion sets the organic foundation of the album while cello, violins, xylophone, synths and bells add layers of interweaving tones to create a arboreal conversation. Fascinating stuff, often emotionally moving.

Movie: How about some amazing animation picks? “The Secret of Kells” is set in a monastery in 9th century Ireland and features nature spirits in the forest, Viking attacks, and the creation of the illuminated manuscript “The Book of Kells,” all portrayed in flowing, hand-drawn, Celtic-inspired illustrations. “Boy and the World” is the story of a young Brazilian boy leaving the idyllic countryside in search of his father who left to work in factories in a dystopian city — it has a very distinct and colorful visual style, showing the world through the eyes of an emphatic child, with close to no dialogue. Finally, HBO recently added the oeuvre of Studio Ghibli, the legendary Japanese animation studio responsible for classic films including “Nausicaä of the Valley of the Wind,” “My Neighbor Totoro,” “Howl’s Moving Castle” and – my favorite – “Spirited Away.” As quarantine grinds on, I can’t wait to indulge in all of them!

Book: Last year I bought a copy of “1,000 Books to Read Before You Die” by critic and lover of literature James Mustich, and have been slowly working through it and creating my own list of books to read — his recommendations traverse high and low art  across genres ranging from biography, sci-fi, history, children’s, classics and mysteries. So far, my favorites have been the Patrick Leigh Fermor memoir-trilogy of his long walk across pre-war Europe in 1933-34, beginning with “A Time of Gifts”; Gavin Maxwell’s “Ring of Bright Water,” a 1960 memoir about his life in a remote cabin in coastal Scotland where he raised wild otters as companions; and “We Die Alone,” the incredibly gripping story of Norwegian commando Jan Baalsrud on the run from Nazis in WWII in his home country, traversing snowy mountains, hiding in villages, surviving (barely) avalanches and frostbite with a mind-blowing will to survive.