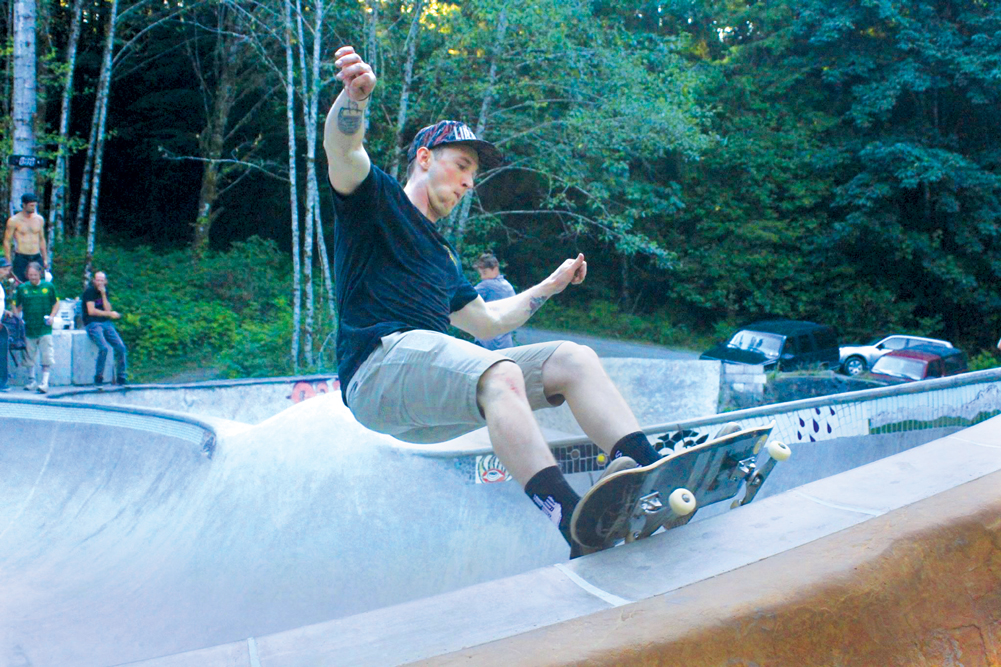 Glacier, Washington, is an exciting place in the winter. Snowboard legends pile into town with the snow and families stop by on the way back from playing in the mountains, their enthusiasm spilling out of minivans, cars and trucks and into shops and restaurants.

In summer when the dedicated snow chasers are gone, replaced by Artist Point tour buses, that sense of excitement may be less apparent. But it’s still there, especially down a dirt road behind Graham’s Restaurant.

Start down Coal Creek Road and even on a weeknight in May you could be greeted by the smell of brats sizzling above a bed of coals and the surf rock sound of Dick Dale and the Deltones coming out of a karaoke speaker, punctuated by the bark of aluminum skateboard trucks crunching across the concrete pool coping of the Glacier Skate Park.

The skate park, a half-finished, decade-long project taken on and funded by local skaters, is a summer answer to the ski area’s winter buzz.

“It’s a community gathering spot,” said Tad Elliott, president of the Glacier Skate Association. “I think it’s a way for the community, the snowboard community especially, to have something to fulfill the need in the summer. That was lacking.”

Elliott, a carpenter who moved from Pennsylvania to Maple Falls for snowboarding, is president of the Glacier Skate Association and one of several people who have picked up the torch for the Glacier Skate Park in recent years. After a busy winter, the association is getting ready to pour more concrete this summer to add to the current setup – a concrete Mickey Mouse-shaped pool-style bowl and a mini-ramp.

Over the winter, the association raised about $10,000 and got a $5,000 grant from the Tony Hawk Foundation. Elliott said that isn’t enough to finish the park – the existing bowl, which was built in 2015 with entirely volunteer labor, cost about $20,000. But it will allow the association to add to an existing section of the park that is barely usable right now.

In between runs in the bowl, carving and grinding to the king of surf guitar’s primitive sound, Elliott talked about the vibe of the park. It’s a little skate park with a lot of heart. The lip of the bowl is encircled in a mural of ceramic tiles handmade by snowboard legend Jamie Lynn and Mike Cummins, a tile artist, well-known skateboarder and snowboarder, and member of the family that owned Northwest Snowboards.

Volunteers – including some with professional experience building skate parks – poured and finished the concrete. It was all a labor of love, Elliott said, rather than something commissioned by bureaucrats in response to kids complaining about not having a skate park.

“It wasn’t built by government officials, it was built by the people who skate here and live here, from their own passion,” he said.

Many of the people skating the park that night in May helped it along in some way. Jamie Lynn was there picking a guitar, rigging up shop lights so the session could continue into the night and taking runs in the bowl. He has donated artwork to the association’s fundraisers for years, which has raised a big part of the skate park’s funds.

Even Jeremy Miller, who played a bigger role than anyone in getting the park started, was riding it. Miller did much of the early work, buying materials out of pocket, moving piles of dirt and coal (the site used to be a coal mine) and learning to sculpt concrete as he went.

He also started on the road to legitimizing the skate park years ago, working toward an agreement with the landowner, who’s now on board with the park and a fan of skateboarding, Miller said, and a conditional-use permit from the county for construction.

A few years ago Miller moved to eastern Washington, where he guides fly fishing trips. He’s still involved with the project from afar, though he can’t always be there when he wants to be.

“When they poured the bowl I was stuck at work wishing I was there,” he said.

Miller dedicated a lot of time to the project and found support in a lot of places, but he didn’t always have help and there were fewer local skaters to work on the project. “Maybe the timing wasn’t right,” he said.

Ten years after Miller poured the first lumps of cement in an area that was an eyesore and illegal dump at the time, a community has formed around the skate park and taken up the cause.

Learn more or support the skate park at glacierskateassociation.org. 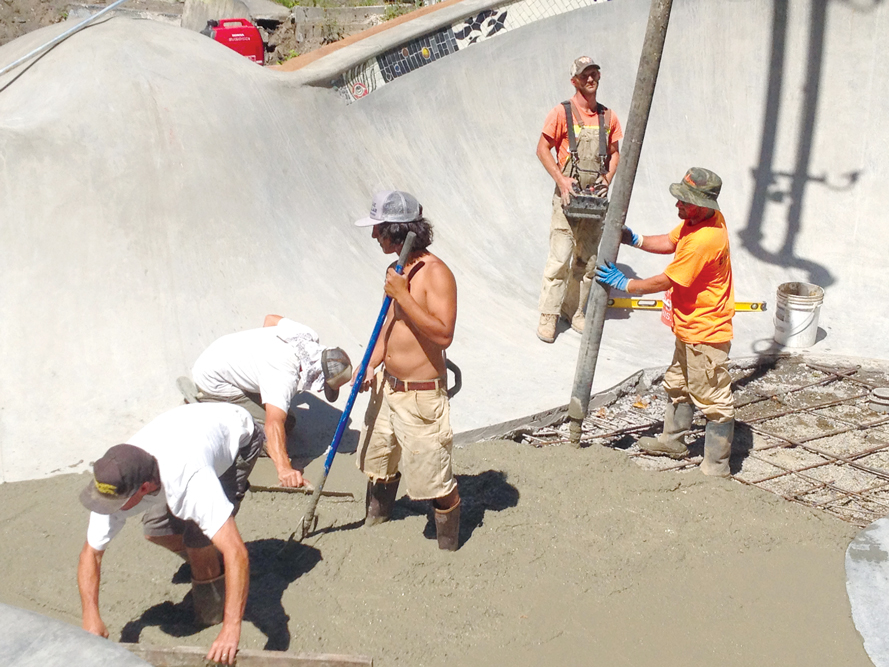