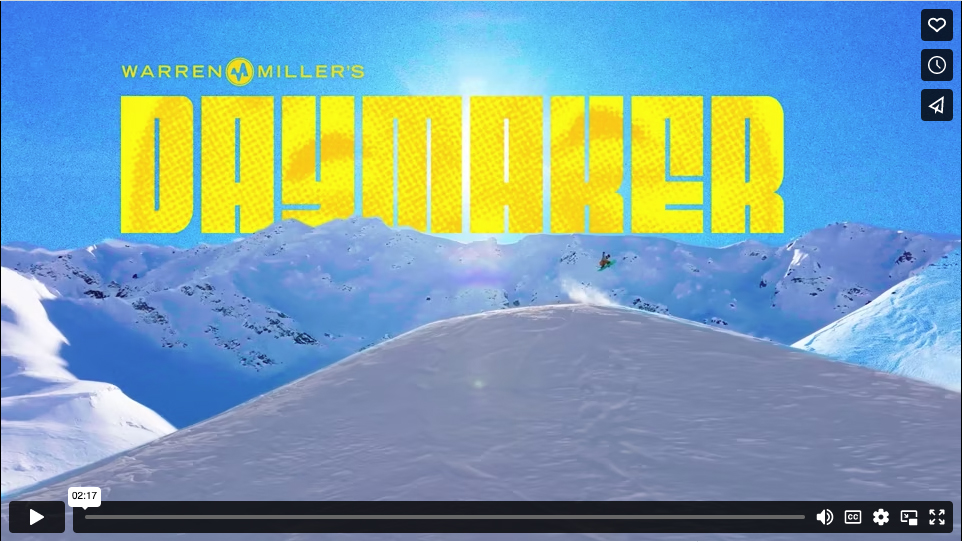 With multiple locations and storylines, it was shot similar to other Warren Miller films and will be shown all over North America.