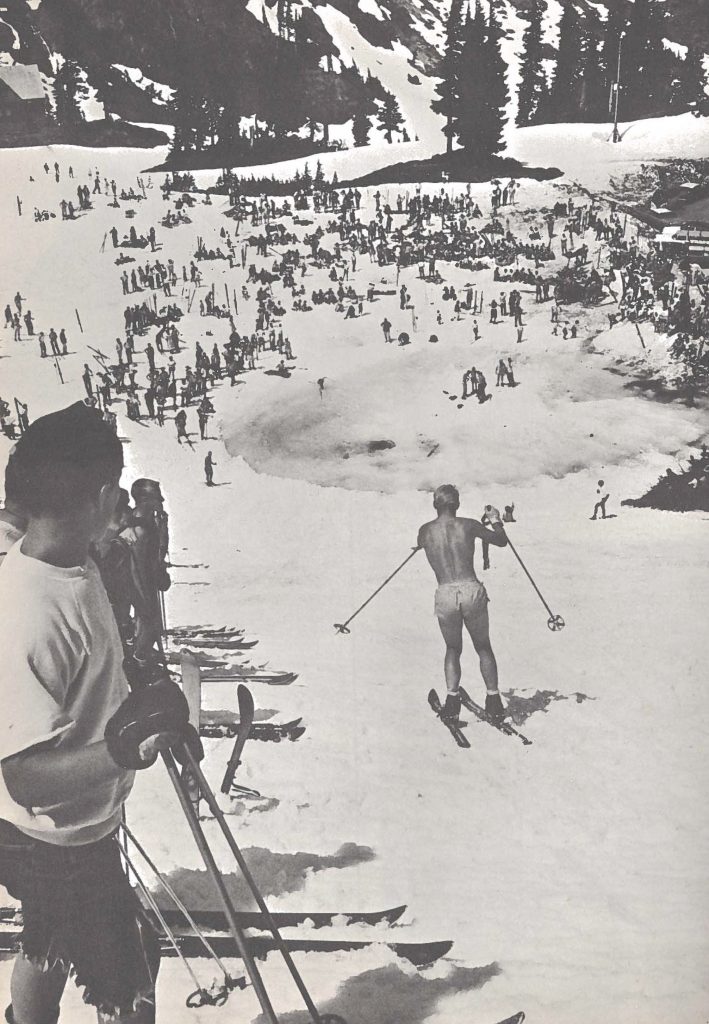 Deep, wet snow, steep terrain and pond skimming: A few years after the first ski lift came to Mt. Baker in 1953, those are among the things the area was known for.

Early each summer, skiers and snowboarders gathered at Terminal Lake, near the Heather Meadows Visitor Center, to ski across (or into) the recently melted-out lake. That’s the idea behind the late-season pastime of pond skimming. After a decades-long hiatus, the Mt. Baker Slush Cup has resurfaced.

The Mt. Baker Slush Cup became a staple of Warren Miller ski films throughout the 1950s, ’60s and ’70s after Warren first filmed it in 1954, (or maybe 1953 – Miller has said both in various articles). Those early Baker skiers in leather boots probably didn’t invent pond skimming – the people of Banff, Canada, claim their end-of-season pond skim party dates back to 1928 – but Baker’s was the pond skim that spawned a movement.

At least, that’s what Warren Miller thought: “In the 60 years since showing the 1954 Slush Cup at Mt. Baker, it has become a tradition at almost every ski resort in the world to try and replicate what happened that day,” he said in a 2015 article in Kalispell, Montana’s Flathead Beacon newspaper.

He’s not exaggerating about the global appeal of pond skimming – people from the Canadian Rockies to the Andes, New Zealand and the Alps attempt to plane across icy water on skis and snowboards, either at random or in ski resort-sanctioned parties. 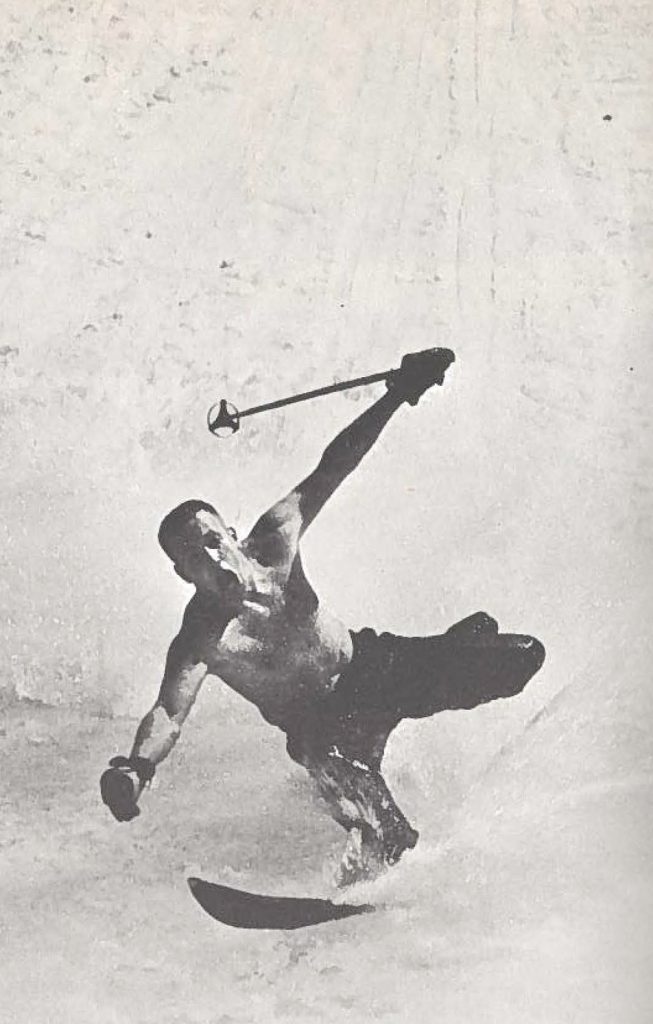 In the book “Mount Baker,” authors John D’Onofrio and Todd Warger write that the Slush Cup had its origins in the late 1940s, when the Komo Kulshan Ski Club organized a July 4 slalom race that included a pond skim. Several sources, including organizers of the current-day event, believe it first happened in 1948.

By the 1950s, the event drew big crowds to Terminal Lake or another nearby patch of blue water, to get soaked and celebrate the end of the ski season.

“The combination of high-altitude, hot July sun, high blood-alcohol content, and wobbly legs offered some fantastic, never before seen crashes for my next year’s feature-length ski film audiences,” Miller said in that same Flathead Beacon article about his first trip to the Slush Cup.

Many, like the skiers riding piggyback, or the guy with a chair mounted to skis, aren’t even really trying to make it to the other side. Sometimes, the journey is the reward.

The 1981 film “Ski in the Sun” shows skiers launching off a 10-foot jump into the center of the pond. Several go headfirst into 18 inches of water after flips go wrong. One double backflip, double ski ejection launches skis 50 feet into the air above a crowd of spectators.

As usual, Miller’s commentary is a highlight of the footage: “The water is about 18 inches deep, a number that exactly matches their IQ,” he said after one unsuccessful attempt across the pond.

The event’s wild nature may have been its downfall. In the early 1980s, the U.S. Forest Service and state patrol shut it down. Miller cryptically blamed the event’s undoing on drugs; other sources cite huge quantities of beer. “Cowboy” Wade Wiltse, an organizer of the current-day Slush Cup, mentioned something about biker gangs.

“It was rowdy. A hundred people would show up back in the day,” he said. Whatever the reason, the Slush Cup disappeared for much of the 1980s and 1990s.

Wiltse, 55, and an early Mount Baker Hard Core affiliate, not only attended the Slush Cup in the 1970s, he was a big part of bringing the event back after the turn of the century.

In the mid 2000s, a loose group of folks including Wiltse – the oldest person to jump the Mt. Baker road gap and a man who seems to embody the go-for-it spirit of the original event – brought it back. While the original event happened each 4th of July, the modern version is a little looser. In recent years, Wiltse announced a date (or multiple possible dates) on the Mt. Baker Slush Cup Facebook page about a week in advance, based on ideal lake conditions and weather forecasts.

Filmmakers Michael Dyrland and Wil Drake have also been instrumental in working on the event and promoting it through their films and making shirts and stickers. All three are inspired by the history and spirit of earlier Slush Cups.

“I think the fun they were having is the same fun we’re going for,” Drake said. “The videos show kayaks, people riding at the pond on each other’s backs, they’re all in jorts and bikinis. I almost feel like they did it even more outlandishly than we do.”

Thanks to the newly released historic footage, you can judge for yourself which generation did it better.

The 2019 pond skim will likely be held shortly after the road to Artist Point opens. Check the Facebook page facebook.com/MtBakerSlushCup/ to learn more.