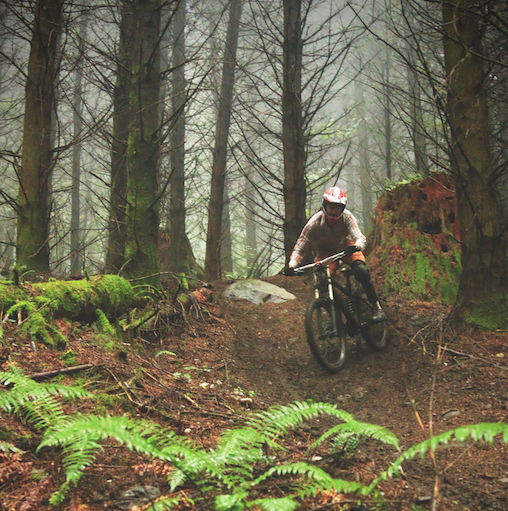 The other night I was winding things down, attempting a productive review of the upcoming week’s training sessions and weather forecast. I was listening to the rain pour down and trying not to imagine how cold and wet the trails were going to be the next day.

The evening’s radio program was showcasing a set of Chopin’s études. It was a familiar sound and, with my focus drifting away from the deluge outside, a particular piece caught my ear and gave me that goosebump feeling only a good set of notes can do. It sent me back to what it was like to practice that kind of music on the piano and, in general, what it was like to practice anything so intricate and expressive.

It’s about the act of mastery at any scale, whether it’s a single piece of music or a single trail on a mountain.

Étude is a French word meaning “study,” and in the musical context, denotes a short, technically difficult piece of music designed for practicing a specific musical skill, while also being expressive and beautiful. It’s not the kind of thing you can just sit down and churn out. It takes interpretation and practice.
Playing an étude is to music what riding a technical section of single-track is to mountain biking, whereas structured interval riding is more analogous to the rigid arpeggios and scales compulsory to any student of classical music. Each type of exercise is important in its own right, but it’s the études that keep the spirit healthy … which got me thinking about the week’s training plan.

“Seven times in a row,” my piano teacher used to tell me. “That is how many times you should practice a difficult movement to commit it to memory.” Seven may have been an arbitrary number – I remember it taking many more than seven repetitions to truly master a difficult piece of music. Yet that bit of advice has stuck with me because, at least for me, the “seven times in a row” invokes the calculated persistence required to sincerely master something. When I look back at those 10 years of piano lessons, I realize music was a tremendous medium through which to absorb (and appreciate) the concept of mastery.

Coming back to the next day’s workout, I thought of riding a trail that would be equivalent to playing an étude, and decided to pedal out to the Chuckanuts to practice a 1k section of especially gnarled, twisted, rooty single-track seven times in a row. Each loop was only about 2k, with a steep climb between each round.
The trees were dripping from the night’s rainstorm, and full of dense fog. I had rolled my way through the trail before, but never taken time to study it. The first time through, the roots and steep rollovers seemed unrelenting. I was clumsy, dabbing all over the place, fixating on each obstacle, hesitating, slipping everywhere. Everything was piecemeal and cumbersome. It was like facing the dense string of notes on a page of music for the first time. At first they pose a mass of discouraging obstacles, but after enough times through, you grasp the way they go together. Eventually the notes disappear, and it’s just music.

By the fourth time through, I was down to two dabs. On the fifth, I cleaned it and rode it faster than I ever had before. Rounds six and seven I discovered even smoother, faster lines.

Persistence, with music, mountain biking or any other passion, brings the reward of mastering a piece enough to make the act of playing not just an exercise, but a rich, personal experience. Eventually you’ve done something that perhaps you’ve never done before, or in a new way, and the momentum carries you on to the next bit. Nothing feels so effortless and satisfying. To master a piece of music is not just to hit each successive note on the page, but to express, in your own way, the whole of all the notes together, to the point where the notes and the pages disappear and the motion of your hands across the keys is as much an expression of yourself as it is the music at hand.

For me, mastery is a relative experience. It’s not so much about being a “master” of something, but rather about the act of mastery at any scale, whether it’s a single piece of music or a single trail on a mountain. I was by no means a great pianist, but I certainly did master a few pieces of music. Devotion to mastery is, for me at least, the hallmark of sport. The discipline and inspiration to do something you’ve never done before is a form of that devotion.   x