The festival also has stops in Vancouver and the Lower Mainland

The festival includes 10 of the best paddling films of the year from all varieties of paddling – whitewater, sea kayaking, canoeing, SUP, wilderness packraft adventures, action, lifestyle and more. One film follows Lonnie Bedwell down the entire length of the Colorado River as he becomes the first blind person to kayak the Grand Canyon solo.

The festival is screening in more than 120 cities and towns across North America and around the world. This is the first time the global film festival will be screened in Bellingham, the only location this year in Washington state.

“I had been wanting it to come to Bellingham for years and it didn’t so I thought I would just try to make it happen,” said Kristi Kucera, owner of Moondance Sea Kayak Adventures.

Tickets are $15 and available at Backcountry Essentials in Bellingham and online at moondancekayak.com/paddling-film-festival-bellingham-wa/. Tickets will also be for sale at the door for $20.

The festival also has a March 15 showing in Abbotsford, B.C. See a full list of screenings here: paddlingfilmfestival.com/world-tour.html. 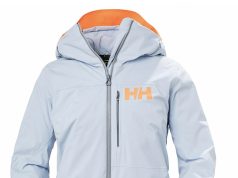