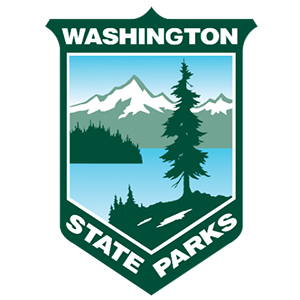 The new pedestrian, overpass bridge will provide safe passage between the popular beach and the Lost Lake parking lot off Chuckanut Drive. According to the news release, it will also be supported by a new trail reconfiguration. Construction on the bridge began November 1 and closed access to the trail, which will remain closed until work is completed in summer 2023.

Visitors have crossed the railroad tracks near a series of turns in the railway for decades, creating safety hazards due to limited sight distance. Beachgoers have also had to use steep trails down to the tracks. As part of the work, the existing trail will be formally decommissioned with fencing near the railway, and the trail will be replanted and returned to natural conditions.

“This [project] is in line with our agency’s mission and goals to protect the natural and cultural resources in this special area,” said ranger and area manager Amber Forest.

Larrabee State Park, which is Washington’s first state park, opened in 1915 and is a popular destination for outdoor recreationists near Bellingham. It is renowned for its hiking and biking trails, lakes, streams, marine shoreline and breathtaking views of the San Juan Islands.

Other new features will include a half mile of new trail, two boardwalks and a new bridge over a stream. These will all be located between the railway overpass bridge and the Lost Lake parking lot. The boardwalks will protect wetland buffers, preserving plant life, soil integrity and hydrology, the release said. Together, these changes will create safe access to Clayton Beach.

The construction process involves “launching,” or pushing the bridge over and above the railway from one side to the other with the help of heavy equipment and temporary stays. Next year, a permanent stair tower will be constructed on the west side of the railway. The span will be high enough for trains to pass underneath.