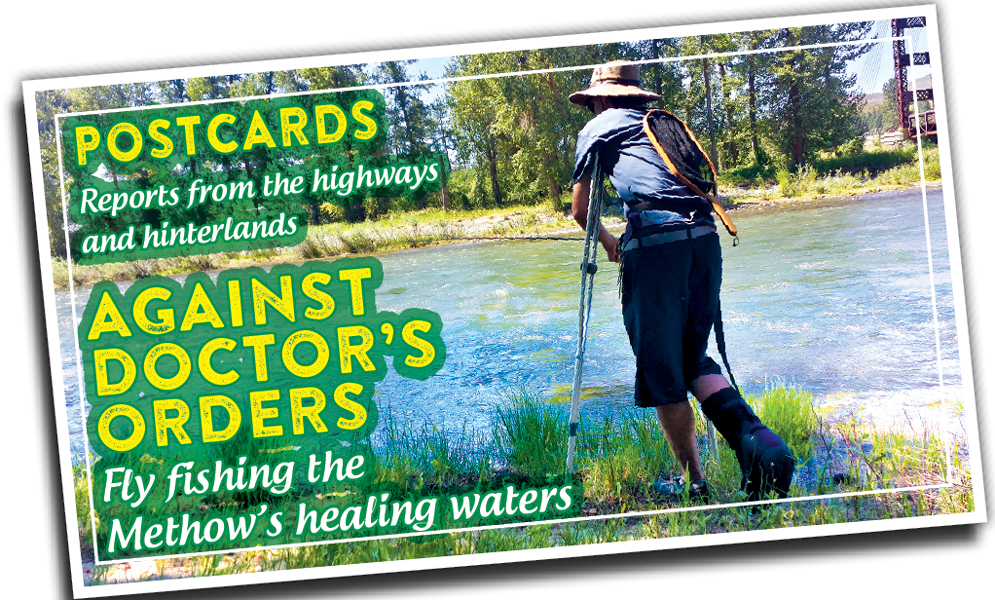 Story and photo by Nick Belcaster

I’d never seen a man drive a car with his left foot until that day. But then again there are many things I’ve never seen. Maybe it was time.

“Can’t be discriminating between feet, you know,” he said; again, something I’d never really considered. We were snapping along the North Cascades Highway in late June, my longtime friend Chris working the gas and brake with his left foot, a trick he’d recently picked up. Ten days before, his right foot was under the knife, his snapped fibula being fortified with titanium and a fistful of screws. The whole thing was bound up in a hard cast, but come hell or high water Chris was getting to the river.

The highway winds through dense forest and bellies up against some impressive rock faces and cliffs. I can just hear those final, almost comical utterances now: “Whoops, wrong pedal.” Enlightenment comes with a good belly laugh, it seems. And maybe a set of white knuckles.

We had planned this trip to keep Chris from going insane in his laid-up state. I figured a day of low-impact fly fishing would do him good, and the Methow River in eastern Washington had purportedly benefited from its catch-and-release management, resulting in more trout per river-mile – a win-win.

So left foot it was, setting us bounding around the corners and trying to beat a retreating sun. We arrived as night fell and camped next to the river, scouting the most handicap-accessible route to the bank and tossing our bags down. The stars blazed, and by 6 a.m. we were knee-deep in the Methow.

Whoops, wrong pedal. Enlightenment comes with a good belly laugh, it seems. And maybe a set of white knuckles.

It’s hard not to grin when planning a trip like this. I’m sure there are hospitals full of doctors who would call Chris three different types of crazy, followed by a quick scribble on a chart: “Against doctor’s orders.” But Chris came up in a family of astronauts and fighter pilots, and I’m relatively sure his blood runs a few octane higher than average. I once saw him step completely unprepared onto a long board, hurtle down a hill, crash, and come up smiling, beer intact. Now he rides the silly thing nigh-professionally and tickles 60 mph. That’s just Chris.

Today the river is cold, but the air is clear and even early in the morning you can feel the weight of the heat that’s coming. We spend a few minutes kicking over stones, picking at little stonefly and caddis nymphs, rejoicing over the discovery of October caddis and the realization that we had some facsimiles in a tackle box. Chris ties on, and then he’s off.

And this is how the day went — Chris in hot pursuit of rainbows, occasionally popping his foot out of the hard cast to get some sun and breeze on it, or grabbing my shoulder for stabilization while leaning down to land his catch.

The fish came slow, but that’s alright. There isn’t much fun in yanking them out of the river anyway. We spent the entire day working our way down river, Chris navigating the banks with a set of crutches. His face took on a steely-eyed look of concentration, but there was also calm and happiness from being on the river.

Only recently did I scrounge up the photos from that trip. Most times photos like this go the way of all truly great photographs: lost, folded between the pages of books or in digital folders. In one, an arm stretches into frame, holding a fly rod, left hand plying the line between pinched fingers. Then the kicker: a single metal crutch holding the fisherman up.

Driving across the North Cascades that day I had envisioned setting my buddy up in a camp chair in the river, maybe next to a good seam where he could snag a few fish. But there he is, in full color glory, crutch under his arm; ready to cross the river to get to the good stuff.

Nick Belcaster is a Bellingham writer who traverses the Pacific Northwest on rack, rope, skins and boot tread – an ice axe in one hand and a fly rod in the other. 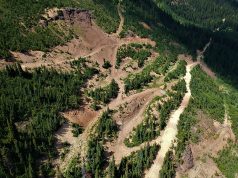