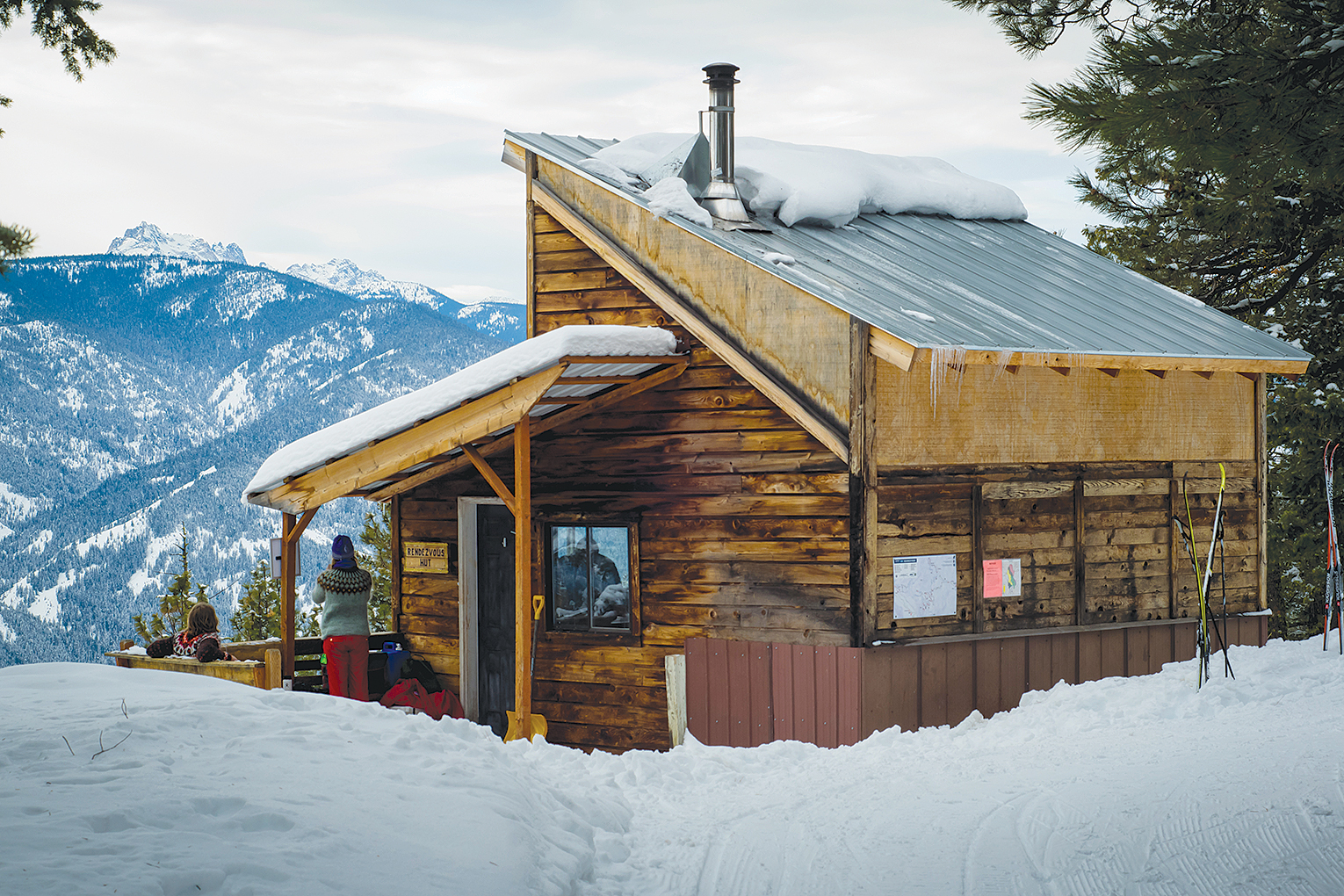 Story and photos by Benjamin Whitney

The invitation read: Hey, guys, think fast! I booked two nights at the Rendezvous Huts in the Methow for the end of this week. We’d love to have you onboard.

Ever the advocates for a quickly hatched plan, we were indeed onboard although not certain for what. As we would discover, the Methow Valley is a pretty big deal in the Nordic ski world. Visitors to this eastern flank of the North Cascades are as likely to bump into Olympic trainees as they are to pass fitness-crazy parents skiing with sled-bound newborns. Although the valley caters primarily to the XC crowd, the huts offer easy access to steep backcountry terrain as well. Scattered between some 200 kilometers of groomed ski trails that spider web the Methow hills, the Rendezvous Huts sit idyllically above the valley and we would be staying at two of them.

Somewhere in between Olympic hopefuls and family enthusiasts, we skied into the Heifer Hut on powder skis lugging 40-pound packs disproportionately weighed by cured meat, smoked cheddar and our favorite assemblage of hop-forward elixirs.

The trail to Heifer Hut meanders through snow-draped ponderosa stands, and aside from the occasional skate skier whizzing by we experienced that beautiful stillness unique to winter. Whimsical smoke rising from a wood stove chimney marked the terminus of our climb to Heifer Hut. Rounding one final corner, we were greeted by smiles and tail-wags.

We toasted to a largeness that’s only perceptible from the remote quaintness of a cabin.

We spent night one in the sepia glow of board game laughter. A starscape flooded the world above the cabin. We toasted to a largeness that’s only perceptible from the remote quaintness of a cabin. Sleep came easy and was just as easily disrupted by nighttime snores and coughs.

The next day our backs got a thankful rest. We loaded our gear onto the snowmobile haul service that would shepherd our belongings to the next cabin. Sam and Liz learned the dos and don’ts on their classic Nordic skis as we traversed several miles of undulating terrain. Their faithful pooch split time between wild frolicking and group monitor duties.

We arrived at the next hut in the early afternoon and each took on tasks. I chopped wood while Sam made grilled cheese sandwiches on the propane stove and Liz read aloud journal entries written by previous cabin occupants, ranging from heartwarming to startlingly strange. That night it snowed as we sat around the table playing Settlers of Catan and tending the fire. 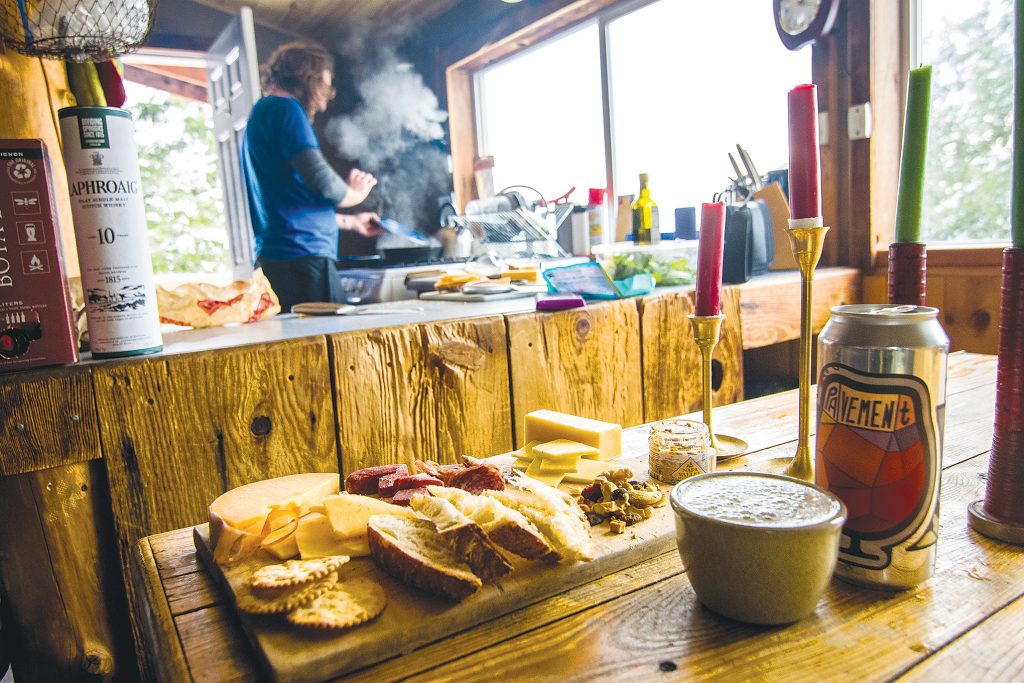 On our third and final day in the Methow, we woke slowly and lingered late into the morning drinking coffee. Although our ski was downhill, none of us were ready to push off from the dream that is the Rendezvous trail system. Our ski home left each of us similarly ruminating: when will we be back?