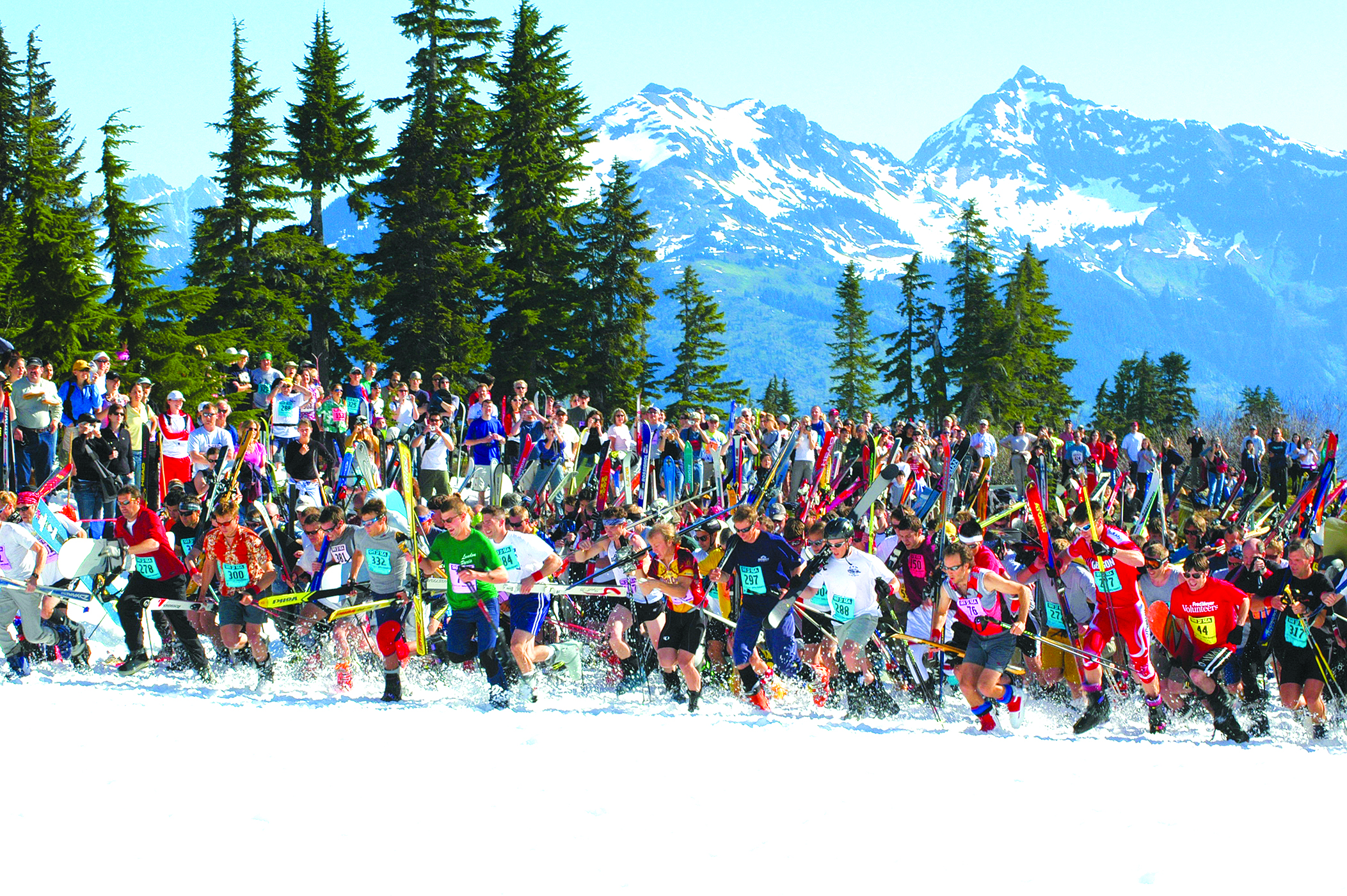 A change to the historic race allows competitors to race in three legs. Teams can have between three and eight members.

What’s the hardest segment in the seven-leg Ski to Sea race? The eight-mile downhill running leg is a strong candidate. But the kayak leg can be grueling in the wrong conditions. “XC skier needed” posts on the Ski to Sea message board are by far the most common, maybe that’s the hardest leg?

It turns out, some would-be Ski to Sea teams get shut down much earlier in the race, before they even sign up. The prospect of getting eight people to commit and pay the entrance fee and then have to worry that someone might flake out or get injured before the race has stopped many potential teams from competing, race directors say.

To reduce anxiety and increase team flexibility, directors of the race from the Mt. Baker Ski Area to Fairhaven have made a new rule. For the first time, individual athletes can compete in up to three legs, meaning teams can have anywhere from three to eight racers (eight because the canoe leg requires two paddlers).

“Our goal was to help with situations that we hear about every year where a team member has an injury or someone can’t participate at the last minute and all of a sudden the team has a hole to fill,” said Anna Rankin, Ski to Sea race director. “That was our main objective – to get more teams to participate.”

In 2016, the Ski to Sea board of directors found out that it’s not easy to change the iconic, 45-year-old race. When race directors floated the idea of cancelling the Nordic skiing leg, they were immediately flooded with objections. Within 24 hours, they announced the Nordic leg would stay in the race.

It’s too early to tell if the change will lead to more participation, but the reaction has been positive so far, Rankin said.

“I think it’s really going to lift a little pressure off for teams who find themselves a racer or two short.”

“I was amazed, I didn’t get a single negative comment,” she said. “I think it’s really going to lift a little pressure off for teams who find themselves a racer or two short.”

A teammate doing double duty after another teammate drops out: that’s how Rankin foresees the new rule working. But she has also heard from racers who want to take on the relay with the fewest possible competitors and from others who’ve raced before and are looking for a new challenge.

A team of three isn’t ambitious enough for some. The Ski to Sea race board gets requests every year from people who want to do the entire race on their own, Rankin said. Many other multisport races around the region, including the Ridge to River in Wenatchee, Mountains to Sound Relay in Seattle and Pole, Pedal Paddle in Bend, Oregon, allow individuals to take on the whole course.

Race directors have talked about that in the past, but for now it’s not happening.

“We’re not ready to take that step at all. I get that people want to push themselves and challenge themselves, but I just don’t think this is the event for that,” Rankin said. “Ski to Sea is a team relay race. It’s about camaraderie. It’s about community. For those reasons, I’d like to see it be a team sport.”

Registration opened last month for the race, which takes place on May 27 this year. Sign up at skitosea.com.