Story and photos by Beau Gaughran

Banked slalom races are spreading throughout the Pacific Northwest and beyond. Although Mt. Baker Ski Area’s Legendary Banked Slalom started over 30 years ago (shortly after the sport itself), the format has only just started to reach the wider world of snowboarding. Just last winter both Stevens Pass and Crystal Mountain hosted their first banked slalom races – the Last Ditch Effort at Crystal and The Slayride at Stevens.

Why now? For many, snowboarding used to be about big air and tricks. Now it seems like the sport’s goal is less about how many rotations you can do and more about speed, grace and creativity on the way down. The industry reflects that movement with new surf- and race-inspired directional boards becoming popular. These new boards combine the style of old race shapes with some modern updates.

A graceful turn is a subtle art that many overlook on the way to learning 360s and backflips. But how well a turn is performed is hard to measure – except, perhaps, in a banked slalom race.

“It fosters a more dynamic understanding of a mountain, encouraging and rewarding riders to surf with the terrain,” said John Ferguson, a competitor at The Slayride Banked Slalom. “Under the feet of a quality shredder, rolls in a run offer powerful bursts of speed to take into the next transition. Every turn and transition counts in a banked slalom. The riders who link fluid turns and simple lines are rewarded with the most speed.”

The sport has aged to a point where the masters have been at it for decades. While they may have grown up riding the park or hucking off cliffs in the backcountry, knees don’t last forever. Banked slaloms allow older riders to enjoy competition and actually win. 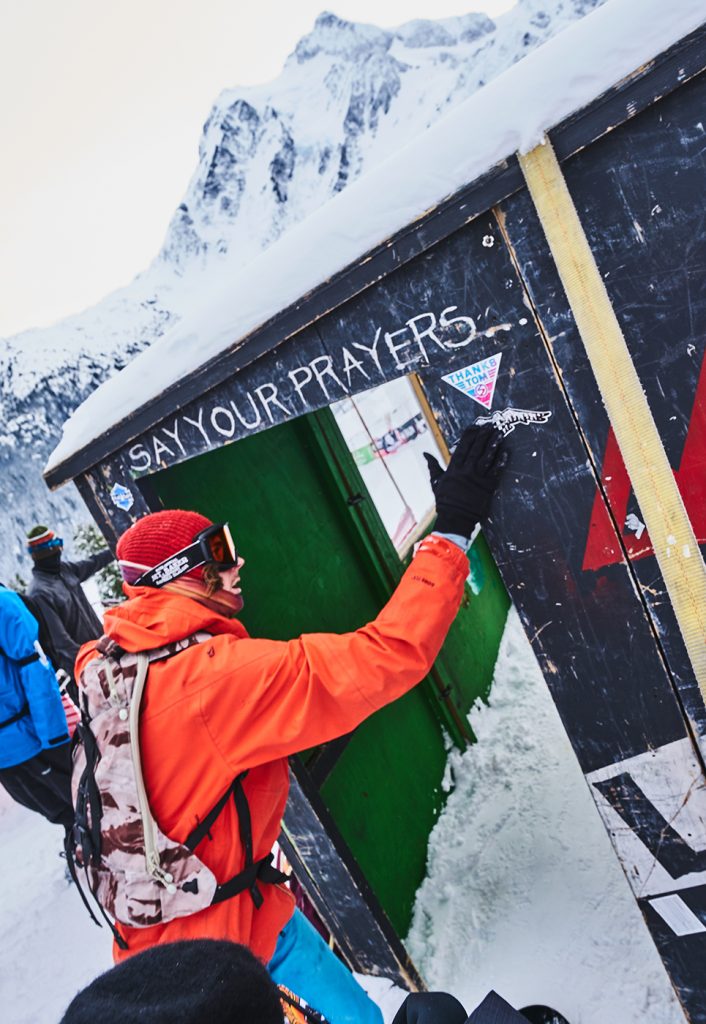 In 2012, the top three Legendary Banked Slalom finishers in the men’s pro category were older than 30. In banked slalom races, riders like Terje Haakonsen, Temple Cummins, and Josh Dirksen can still dominate younger and physically prime pros. It seems that winning a banked slalom takes an intimate knowledge of the turn gained over decades.

The Slayride at Stevens Pass was my first time actually racing in a banked slalom. As someone who has never snowboarded competitively but loves to go fast with friends, it was perfect. The stakes were low, the vibe carefree and the friendliness between competitors was genuine. Adversaries rooted for each other and gave each other tips after their runs. I knew I was in the right place when the starter gave me a warm smile and told me to watch out for the ice on turn six. In this way, it feels like a team sport –until you find yourself all alone after the first turn.

Snowboarding has changed a lot in its short history and every year new trends and events pop up. But for now, it seems that a big part of the sport has gone back to what made it fun in the first place – turning. This winter, I’m looking forward to connecting intimately with my edges, turning hard and painting pretty lines on snowy canvasses. Something tells me this isn’t just a trend.

Beau Gaughran is a Bellingham-based freelance photographer from Maine. He moved here last summer for the incredible whitewater, year-round splitboarding and mountain playgrounds where he practices his craft.