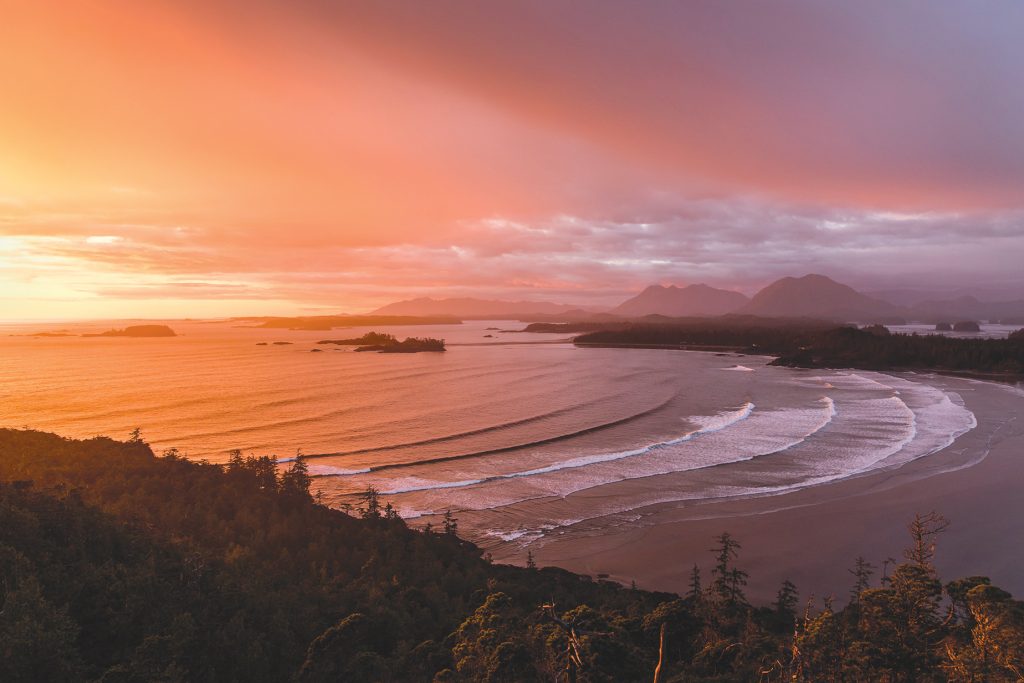 Photos and tips by Marcus Paladino

Tofino-based photographer Marcus Paladino isn’t giving away his spots, but he has some helpful tips for a first trip to the world-renowned surf destination on the west coast of Vancouver Island.

1. Know before you go

If you’re new to surfing, take a lesson. There’s a bunch of great surf schools in Tofino that will teach you everything you need to know. If you’re a bit more advanced, start doing some research about the area to find out which beaches work best on certain swells, tide and wind. Keep an eye on the forecast to see what you’re in for and be prepared; don’t just bring short boards. Instead, pack a full quiver for a variety of waves.

Tofino isn’t the quiet fishing and logging town it once was; it’s a full-blown surf community. If you get to the beach and nobody is out, there’s probably a good reason. The main beaches tend to max out when there’s too much swell – the waves don’t necessarily get bigger, they break farther and farther out to sea, causing extremely strong currents, a next-to-impossible paddle-out and demolishing anything close to resembling a lineup.

Just because there’s a pack of people in the water doesn’t mean that’s where the best waves are. Surfers have a tendency to follow others when they’re not sure where to go, which causes crowded lineups and localism. Watch the beach for 10 or 15 minutes to figure out what looks the most fun for you before paddling out. The great thing about sandy beach breaks is that there are peaks everywhere and with such big tidal swings, those peaks are constantly shifting.

Surfing is a selfish sport – we all know that. Everyone’s out there to get good waves. If you’re sitting in the lineup near someone and they’re mean-mugging out to sea, take the opportunity to say, “Hi, how’s it going? Fun waves!” That 10-second conversation shifts the dynamic of the people around you and all of a sudden you go from competitors to comrades. Trust me.