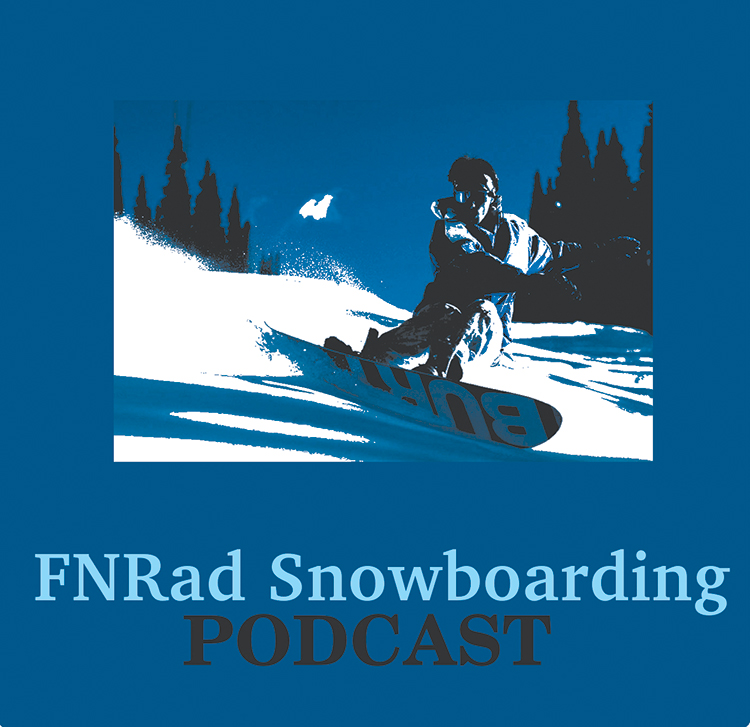 The surest way to create something interesting is to follow what interests you. That’s Eric Traulsen’s formula for his passion project, the FNRad Snowboarding Podcast. Through interviews with snowboard legends, Traulsen chronicles the sport’s early days, from duct-tape covered Sorel boots and the invention of the snurfer to the Mount Baker Hard Core.

Traulsen still rides nonstop, fitting dawn patrols and night sessions at North Vancouver’s ski areas around his workday as a letter carrier in Vancouver. But he doesn’t much follow the sport’s current pros, preferring to relive his favorite era. And he’s not alone; it’s possible that most snowboarders prefer the early days and “can’t even fathom doing a triple cork or a double cork. Or even a cork,” as Traulsen said.

His podcast’s third season premieres in December. The first two seasons feature interviews with such snowboard pioneers as Jamie Lynn, Shaun Palmer, Mike Ranquet and Jeff Fulton. With some big names already on the show, it’s getting easier to talk others into interviews.

Traulsen didn’t know anything about podcasting when he started, though he listened to podcasts all week long while delivering mail. But he does know the snowboard industry and he lives snowboarding.

In season one, he recorded interviews with early Mount Baker Hard Core legends Shawn Farmer and Jeff Fulton on chairlifts at the Mt. Baker Ski Area in between powder laps.

“The Farmer interview I did, I just stopped him in the parking lot and said, ‘I do this podcast, I want to interview you,’” Traulsen said. “I think if I couldn’t have kept up I wouldn’t have been able to get the audio.”

As FNRad gains momentum, Traulsen’s style and format is evolving. He aspires for tighter edits with multiple voices, rather than just simple interviews. And it’s come a long way. Now he hears early episodes with a critical ear and can’t believe so many people listened to them.

Since that first season, Traulsen’s taken a radio broadcasting course at the University of the Fraser Valley and put more effort into sound quality. He’s also begun to get over a fear of sending his work out into the world.

“There’s something about putting them out there. It’s a little embarrassing. It’s very similar to when I did stand-up comedy,” he said. “Most people talk about the elation of making people laugh; I just felt horror.”

The Farmer interview I did, I just stopped him in the parking lot and said, ‘I do this podcast, I want to interview you.

For next season, listeners can expect more interviews with their snowboard heroes and eventually a multi-part episode on Mt. Baker legend Craig Kelly, who died in an avalanche in 2003.

“His story is incredible,” Traulsen said about Kelly. “I have such great tape from so many really cool people. Every time you talk to someone about Craig it’s this deep conversation about someone who was more authentic than… I don’t want to say everyone you’ve ever met, but yeah probably everyone you ever met.”

Learn more at fnradsnowboarding.blubrry.com or find the podcast on iTunes.