The closer you get to Karl Kruger, the more realistic it seems that someone could ride a stand-up paddle board unsupported from Port Townsend, Washington, to Ketchikan, Alaska, as he’s trying to do.

Hours before his first attempt, he spoke with calm conviction about the journey, revealing deep knowledge of the route, meticulous preparation and his calculated approach to nutrition, which involves eating several calorie-dense pellets every hour.

Get some distance, and reality sinks in: the Orcas Island man wants to ride a glorified surfboard up the inside passage for about 750 miles, enduring weather, rough seas and at the very least, 10-20 days with cold,wet feet.

Karl Kruger wants to ride a glorified surfboard up the inside passage for about 750 miles, enduring weather, rough seas and at the very least, 10-20 days with cold,wet feet.

Kruger made his first attempt during the 2016 Race to Alaska, a non-motorized boat race from Port Townsend to Ketchikan held by the Northwest Maritime Center in Port Townsend. He strapped food and minimal camping gear to his 19-foot paddleboard and set off. He made it across the open waters of the Strait of Juan de Fuca, in some respects the most challenging part of the course, near the middle of the pack of boats.

“I really enjoyed that day. For the first 15 or 20 miles I was averaging 6 to 10 knots and having the time of my life,” he said. Toward the middle of the crossing, where currents from the Strait of Juan de Fuca, Haro Strait and Admiralty Inlet converge, he encountered big waves that his weighted board bounced over. “The peaks were just kind of everywhere. I think that is where my trouble began,” he said.

After going through customs – a strange experience on a paddle board – he reunited with his wife and daughter in Victoria, B.C. and everything seemed to be going well. Over the next few days of paddling, however, his board started tracking to the left and it slowly got worse.

At some point in the race, probably in rough water in the middle of the strait, he cracked his board and it started absorbing water. By the third day, he was in pain and paddling 30 or 40 times on his left side for every 10 on his right.

“It’s one of those things that snuck up on me so slowly that it took a while for it to dawn on me that I was having some trouble,” he said.

On the third day of the race, after paddling with a pod of Orcas near Dodd Narrows south of Nanaimo, he dropped out of the race. Kruger became a fan favorite in the first few days of the race, which people followed on Facebook and on the race’s GPS tracking website. By the time he got home he had emails from people offering their board shaping services. For next year, Race to Alaska, he’s going to add some paddle-specific training to his regimen and come back with a redesigned board. 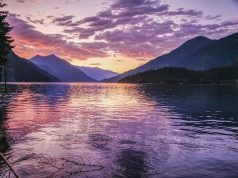 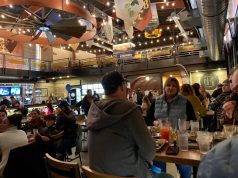