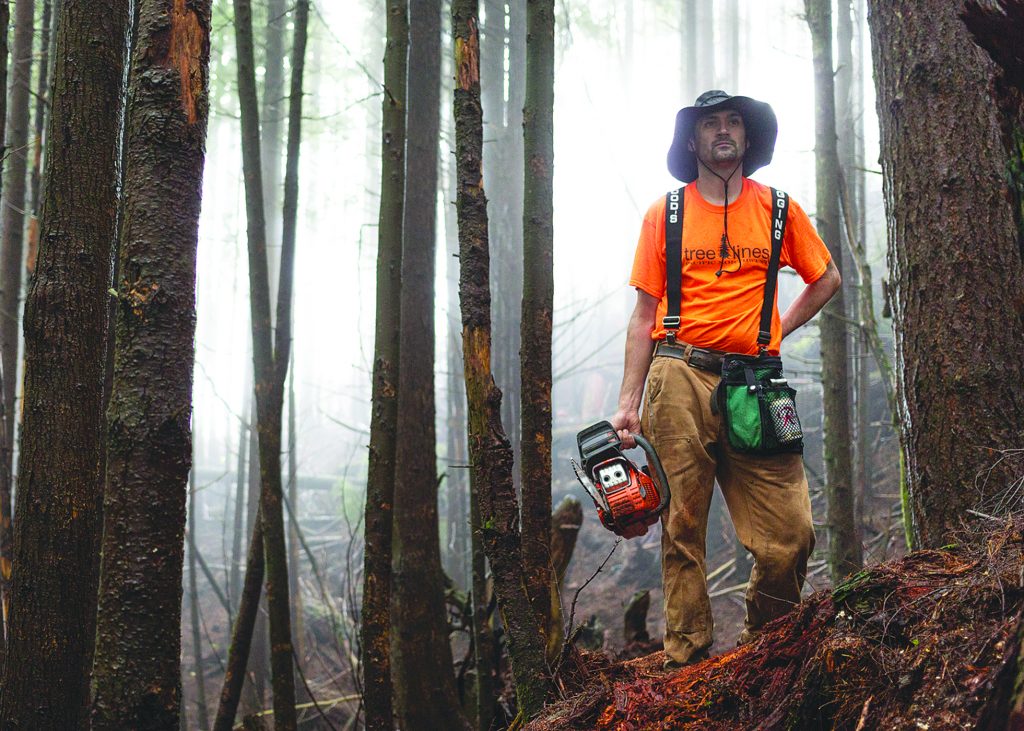 Stories and photos by Brad Andrew

Mountain bike trails don’t just fall from the sky and land in the forest for all to enjoy. Whether you prefer flowing single-track or high-speed jump lines, those trails are conceived, sculpted and maintained by human hands.

Growing up in Skagit County during the 1980s and early 90s, Adam McCoy spent his youth riding the flowing single-track trails of the Anacortes Community Forest Lands. Eventually, he began building his own trails to progress and push his riding. 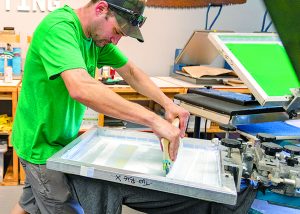 Since then, McCoy has become a dirt artisan, directly and indirectly shaping hundreds of trails around the Northwest through an insatiable desire to create. This desire spawned Treelines Northwest, a clothing company that donates 10 percent of sales to trail building efforts and mountain bike clubs. The company also sponsors trail building and maintenance days throughout the year in Skagit and Whatcom counties.

The idea started over beers in the woods after a day of building in 2007; in 2010, McCoy officially launched Treelines. Having spent hundreds of hours working in the woods, McCoy wanted to monetize his passion and get more people involved in trail building.

He had developed a keen eye for aesthetics and detail from trail building, but understands that functionality is key to design – something he’s incorporated into Treelines.

During Treelines’ formative years, McCoy also owned Hidden Wave Boardshop in Burlington, and he’d spend idle time doodling in the shop. These drawings became artwork that he screened onto shirts in the back room of the snowboard shop – the first products that Treelines sold to the public and gave away to fellow trail builders. Slowly, through word of mouth, the brand built momentum and the product line grew. 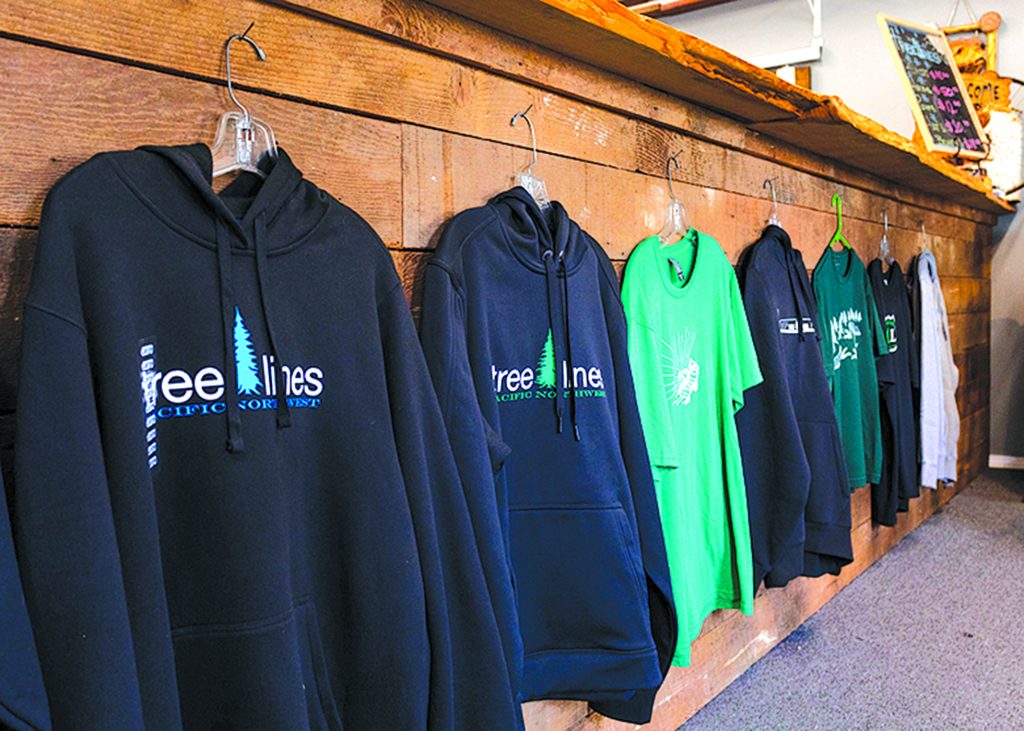 Treelines now has a full line of soft goods, including hoodies, beanies, hats, tank tops and t-shirts. McCoy has also brought niche goods focused on core trail builders to the market including a rugged chainsaw bar sheath, a fire starting kit, a builder’s bag and a sawyer’s bag all designed by McCoy for making trail work easier.

Treelines’ trail building products are designed, sourced and built locally. The soft goods are screen-printed by hand at the Treelines shop at 105 Cedar Street in Burlington.  McCoy didn’t start Treelines to get rich – the company was born from a passion for trails and the outdoors, and it continues to drive those passions. For Treelines Northwest, more sales mean more trails.

Learn more about Treelines Northwest at treelinesnorthwest.com or on its Facebook page. You can also learn more about trail building and how to get involved through your local mountain bike club.

Brad Andrew is a Bellingham-based freelance action sports photographer. He spends his winters chasing the snow looking for the perfect spot to make the perfect image. He is a husband, father and a student of life.