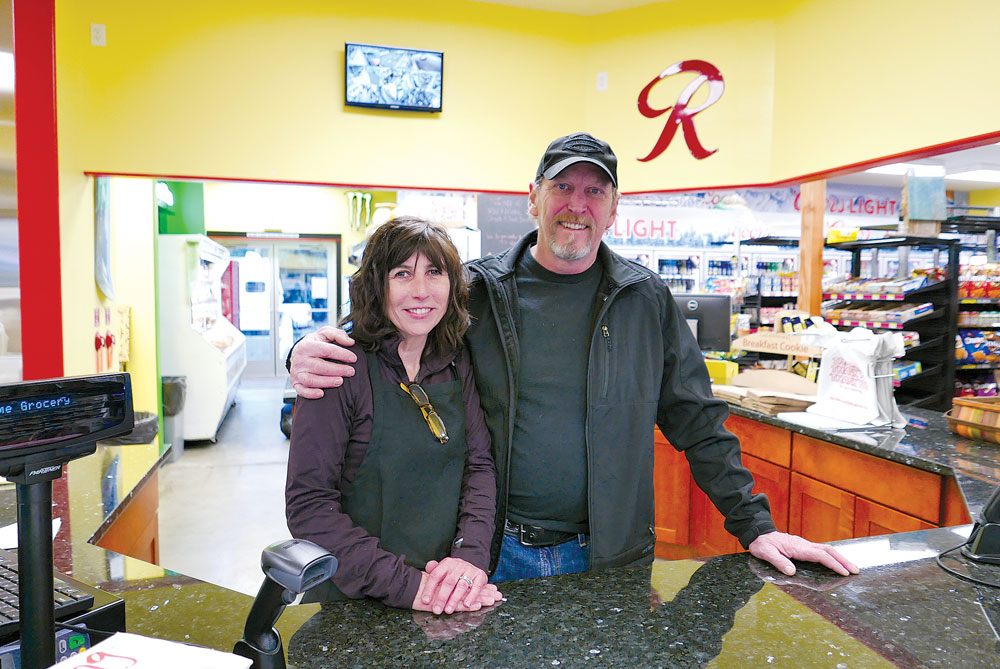 When Chuck Patterson decided to open a grocery store, he first needed to do some research. He drove south and stopped at more than 50 roadside gas stations and convenience stores on the way to Lake Tahoe, to find out what he wanted for his store.

The store he opened this January with his wife Barbara represents the best of what
he saw.

Chuck and Barbara aimed to make the Welcome Grocery Store, at 5655 Mount Baker Highway, a mini grocery for locals and a take-away food destination for those going to and from the mountain. It has a deli, hot and cold prepared food, rotisserie chicken, soups, fresh pastries and groceries including a small selection of fresh produce. 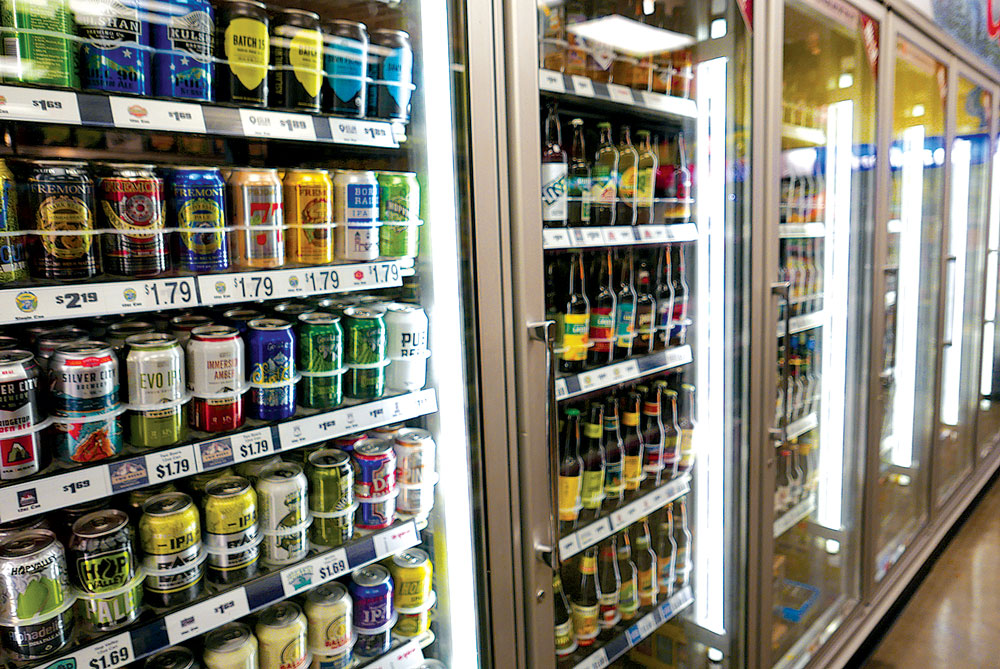 More than 250 craft beers fill the beer cooler and customers can build their own six-packs. The store’s liquor license also allows people to drink beer while they eat at indoor tables.

While the Pattersons have succeeded in offering both a local grocery option and a take-out destination, they have plans to do much more. Chuck has endless ideas; immediate goals include outdoor deck seating, espresso, soft-serve ice cream, more hot sandwiches, fuel pumps and a space for passing cyclists to change flat tires. Longer term, he wants to turn the building next door into a miniature hardware store that carries chainsaws, lumber and hardware.

“It’s like I started up the machine and it doesn’t stop,” Chuck said. “I’ll be constantly remodeling. I don’t think I’ll ever stop.”

Chuck has made a number of changes since opening to accommodate his customers. The store recently started selling Discover Passes, fishing and hunting licenses and lottery tickets. After a hiatus for repairs, the coin-operated kiddie helicopter ride is back in front of the store. The beer selection, which is one of the biggest in the county, has grown and is constantly changing.

Though the Welcome Grocery Store is still new, it’s been in the works for a while. Chuck bought the property, a long-vacant building at the junction with Mosquito Lake Road that was formerly a different Welcome Grocery, as an investment in 2009. He soon realized it needed a lot of work and in the post-recession years he couldn’t get the loan he needed to finish the store. He tried to sell it and no one would buy.

While in limbo, Chuck grew to like the location and the community. When he finally found the financing to complete the store last year, he went “gangbusters” and started working long hours on it.

Chuck has a background in construction and had a vision for the store’s exterior, which features white metal siding, red and black trim, an awning and a sidewalk that circles the building with flat rocks cemented in place. He’s going for a one-of-a-kind look both inside and out. 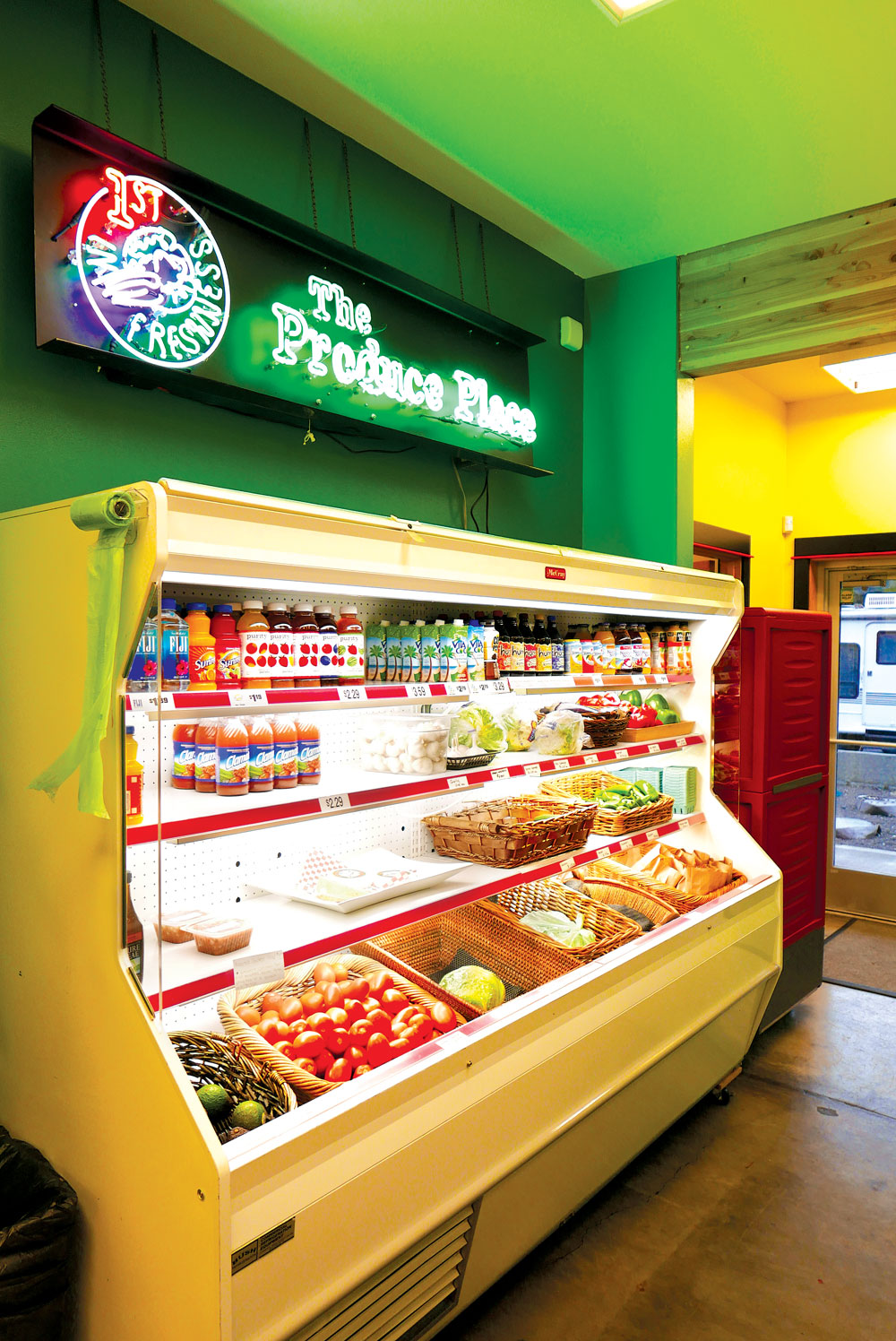 Some unique items Chuck collected over the last 15 years give the interior a decorative flair. He hung a neon sign that says “the produce place” over the store’s veggies. The sign had been hanging in his Skagit Valley barn for 15 years. A Coors Light Silver Bullet model train sits on tracks above the beer coolers – another trinket he’s had for years.

There are a few iconic convenience stores on the road between the Mount Baker Highway and Lake Tahoe, and Chuck wants to join their ranks.