For many outdoor enthusiasts, it’s almost assumed that after a day of adventure, beers will be shared at a local brewpub. Look outside of any brewery in Bellingham and you’ll likely see a full bike rack and cars topped with muddy mountain bikes, icy skis and wet kayaks. Inside, you’ll find wind-chapped cheeks, spandex shorts and weathered hiking boots.

Regardless of your preferred outdoor activity, there’s something special about enjoying some brews afterward – whether they’re celebratory or consolatory.

“Beer brings people together and makes us take a moment to relax and converse about how fun the event was, or how great the ride was, or how epic the hike was,” said David Vitt, Kulshan Brewing’s founder and general manager. “Beer seems to be a universal conduit for conversation, enjoyment and relaxation. It’s a way to decompress, process, appreciate and laugh.”

Physiologically speaking, because beer is cool, crisp and carbonated, it’s an excellent thirst quencher. A 2007 study concluded that beer is better at rehydrating the body after exercise than water. Researchers from Granada University in Spain suspect that the sugars, salts and carbonation in beer help people absorb fluids more quickly, and the carbohydrates in beer also help to replace lost calories.

This symbiotic relationship between outdoor recreation and craft beer isn’t necessarily new or unique to the Northwest, but local breweries have embraced this culture by hosting endless events and fundraisers that benefit the recreation community.

Even the city’s newest breweries are outdoors-minded: Stones Throw Brewing is essentially named after its location, which is just a stone’s throw from adventures on the water or in the mountains; Structures Brewing donated a portion of its first canned IPA sales to a local mountain biking nonprofit organization; and Gruff Brewing features an outdoor beer garden with lawn games and a sweeping view of Bellingham Bay.

Vitt admits he supports these types of events and teams partly for selfish reasons, because he and many employees are avid outdoor enthusiasts. But he mainly does it because of how important these organizations are to the Bellingham community.

“Many of these events are actually fundraisers for nonprofit organizations that need funding, like the Max Higbee Center, the Whatcom Dispute Resolution Center, The Opportunity Council and many others,” he said. “Plus, recreation enthusiasts are also our customers, and we like to give back whenever possible.”

Wander Brewing’s owners Chad and Colleen Kuehl are quick to tout the mental and physical benefits of exploring the environment outside, which partially explains why they named their brewery Wander.

“Drinking a handcrafted beer at the end of a physical activity just simply feels good,” Chad said. “The carbohydrates and calories don’t hurt either, and a little bit of alcohol helps the body to relax.”

Since opening in 2014, Wander Brewing has supported or sponsored teams in a variety of outdoors-related organizations and events, including Washington Wild’s Brewshed Alliance, Ski to Sea, Bellingham Traverse, the Chuckanut 50k and more. It also hosts its own annual Wander to Wander 1K road race.

Perhaps as Bellingham’s oldest brewery, Boundary Bay paved the way for the connection between breweries and adventure sports. Boundary Bay is a Bellingham institution that supports or participates in pretty much every outdoor event and race in the area, including the Max Higbee Fun Run, Bellingham Traverse, Ski to Sea, Ragnar, Tour de Whatcom, Bellingham Bay Marathon and a host of others.

Owner Ed Bennett and general manager Janet Lightner believe in the benefits of getting outside, celebrating where we live and giving back to the community. The company has a robust health and wellness program for its 125 employees that encourages them to live a healthy lifestyle, and it includes in-house yoga, hiking and running clubs and covered race-entry fees.

“Our Ski to Sea ESB spring seasonal is the ‘eighth leg’ of the historic seven-leg Ski to Sea race,” said Lightner. “We also partner with Recreation Northwest to brew Traverse Red for the annual multi-sport Traverse race, which celebrates the journey of wild salmon.”

Lightner said great adventures are best shared with others on the trail, followed by shared pints. “Beer refreshes us and it opens up the conversation to plan another adventure,” she said.

Aslan Brewing’s support of outdoor events and fundraisers, as well as its concern for the health of its employees and the environment in general, make it an exemplar in the brewing community. Owner and CEO Jack Lamb’s support for active lifestyles shows in Aslan’s employee wellness program, which pays for team fees (for soccer, softball, basketball and bowling), hosts free yoga classes in the brewery and offers a reduced membership rate to Vital bouldering gym.

“With every event we do, we find ways to connect a nonprofit and raise funds, whether it’s through raffles, silent auctions or a percentage of our night’s sales,” Lamb says. “One of the major reasons why I chose to live in Bellingham was because of its access to a wide range of world-class outdoor activities. We must embrace this as a Bellingham-based business and understand that we have the ability to help preserve its beauty.”

Chuckanut Brewery, along with Aslan, was among the first breweries in America to sign the Brewery Climate Declaration, showing its commitment to reduce emissions, use less energy, choose clean energy, invest in new technologies and call for strong national action to address climate change.

Chuckanut has also been a longtime member of Sustainable Connections, a Bellingham-based nonprofit that helps businesses work toward sustainability.

“We have been members since we opened because recycling, being conscious of our energy use and our emissions are big factors in the future of our earth,” said Chuckanut co-owner Mari Kemper. “We are responsible to help keep our planet healthy for future generations.”

Chuckanut Brewery is also involved in a variety of outdoors-related events, including the Enduro of Subdued Excitement Bike Race and Shoot the Trails with WMBC, and it’s working to get its new “South Nut” brewery in Skagit County involved with races there.

But is it healthy?

The link between craft beer and recreation may go beyond culture and actually be rooted in biology. Studies have shown that people who exercise tend to also drink, and vice versa. Last year, a survey by The Harris Poll found that regular craft beer drinkers have a healthier lifestyle and exercise more than the average beer/wine/spirits drinker.

In a 2015 study published in Health Psychology, researchers at Pennsylvania State University found a strong correlation between exercising and subsequent drinking, especially when people exercised more than usual. A followup study using lab rodents, published in Frontiers in Psychiatry, found that both exercise and alcohol increased brain activity related to reward processing. This led some to suggest that we crave alcohol after physical activity as a way of extending our “runner’s high.”

Countless studies have also shown a link between moderate beer consumption and health. In 2016, a large-scale study presented at the American Heart Association Scientific Sessions in New Orleans showed that moderate alcohol consumption – especially of beer – significantly slows the natural decline of HDL (i.e., “good cholesterol”) levels as we age. In some cases, it may even increase good cholesterol, which is associated with a decreased risk of cardiovascular disease, heart attack and stroke.

Of course, most of these studies define “moderate drinking” as one or two beers a day, and they always caution against excessive drinking. But staying active may even neutralize the impacts of heavy drinking. A 2016 study in the British Journal of Sports Medicine found that regular activity moderated or nearly nullified the increased risk of death from heavy drinking.

Beyond the benefits of the alcohol itself, phytochemicals in beer have been widely reported for their protective effect in disease development and a lower rate of many common conditions, including Alzheimer’s disease, diabetes, osteoporosis, hypertension, kidney stones, cataracts, heart disease and stroke. Additionally, flavonoids found in hops, especially xanthohumol, are believed to help prevent different cancers.

Bellingham nonprofit Recreation Northwest has a new initiative that focuses on the health benefits of spending time in nature. That doesn’t mean the organization shies away from beer at its events. Recreation Northwest promotes outdoor recreation, and beer has gone a long way in aiding its mission.

Todd Elsworth, co-executive director of Recreation Northwest, saw the link between beer and exercise early on. Elsworth believes recreation and play have the elements of community, and beer brings it all together.

“It’s the social element of raising a pint, toasting your teammates and congratulating the competition on a job well done,” he said. “It’s the time when memories are shared and made. It’s about celebrating together, and beer is the medium that connects us.” 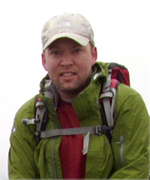