Birds are the living descendants of dinosaurs, heralds of seasonal change and wanderers in a global ecosystem. Paying attention to birds opens a world of new sights and sounds. Bird watchers know this and implore those around them to tune into the swish of wings and birdsong – it makes the world a more exciting place.

If you’re immune to the excitement of birds, there’s a way to remedy that. As many nature writers have pointed out, knowledge leads to a deeper level of appreciation, so learn about a few birds and see where the journey leads. 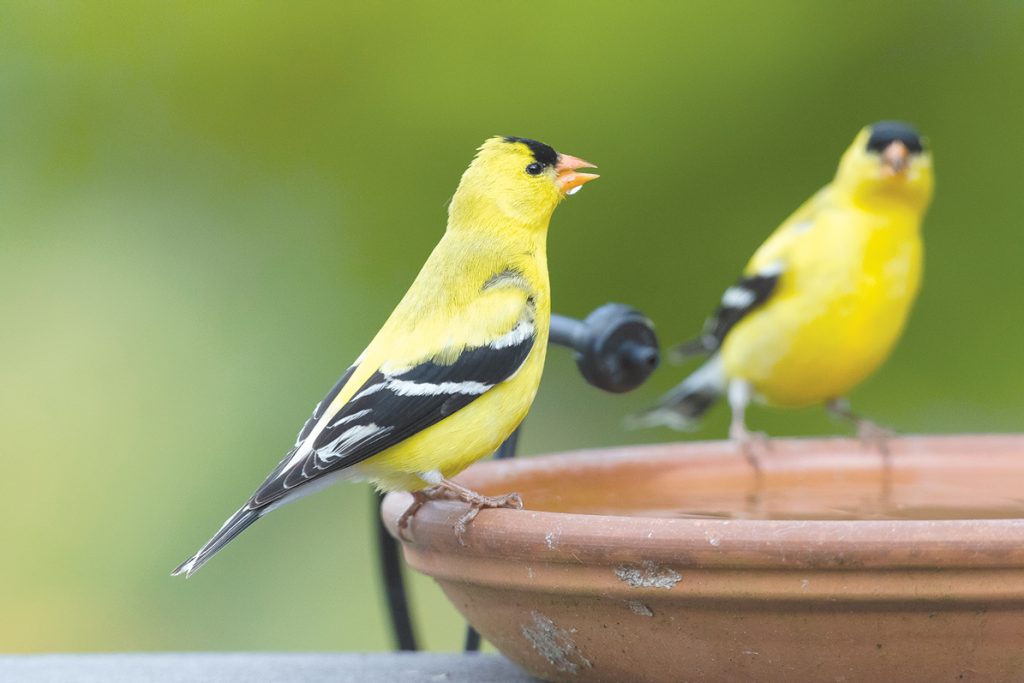 The American goldfinch, Washington’s state bird, ranges throughout the United States and parts of Canada frequenting fields, floodplains farms and backyards. Preferring weedy fields to forest, American Goldfinches were once rare in western Washington but became common with logging and European settlement. 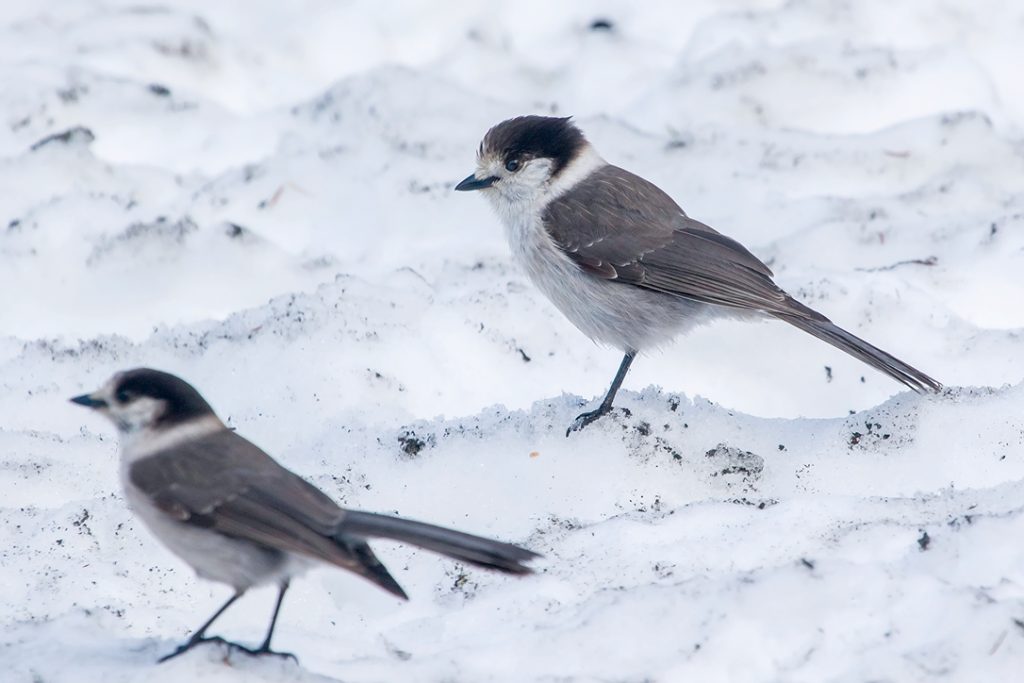 These medium-sized gray birds are common in the Cascades, high in the mountains. With a tendency toward eating just about anything and stealing food, gray jays have earned the nickname “camp robber bird.” They’re often found in groups and can be bold beggars. 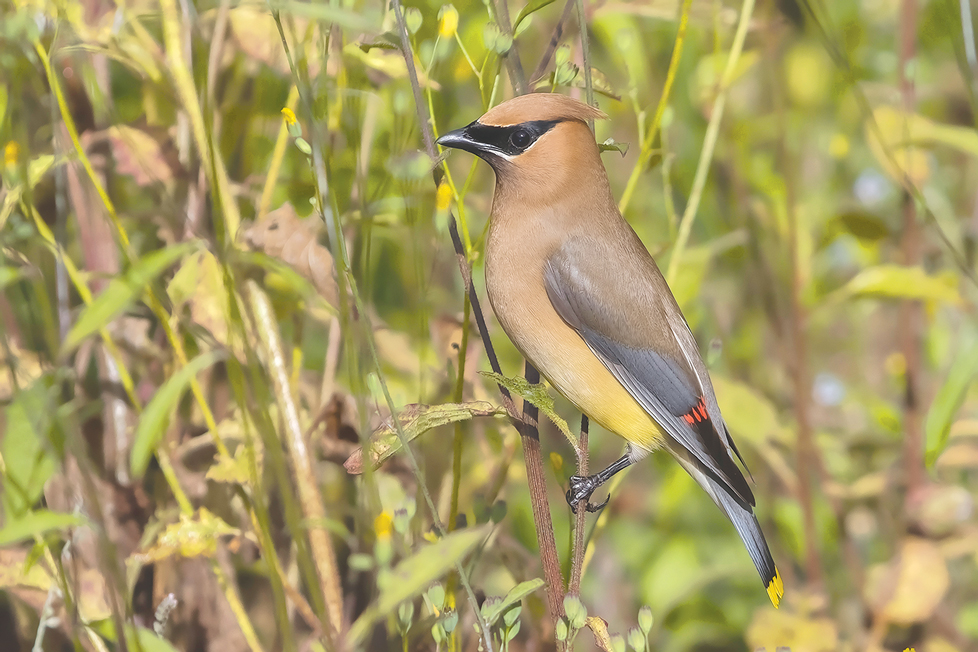 Cedar waxwings are beautiful, social songbirds identifiable by their crest, black mask and silky appearance. They’re common in woodlands and anywhere they can find their preferred food: the berries of mountain ash, dogwood, orchard crops and other trees and shrubs. In the northwest, they could be mistaken for Bohemian waxwings, which are larger and grayer. 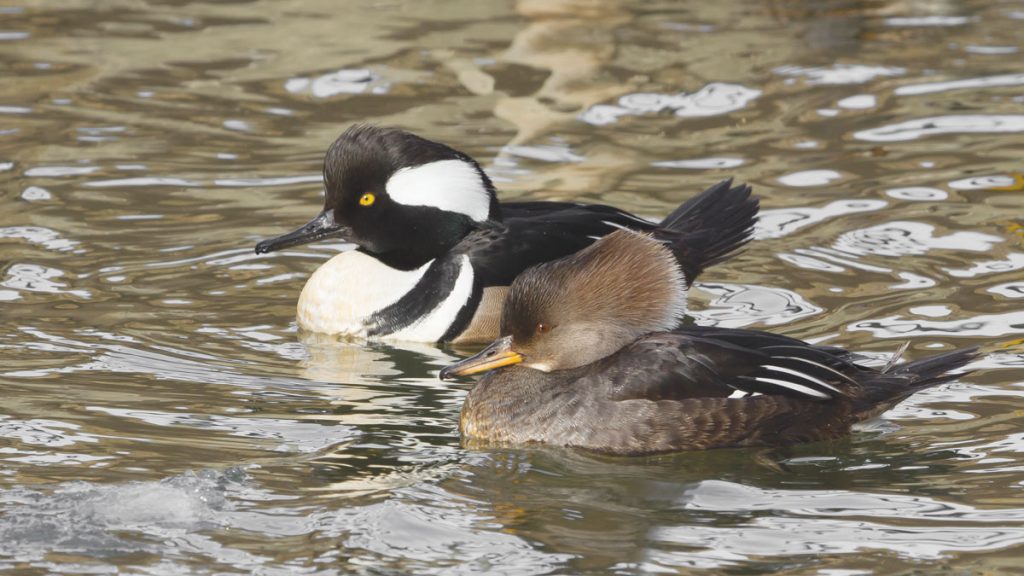 The hooded merganser is a species of small duck that is somewhat common in wooded lowland areas in Washington and B.C. Look for yellow eyes and a big crest that can either be raised or relaxed. 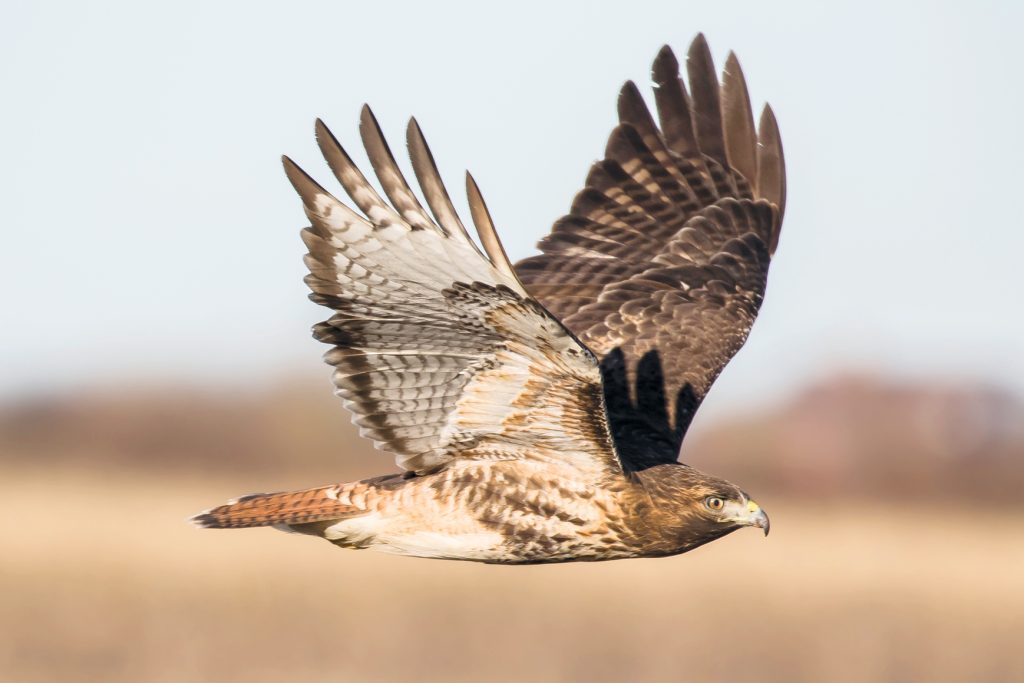 The red-tailed hawk is one of the most common species of raptor in the region. Individuals can have a lot of variety in color and plumage, making them tricky to identify. Red tails are a giveaway, of course, but some have brownish tails. Also, red-tailed hawks are broader and beefier than most raptors and hunt small animals from perches.

The Wings Over Water Northwest Birding Festival, March 15-17 in Blaine and Birch Bay, offers hands-on opportunities to swoop in to the world of birds.