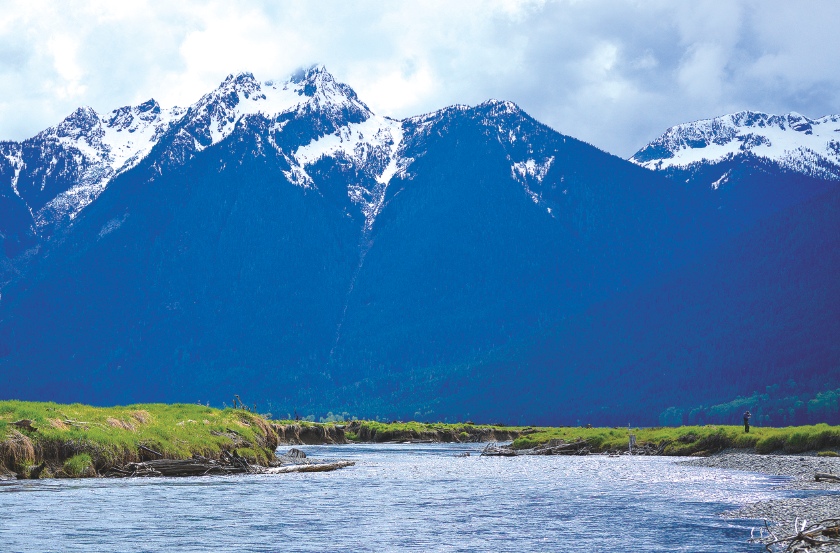 With summer fast approaching, it’s time to get out the camping gear and go exploring. One spot worth checking out this season is the Skagit River on the Canadian side of the border, just 150km (90 miles) east of Vancouver. The spectacular scenery, abundant wildlife and recreational opportunities of the Skagit Valley make it one of British Columbia’s premier outdoor destinations.
The Skagit has its headwaters in E.C. Manning Provincial Park, and from there it flows south through the northern Cascade Range just outside of Hope, B.C. Although the river continues through Washington state and into the Pacific Ocean, its Canadian terminus is at the reservoir of Ross Lake on the Canada-U.S. border. The B.C. Parks Service maintains the Skagit Valley Provincial Park, which includes three different campsites along the river, the largest being located at the tip of the Ross Lake reservoir. Reaching the campgrounds requires a 50-kilometer (30-mile) drive along the Silver Skagit Road coming out of Hope. The gravel road is well maintained and actively used by forestry vehicles, so there’s no need for a high-clearance truck. The sites have manual water spigots that are regularly tested for quality, and pit toilets too.
More than 50 kilometers (30 miles) of hiking trails run through the provincial park, some of which have been used by First Nations and early settlers for centuries. They carve their way up the slopes of the Cascades and offer terrific vistas of the Skagit below, as its blue-green, serpentine waters cut through dense thickets of spruce and cottonwood trees. The parks service even offers interpretive tours of the park for those interested in learning more about the cultural aspects of the area.
Wildlife photographers and nature-lovers alike will be in their glory around the Skagit. The river attracts an amazing variety of wildlife to its banks, including deer, black bears, wolves and beavers. Flocks of Canada geese can be seen tending to their nests along the river bank, and kingfishers, blue herons and bald eagles are quite common as well. I wasn’t warmly received by the Canada goose whose nest I nearly trod on while fishing, so it’s best to keep your eyes open if you decide to hoof it along the banks. And if you do decide to bring along a camera, a telephoto zoom lens is essential!
While the hiking and photography opportunities alone merit a trip to the Skagit River, one other pastime there seems to eclipse all others, at least for me. The few trips I’ve made to the river to fly fish have been more successful than a week’s worth of fishing at other venues around the lower mainland of B.C., both in terms of scenery and the catch. The Skagit is absolutely teeming with rainbow and bull trout, and the aerial acrobatics of the former are phenomenal. During the insect hatches of springtime, the trout can be seen leaping more than 2 feet out of the water to claim a hatched mayfly on the surface.
Add to this the vast stretches of cattails and rhododendrons along the river, and the white caps of the Cascade Mountains behind Ross Lake to the south, and one can only call the Skagit idyllic. All that’s left to figure out is when to go.

The three campsites managed in the Skagit River Provincial Park open on May 1 and close October 12. There are no facilities for food, lodging, gas, etc., so be sure to stock up in Hope before heading out. Ross Lake is a reservoir, and water levels near the campsite fluctuate. High water on the Canadian side occurs in July and August.   x 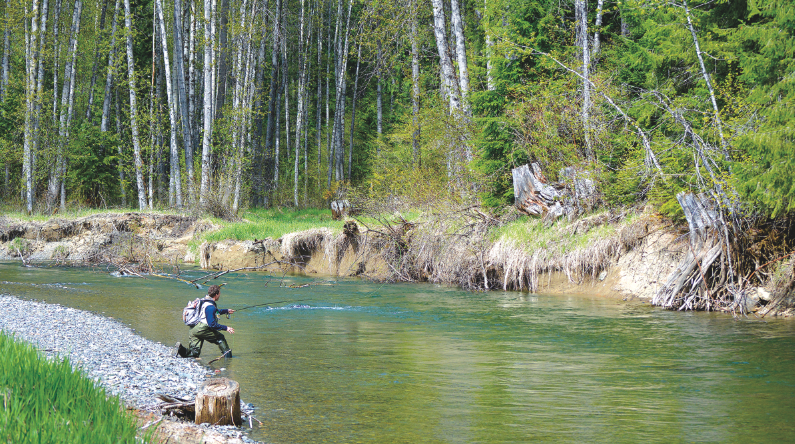