A new statue honoring Civilian Conservation Corps workers will be dedicated in a ceremony outside the Glacier Public Service Center at 1 p.m. on Saturday, June 16.

CCC workers built the Glacier Public Service Center and many other buildings, roads and trails throughout the Mt. Baker Ranger District and throughout the U.S. in the 1930s.

President Franklin Roosevelt created the CCC in April 1933 to alleviate unemployment during the Great Depression. At the time, 25 percent of men ages 16 to 30 were unemployed. The CCC program gave $25 a month to enrollees’ families, while the enrollees received $5 a month in addition to room and board and training in a variety of skills.

By July 1933, about 200 CCC men were at work in the Mt. Baker Ranger District, and thousands were employed in every state in the country. The projects the CCC built in the district between 1933 and 1942, when the program was discontinued to fund World War II, include the following:

“Without the CCC, we wouldn’t have the parks we have. The boys changed everything,” said Janet Oakley, a local author who worked to bring the statue to Glacier, along with local historian Mike Impero.

Impero and Oakley worked with CCC Legacy, a national nonprofit that brings awareness to the CCC’s work. The CCC Legacy has installed statues all over the country. Glacier’s statue is the 72nd in the U.S. and the second in Washington State; the other one is at Deception Pass State Park, near Oak Harbor.

The dedication will include cookies and punch from the Wake ‘N Bakery in Glacier and activities for kids. 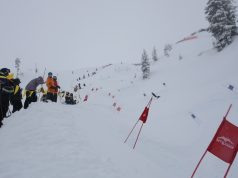