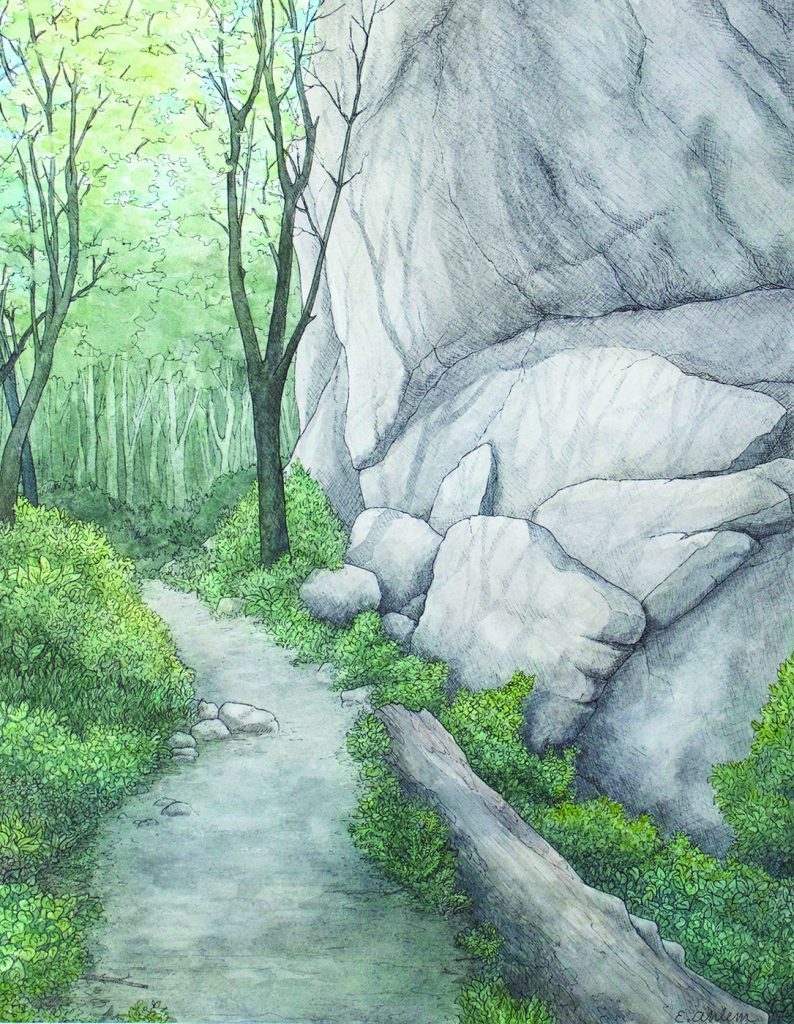 Elizabeth Ahlem Clark didn’t have a grand plan when she visited Bellingham in 2016. But, like many Pacific Northwest transplants, she uncovered an immediate affinity for the North Cascades and resolved to stay.

Reinvigorated by her new surroundings, she started working on a series of watercolor paintings depicting scenes along Washington’s trails that illustrated the allure that enticed her and her husband to call the Northwest their home.

Ahlem prefers focusing on the minute details of a trail, rather than the grandiosity of big mountains. “Don’t get me wrong, I love mountains,” she says. “But I like honing in on the more subtle aspects of the landscape like the way a tree might lean against a riverbank or how certain plants begin growing after a forest fire.”

For Ahlem, the medium matches the subject. Watercolor, much like the ever-dynamic forest ecology, is fluid. Sometimes it’s the unexpected things that watercolor paint does to a composition that she appreciates most.

Ahlem’s journey has been long and, in some ways, circular. Her first focus as an artist was the wooded landscapes of her native Michigan. A pair of creative parents equipped her with the curiosity and passion to pursue art, and nature art specifically, during her childhood.

“I’d spend all of my time in this small tree lot and I’d just paint all the time,” she says. 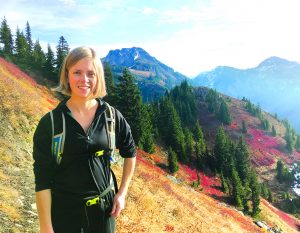 Ahlem grew from art hobbyist to art student at a small college in Chicago, where she lived for 10 years. At school, she experimented with style and medium but struggled to define her craft. Perhaps the most challenging aspect, she recalls, was writing artist statements – a feat that often felt gargantuan.

“At the time, I felt there was nothing, no reason, I just liked [creating art] and that was that,” she says. “I really struggled to explain my work for a long time.”

Ahlem focused on dream paintings in the coming years and this internal telephone game led interesting places. To these interior landscapes, she applied elements of nature – something that was missing from her day-to-day in Chicago.

After graduating, Ahlem landed a gig as an artist-in-residence at a local hospital and later for a studio specializing in high-end chalkboards and murals.

“I enjoyed the work,” she says. “But I was not necessarily inspired.”

Ahlem considered dropping art as a career altogether, even telling people that art was just a hobby.

While contemplating a career change, she and her husband were also ready for a change of scenery after 10 years in Chicago. They road tripped across the U.S., planning to stay with family in Bellingham until they decided where to settle.

“We visited some incredible places like the Grand Canyon and the redwoods, but when we drove through Washington we just knew this is where we should be,” she says.

Exploring the trails surrounding Bellingham inspired Ahlem so much that she forgot about her planned career change.

“Now that I’m [in Bellingham] this just has to be what I do. Nature exists in the perfect combination of colors,” Ahlem says about her new home.

With the move, she’s nailed down the once nearly impossible task of describing her work and why she paints trails.

“It’s really very simple,” she says. “I go to trails to think and thinking makes me want to paint.” 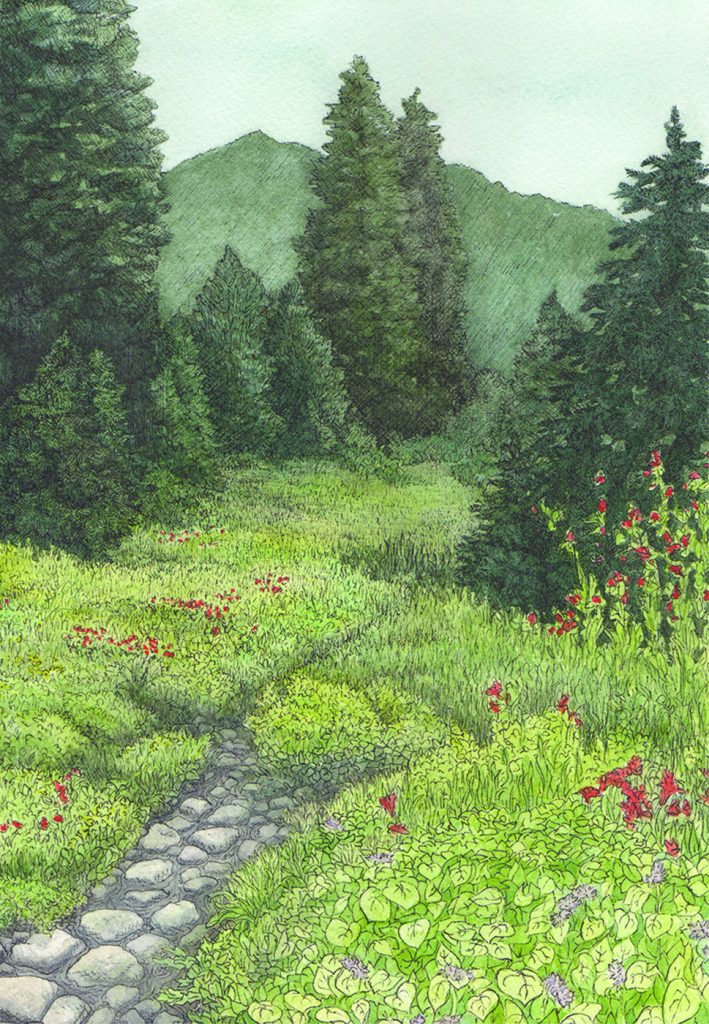 3 Oms Yoga in Bellingham in May and June

Joy of Pilates in Bellingham in July

Colophon Café in Bellingham in November

Bank of the Pacific in Bellingham in November