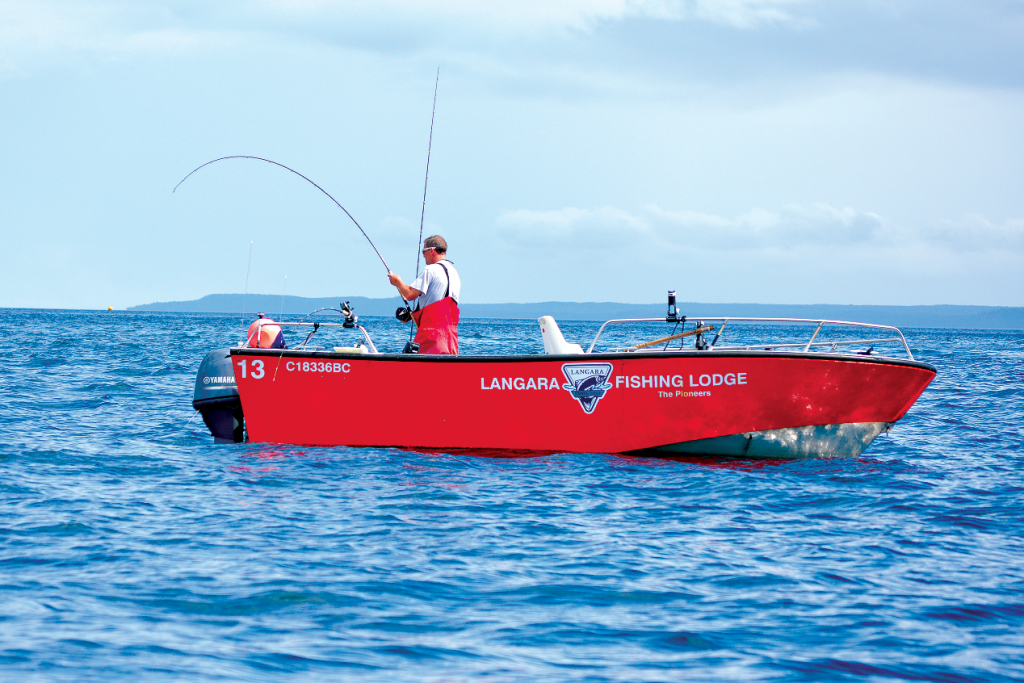 Summertime on the British Columbia coast is an exciting time for sport fishers. Massive agglomerations of all five Pacific salmon species move in from the open ocean toward the continental landmass to begin an incredible journey to their natal rivers, feeding prolifically along the way. Though many areas along the province’s coastline afford a great chance to experience this renowned recreational fishery, perhaps one of the most scenic, remote and productive locations is Langara Island, located just miles from the Alaskan border in northwestern British Columbia.

Reaching the island typically involves a 90-minute flight from Vancouver International Airport to Haida Gwaii (previously the Queen Charlotte Islands), a distance of 600 miles. From there, access to tiny Langara Island at the northernmost tip requires a 20-minute helicopter ride or hour-long boat trip. Accommodation is limited to four fishing lodges, all of which cater in different degrees to both the diehard sport fisher and luxury-seeker.

Regardless of the lodge, any guest is certain to be awestruck by the remoteness of Langara, a natural paradise where ancient coastal rainforests, prolific marine life and world-class fishing are part of the daily experience.

In terms of biodiversity, few fishing destinations offer an experience quite like Langara. In addition to the numerous Steller sea lions, harbor seals, dolphins and porpoises one commonly encounters, large numbers of grey and humpback whales use the area as a feeding ground during their northerly migration.

It is an impressive sight to witness small groups of pink salmon breaching the surface of the water to feed on massive bait balls of herring and sand lance in a spectacle known as bubble feeding. Equally as impressive, albeit irritating, is the manner in which gigantic Steller sea lions, sometimes weighing over 2,000 pounds, steal a hooked salmon from a line and thrash it about on the surface of the water. After a few times during a day of fishing, however, the sight loses much of its novelty. 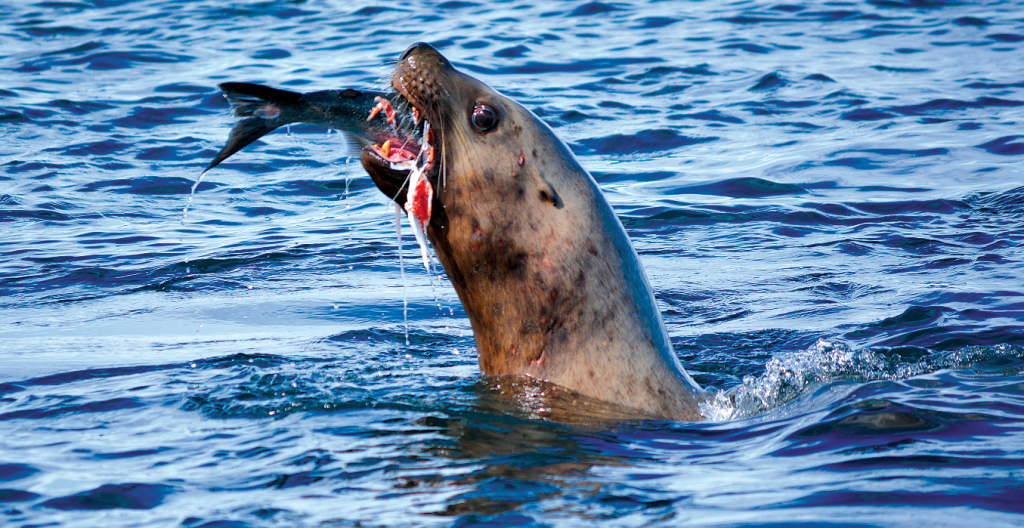 Black oystercatchers, coastal cormorants and even the occasional peregrine falcon are among the array of birds that can be seen around the island, and bald eagles frequently swoop down from their lofty perches to snatch salmon from the water. Langara is a wilderness photographer’s paradise, and any visitor who spends just a few hours on the water with a camera is sure to leave with some impressive shots. Even if one decides to stay on land, the pristine rainforests in the area provide impressive photographic opportunities. Massive stands of old-growth Sitka spruce and western red cedar shoot up from moss-covered undergrowth, giving testament to the incredible age of these temperate rainforests.

While the natural beauty of Langara Island is undoubtedly unique, it is the astounding concentration of Pacific salmon that attracts visitors from all around the world. Not only do cold waters and abundant food sources make the island attractive to salmon, but its positioning at the beginning of their migratory route to southerly natal rivers ensures a healthy concentration of all five Pacific species in the area. And sure, large numbers of fish occupy the surrounding waters, but the sheer size and vigor of these fish is something that sets them apart from any other fishing locale on the west coast of Canada. From the acrobatics of the Coho salmon to the pure strength of the mighty Chinook, the sport fishing is unparalleled.

It doesn’t hurt either that the salmon harvested on Langara is some of the highest quality table fare that a seafood lover could imagine. All four lodges offer quality packaging and flash freezing, so the fish goes from the sea to the boat and into the freezer. It’s hard to beat a thick steak from a Chinook salmon that you caught yourself.

The experience of getting away from the busy city and into the wild is always a pleasure in itself, but having the ability to witness incredible spectacles of nature and enjoying a world-class fishery at the same time makes Langara Island an unrivaled summer fishing destination. Largely untouched by the forces that have depleted fisheries in more southerly locales and blessed with some of Canada’s most pristine rainforests, Langara is as attractive to the avid photographer as it is to the enthusiastic angler. Once you make it up to Langara, you’ll be hooked.   x