Our last installment of mountain trivia was popular so we’re back with more. Think you know the North Cascades? Take our test to find out.

1) On March 6, 2010, Daniel Jeffrey and Tom Sjolseth made the first ascent of what was likely the highest unclimbed peak in the Cascades. The party’s ascent included climbing on steep snow and ice as well as on rotten volcanic rock. The peak was originally spotted and named in 1967 by climbing historian John Roper as he made an ascent of Mt. Baker. What is the name of the peak?

2) In May of 1939, a prolific skier led a team that traversed Mt. Baker from the Coleman-Deming, up over the top of the mountain down toward the Cockscomb, down the Park Glacier and then out to the Mt. Baker Ski Area. This skier was also responsible for first descents in the Goat Rocks, on Mt. Daniel, on Eldorado Peak and on Ruth Mountain. What is the name of the traverse?

3) On May 7, 1983, this Western Washington University alumnus became the first American to summit Mt. Everest without bottled oxygen.

4) What is the highest peak in North Cascades National Park?

5) In 1965, a politician who had never climbed a mountain participated in a first ascent of the highest unclimbed peak in North America at the time. Mt. Kennedy is a 13,944-foot mountain that is buried deep in the Yukon. The team accessed the mountain from the town of Whitehorse via a Royal Canadian Airforce Helicopter. Who was the politician?

6) What is an ablation zone? 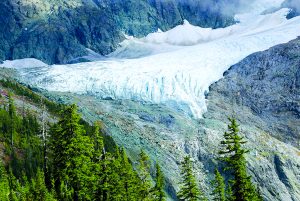 7) Speed ascents on Mt. Rainier have a long history. The first round-trip speed ascent was recorded by Lou and Jim Whittaker in 1959 at 7 hours, 20 minutes. In 1981, Craig Van Hoy brought that time down to 5 hours, 25 minutes. And then in 2004, Chad Kellogg dropped the time down to 4 hours, 59 minutes. In 2008, several climbers jockeyed for the fasted time, with Willie Benegas finally capturing the record at 4 hours, 40 minutes, and 59 seconds. That record held for eight years until a well-known distance runner crushed the old record on July 26, 2016. The runner clocked his round-trip-time at 4 hours, 24 minutes, 30 seconds. Who was that runner?

8) “Boogie ‘til You Puke” used to be a little-known ugly 5.11 pound offwidth crack climb in Squamish. It became an overnight sensation when a film crew documented an unusual ascent. What happened?

a) Hugh Herr, a double-amputee, climbed the route in good style wearing special prosthetic feet.
b) William Rogers and William Ripley pounded wooden pegs into the crack to climb up it quickly.
c) Jason Kruk, horribly hungover, got his knee caught in the crack and then had an accidental bowel movement.
d) Andrew Irvine climbed the route flawlessly in historic clothing, carrying a fifty-pound expedition pack. 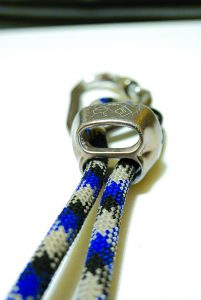 9) Most climbers use a traditional belay device for at least part of their rappelling and belaying. The most famous modern device is the Black Diamond ATC. What does ATC stand for?

10) The Nose on El Capitan is considered by many to be the “best rock climb in the world.” Most of those who climb the route use a combination of aid climbing and free climbing. The route was first climbed in 1958. It wasn’t climbed completely free until 1993. Who completed the first free ascent of the Nose? 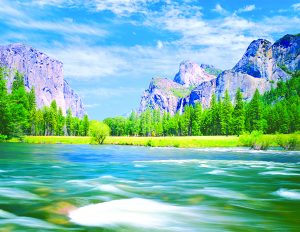 11) After completing an ascent of the West Face of Peru’s Siula Grande, Joe Simpson was injured. Following the injury, Joe’s partner Simon Yates, was forced to do something so horrible that it would go down in mountaineering history. What did he do?

a) After Joe died, Simon ate him to stay alive.
b) Simon lowered Joe until he became stuck. Then Simon cut the rope.
c) Joe told Simon to leave him. Simon did and Joe died on the mountain.
d) Simon murdered Joe and then hid the body on the mountain.

12) It is well known that Kulshan or Koma Kulshan is a native name for Mt. Baker. An English explorer renamed the mountain after his third lieutenant, Joseph Baker. Who was the English explorer?

1) b – Assassin Spire is a satellite summit of Lincoln Peak in the Black Buttes next to Mt. Baker.

5) b – Robert Kennedy was a sitting US senator when he climbed the mountain. Ted Kennedy also participated, but did not summit.

7) d – Uli Steidl holds the speed record on Rainier for someone on foot. Skiers have done it faster, with Eric Carter logging a round-trip ascent/descent at 3 hours, 51 minutes, 40 seconds.

8) c – Jason Kruk got his knee stuck and then had an unfortunate accident while on video. The video went viral and the route was renamed, “Party ‘til You Poop.”

11) b – Simon cut the rope. Joe fell and was left behind. Seriously injured, he still managed to crawl back to camp and safety. Touching the Void, a book that told the pair’s story, was an international hit and was later made into a film.

12) d – George Vancouver. Vancouver named the mountain after Baker because the third lieutenant was the first to spot it while anchored in the Dungeness Bay near what is now Sequim.