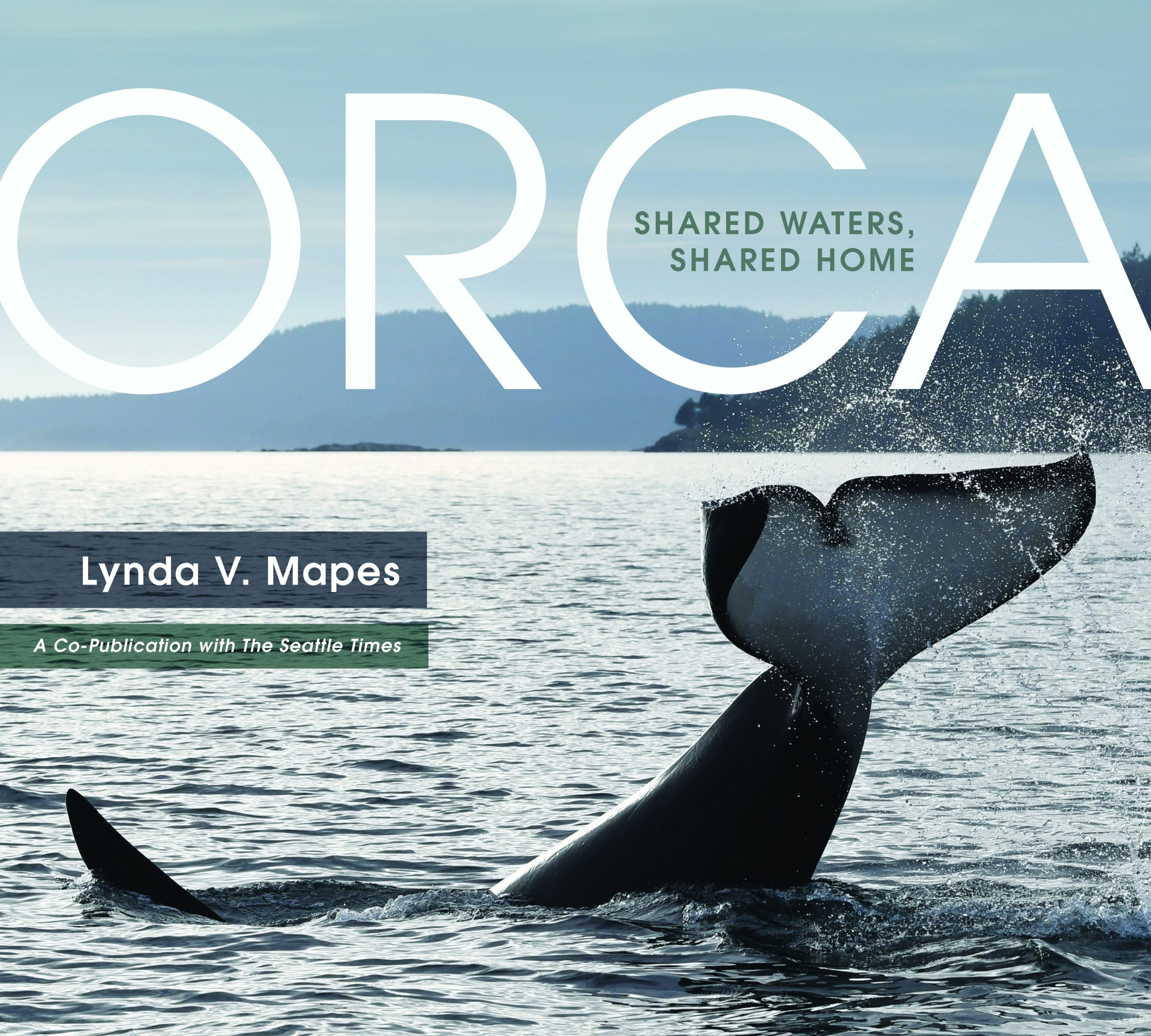 Braided River, A Co-Publication with The Seattle Times

Our bookstore hangs over the waters of Penn Cove where, in 1970, 100 orca were trapped behind nets and herded with firecrackers. Seven were taken into captivity and sold, and five died. Members of Lummi Nation now gather at the park up the hill to bring attention to the crisis facing the health and survival of the orca and the Salish Sea, and to call for the release and return of Tokitae, the last still living of the orca captured in the cove.

We sell a lot of books about orca.

Most books about the orca in the Pacific Northwest tell a similar story. The southern resident population, already struggling from the impact of years being attacked out of fear, followed by years of capture for display, is now staggering under a confluence of environmental threats in their home waters. And that’s really sad.

But Lynda V. Mapes’ “Orca: Shared Waters, Shared Home” is different in that it takes the plight of the southern residents from a sad story to a very personal tragedy we all share. It’s like the difference between flying over a clear-cut and walking with a friend through a forest they knew well after it has been logged.

Mapes has visited with Lummi tribal elders, former orca hunters, fisheries biologists, research scientists, environmental advocates and others, sometimes in living rooms, but often on boats. These visits gather stories of the orca and the home we share with them that combine love with misunderstanding, loss with hope.

Ted Griffin, the man who captured the world’s first orca to put on display, Namu, and later launched orca hunts to fill the world’s aquariums, describes crying under water on his first encounter with the whale he would tow back to Seattle in a pen. The whale, watching Griffin in the water of the pen, makes a loud squeak, and when Griffin replies with a squeak of his own, squeaks back. “All those years I am wanting an animal to say hello and one has.” He described Namu, who died a year later in captivity of an infection, as a friend.

During a trip with Lummi Nation members through the traditional summer waters of the southern residents, Mapes and her companions don’t see a single orca. Lummi fishers report no catch to make a ceremonial offering of Chinook. They offer blackberries floated on cedar boughs to the waves instead, in hope the “people under the sea,” as the Lummi call the orca, will hear them and return. Lummi spiritualist Richard Solomon says, “I hope they come back and tell us what to do.”

“Orca: Shared Waters, Shared Home” began as Mapes’ award-winning series in The Seattle Times, “Hostile Waters,” that began as “a chronicle of an emergency,” she writes in the preface, about the crisis facing Salish Sea orca and the Chinook salmon they depend on for survival. From dammed rivers and habitat degradation to noise, toxins and waste in our waters, Mapes lets the experts tell us how these things happened, but also offer ways we can fix them.

“We’ve done this and it’s our job to heal it,” says Raynell Morris of the Lummi Nation.

Filled with spectacular photographs by Steve Ringman and others and detailed infographics, the book is an education that alternates wonder and heartbreak. It takes the reader on a deep dive into why these “twin monarchs of the Pacific Northwest” have been pushed to the brink of extinction, and our “prospects for a shared future with nature and the animals that were here long before us.”

The Times series came after mother orca Tahlequah captured the world’s attention in 2018 when she carried the body of her dead calf for 17 days and 1,000 miles. Mapes describes watching Tahlequah dive deep to retrieve her “perfectly formed beautiful calf” after surfacing to take a breath. Tahlequah’s display of persistent grief and the healthy new calf she gave birth to in 2020, Mapes writes, “offers a simple but powerful five-word challenge, an anthem and a work song for a region with much to do.”

“May this next calf live.”

Meg is the co-owner, with husband Brad, of the Kingfisher Bookstore in Coupeville, which has a bit of everything but specializes in the natural and human history of the Pacific Northwest. She likes to explore, in person or on pages.    x