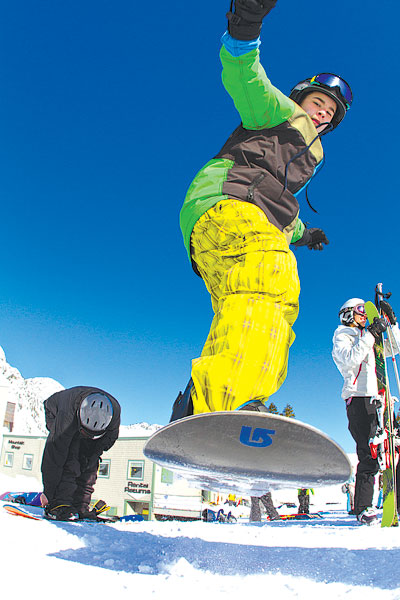 Program gets
kids on the mountain

Story and photo by Patrick Kennedy

Youth ages 10 to 17 spend five weekend days starting in late February on the mountain. The major obstacles preventing these kids from snowboarding – transportation, clothing, snowboards, lift tickets and guidance – are provided through the program. A typical day starts with a snowboarding lesson from the Mt. Baker Area ski school followed by an afternoon session of freeriding with a volunteer Sherpa. The Sherpas continue teaching throughout the day and act as a resort guide keeping kids together. A certain level of immaturity is required of volunteer Sherpa; they need to be as good packing snowballs as teaching the basics of riding.

The SOS experience isn’t just about snowboarding – the core values of courage, discipline, integrity, wisdom and compassion are instilled at every opportunity. Courage is a value every youth can connect with and therefore comes first. A winter mountain environment is intimidating when you’ve never experienced it before. Simply getting on and off a chairlift for the first time is an experience halfway between terrifying and awesome. Overcoming something you’re afraid of empowers kids and teaches the value of courage. Discipline, integrity, wisdom and compassion typically take a little longer, but by week four, kids are heckling each other if they seem to lack one of them.

Dylan Rees worked with SOS for six years and has been coordinating the Mt. Baker SOS program for the past three seasons. Rees has been recreating on snow since he was six years old, started teaching snowboarding at 17 and now has 13 years under his belt as a snowboard instructor. He credits his snowboard teaching background for much of his progression in life on and off the snow. In the years he has worked with SOS, his feeling of personal progression has multiplied by working with youth who’ve never experienced something so fundamental in his own life.

Rees’ ever-grateful personality credits the success of Mt. Baker SOS to the support of donors, volunteers and Mt. Baker Ski Area. “Jake Bobst and Hilary Mosich in education and rentals at Mt. Baker have been enthusiastic supporters of the program for the past three seasons,” Rees said. “Without that support the program wouldn’t happen.”

SOS is a 501(c)(3) non-profit capable of accepting cash and gear donations through sosoutreach.org. SOS specializes in underserved youth and partnered with The Lummi Youth Recreation Academy and Re-Bound in 2012. Anyone interested in volunteering with Mt. Baker SOS must commit to all five weekend days and meet certain eligibility requirements.
If you are interested in volunteering or having your group involved with Mt. Baker SOS, contact Rees at sosmtbaker@gmail.com

The 2012 season of the SOS Baker program saw something very promising – 2010 program participants had returned as volunteers. Youth who had the experience three years ago were volunteer Sherpas passing on the experience to a new round of kids. SOS is onto something that resonates with youth when they are willing to come back as volunteers. With a constant flow of volunteers and community supporters, SOS is a sustainable program that provides tremendous opportunities to local youths. X 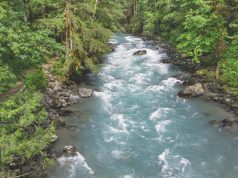 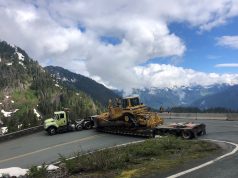