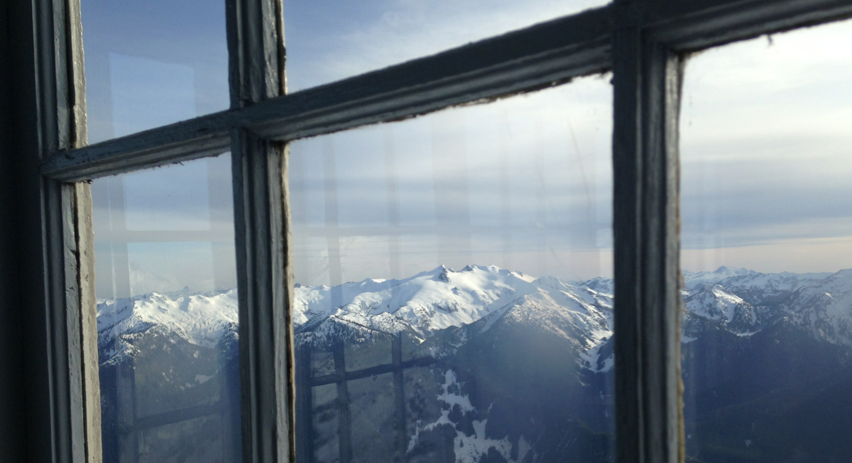 Rooms with a view

The problem with these dream ski-destinations is that they’re usually privately owned. If only there were a backcountry outpost, a haven deep in the mountains, where tired and cold skiers and snowboarders could thaw out and get some shelter between epic laps, for free…

In the North Cascades, there are several of them. They’re called fire lookouts. They’re open for free on a first-come, first-serve basis, and they sit on mountain peaks among some of the best skiing terrain in the Northwest.

Winchester Mountain, Hidden Lake Peak and the south peak of the Three Fingers range each host a discontinued fire lookout that is maintained by a nearby  alpine/mountaineering club. They require a substantial effort to get to (and sometimes a lot of shoveling to get in), but the rewards are great. If you decide to stay in a fire lookout, be courteous and clean up after yourself, to ensure that they will be around for generations. Also, feel free to support the clubs that maintain them.

Devastating fires such as the Yacolt Burn of 1902 inspired the construction of a vast national network of fire lookout stations in the 1920s.

The job of a lookout was to spot and report fires by telephone or radio so crews could be dispatched quickly. At the system’s peak, there were 5,000 lookouts nationwide – including 685 overlooking the extensive forests of Washington.

The highest lookout was at 12,276 feet on Mount Adams, but it was used for only three seasons before being abandoned to the year-round ice. The most difficult to reach was Three Fingers; the approach was a series of ladders spiked into a 100-foot rock wall.

By the mid-1970s, most lookouts had been abandoned as fire detection began to rely more on technology and aerial reconnaissance. Some were de-constructed by government agencies worried about liability, some have been left to rot and some have been restored and are maintained by hikers.

As of 2013, Washington has 87 lookouts still standing in their original locations, with fewer than 30 of those still actively used for fire fighting. In addition, there are some old lookouts that have been moved to museums. Most – though not all – of the standing lookouts in Washington are listed in the National Historic Lookout Register.

Winchester Mountain is located northeast of Glacier off Highway 542. Turn left onto Twin Lakes Road (Forest Road 3065) just past the Department of Transportation’s Shuksan garage 13 miles east of Glacier, and follow it 7 miles to the trail head at Twin Lakes. The road gets snowed in each winter, so check with the Glacier ranger station for road conditions. From the trail head to the lookout on the 6,521-foot summit is a 2.1-mile skin. The Winchester Mountain lookout is maintained by the Mount Baker Club. Info: mountbakerclub.org.

Located east of Marblemount, Hidden Lake Lookout lies on a spur below Hidden Lake Peaks. Take Highway 20 to Marblemount, then head east on Cascade River Road for 9.7 miles before turning left onto Sibley Creek Road (FR 1540), 1.5 miles beyond the Marble Creek Campground entrance. The trail head is 4.7 miles down the road. From the trail head at 3,600 feet to the lookout at 6,890 feet is a 4.5-mile skin. Although not required, an ice axe, crampons and a rope may come in handy. The Skagit Alpine Club maintains the lookout. Info: skagitalpineclub.com.

The Three Fingers are east of Everett and the lookout is on the south peak. At milepost 7 on the Mountain Loop Highway past Granite Falls, take a left onto Green Mountain Road (NF 41). Head east, immediately passing two private roads, and stay on NF 41 for 17.5 miles. At 16.5 miles, NF 41 becomes NF 4160 with a right turn. The trail head for Goat Head Flats is 0.9 miles beyond. From the trail head to the lookout at 6854 feet is a 6.7-mile hike/skin gaining 4,000 feet of elevation. Crampons, ice axes and rope – and glacier-travel experience – are highly recommended. The Three Fingers Lookout is maintained by the Everett Mountaineers. Info: everettmountaineers.org.

John Scurlock has been photographing the North Cascades from his home built airplane since 2001. His stunning aerial photography is the subject of his 2011 book Snow and Spire: Flights to Winter in the North Cascade Range, which can be found in bookstores throughout the Northwest and online. 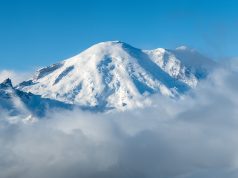 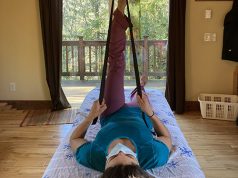