During telemark skiing’s last growth spurt in the 1990s, many picked it up to ski the backcountry; telemark bindings were the most popular and lightest tool for skiing uphill. They allow skiers to lift their heels and walk, and on the way down they require a drop-knee telemark turn where one ski slides in front of the other.

European companies were already making alpine touring bindings, which have a walk mode but can also lock the boot to the ski like a standard downhill binding. But they were not yet popular in North America. They are now. “In the past being a backcountry skier meant you were a telemark skier,” said Jason Hummel, who started telemarking 33 years ago after his dad bought the family five pairs of skinny skis for $50 at a garage sale. “I’ve seen backcountry skiers in Washington increase 100-fold and I rarely see another tele-skier.”

The sport’s on a long downhill trajectory. Someday soon, seeing a telemarker in the wild could be as rare as sighting sasquatch. For now, the sport’s disciples continue to practice the turn – a low, rhythmic lunge that puts them closer to the snow.

There are a number of reasons for the sport’s slow demise. The turn is more physically demanding, since it requires skiers to bend lower, putting more strain on one leg or the other.

“I can come home from a half day of tele and just be wrecked on the couch, basically unable to do anything else for the rest of the day,” said Chris Gerston, who owns Backcountry Essentials and prefers his telemark skis in almost all situations. “I could go for a full day of alpine skiing, go home and feel like I could go on a run.”

In the 1990s and early 2000s, alpine touring bindings and especially the lightweight bindings made by Dynafit, propelled a transformation in backcountry skiing. Telemark bindings were no longer the lightest way into the world beyond the resort boundaries.

Resort skiers ski touring for the first time rarely choose to do it on telemark gear, since alpine touring gear allowed them to ski the way they’re used to – with their heel locked firmly in place.“You can spend two years getting your bell rung on a daily basis to learn tele, or you can step out into the backcountry now on alpine touring (AT) gear and your first day out there you’re feeling like a rockstar,” Gerston said. “If you want to get into the backcountry faster and you’re already an alpine skier, AT is your ticket. Why bother with something that’s harder to learn?”

Beyond that, alpine touring gear continues to get lighter, while telemark gear doesn’t – a big deal for backcountry skiers, who spend most of their time going uphill. The industry is in what Gerston called a “negative feedback loop.” Companies are hesitant to put money into developing lighter telemark gear because there’s not much of a market. That market’s shrinking as the remaining free-heelers ditch their telemark gear for lighter alpine touring gear.

“I did the math a while ago and unfortunately my lightest telemark setup is 18 pounds,” Gerston said, referring to the cumulative weight of skis, boots and bindings. “My lightest AT setup is 12.5 pounds. Knowing that and feeling the efficiency difference – it’s significant.”

But not everyone goes with what’s easy. Devotees put up with heavier gear and a more physical sport for the love of making telemark turns, especially when the snow’s deep enough to spray off their ski tips in fluffy white curtains. To find out more, we asked three local telemark skiers. 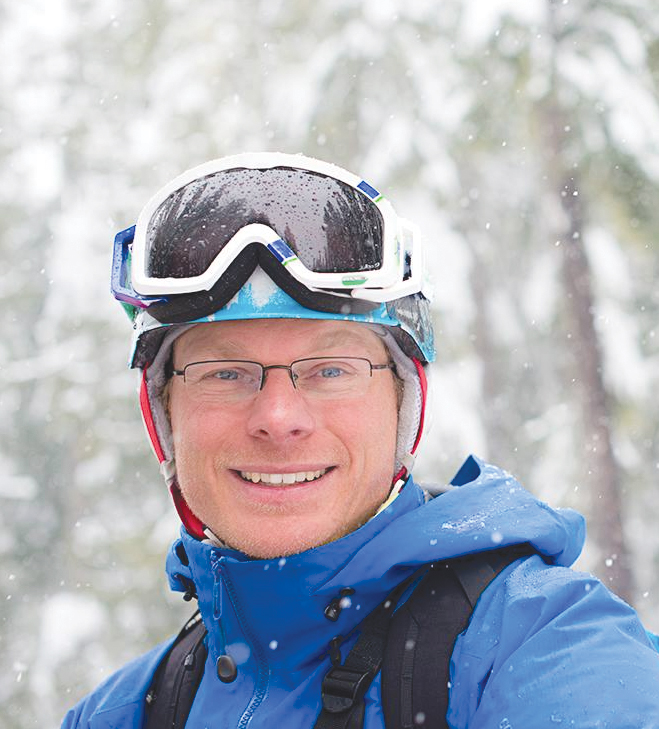 Jason Hummel, ski mountaineer and photographer started telemarking 33 years ago. He’s made his mark on Northwest ski mountaineering with numerous first descents and ambitious multiday traverses through the more remote sections of the Cascade and Olympic ranges – pursuits in which many would choose lighter gear. But Hummel carries along 15 or 20 pounds of camera equipment and sticks with his telemark skis.

“Is it more fun? Oh, absolutely. I love it. I’ll always be a tele-skier. I’m just really stubborn. I know there are diehards out there and people who want to give it a try. But people who do it their whole lives, people like me, we’re a dying breed.

“When it’s really good I just love the flow and using the terrain. You’re on your toes and you have to be really careful and read all the terrain. With AT gear it’s easier to turn your brain off. Tele is something you will never master. You’ve got to watch every little change in the terrain and have your balance in the exact right place to take advantage of it and not head plant.

“When it all comes together, it’s a magical experience.” 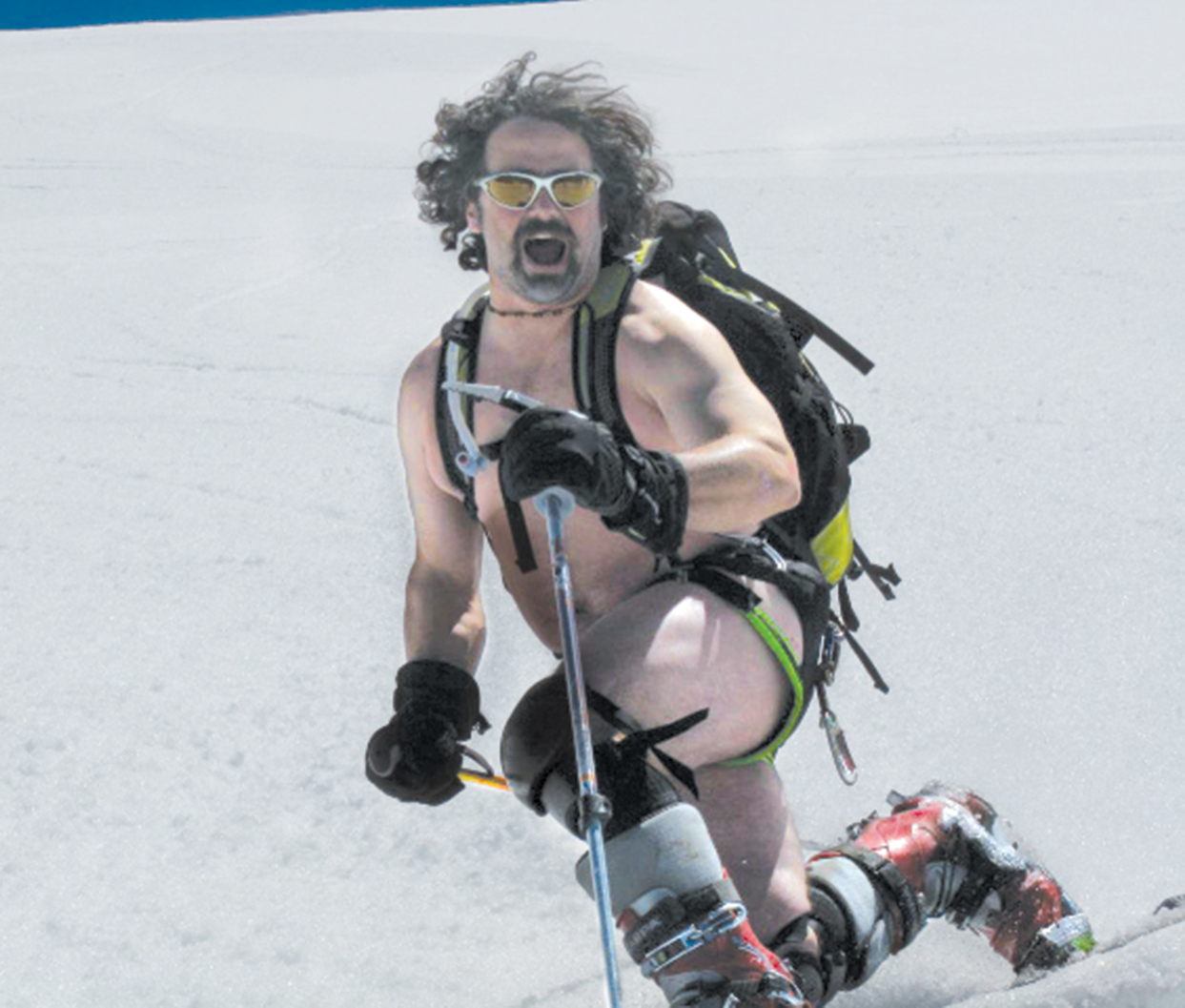 Chris Gerston, owner of Backcountry Essentials, is teaching his kids, 8 and 10, to telemark. His 10-year-old daughter argued in a persuasive essay for school that telemark skiing is better because it’s a challenge, it’s a family tradition and one of her best friends also does it.

“The feeling is like flying. It’s surfing the mountain. It’s flow, and alpine skiing is very mechanical to me. Tele-skiing in powder is a wonderful feeling. I have this sensation where with each turn I feel like I’m leaping out of the snow as high as I can. It’s really a great sensation.

“Being a short telemark skier, by the way, is also awesome. Face shots are much more readily available. It’s heavier on the way up and that can grind on you, but I go up to enjoy the down. I really do think it’s like surfing the mountain.” 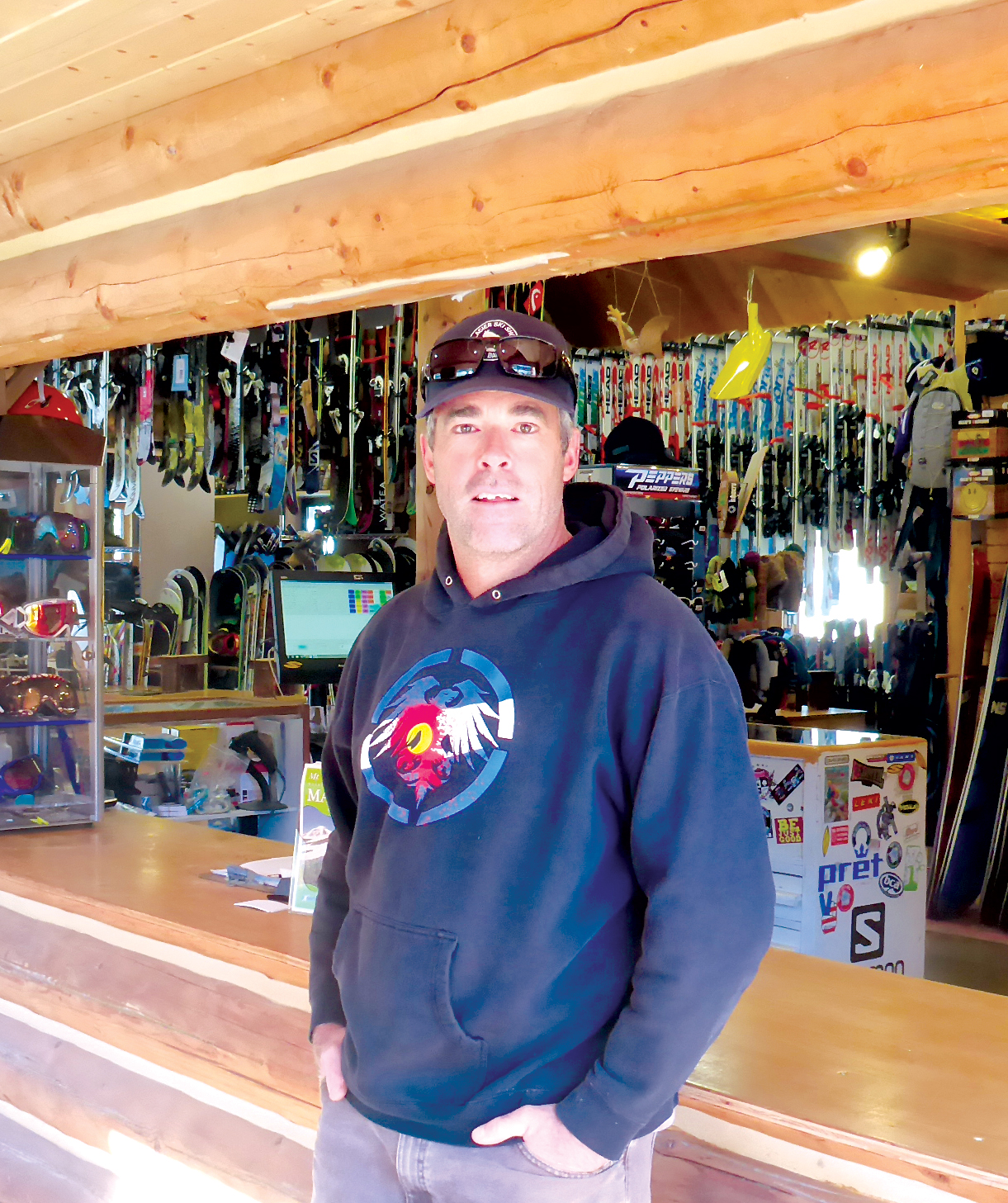 John Adams, co-owner of Glacier Ski Shop, will ride anything that slides, but he started telemarking full time in 1996 because he found it easier on his knee, which had no ACL. He still rides other gear, but more often than not he rides his telemark skis.

“I grew up around Lake Tahoe and we lived in a remote area. My brother and I would spend a lot of time on cross-country skis and would ski downhill on them trying telemark turns. So I guess that would be the start of my tele training.

“I think of telemark as having the advantage of skis on the up and a fluid snowboard turn on the down. It’s challenging, efficient, cheap and great exercise – the reasons that I ski.”   x