When people hear the word wolverine, the sharp-clawed X-men character usually comes to mind. Though there haven’t been any sightings of Hugh Jackman in the Cascades, there is a team of superheroes dedicated to photographing and researching the real wolverine, which is a carnivorous member of the weasel family.

Wolverine populations are at risk. Alpine ecosystems are changing and with the volatile state of the climate, the wolverine is being pushed to the edge of existence. Wolverines are not listed on the Endangered Species Act for what appears to be political reasons, so there is no funding or effort put towards conservation federally. The Cascades Wolverine Project has stepped up to fill the void, focusing on wolverine research and conservation in the North Cascades.

“It’s on us and anyone who is interested in protecting or at least ensuring that wolverine(s) will persist over time to be their advocates. And not just advocates but just to do the science,” said Steph Williams, head of the Cascades Wolverine Project, a grassroots effort to boost winter wolverine monitoring in the North Cascades. “We need people to know that they exist and how incredible they are.”

The project collects data on wolverine populations through seven camera trapping stations in remote areas of the Cascades. Stations are monitored by an experienced crew of backcountry skiers devoted to researching wolverines, with three focal points for the project: science, advocacy and public outreach.

Due to their rugged habitat, wolverines are notoriously difficult to study. A solitary wolverine will range up to 300 square miles of some of the most mountainous, remote terrain. With snowshoes for feet and crampon-like claws, they’re built for the alpine and move effortlessly through winter mountains. A male was once tracked gaining 4,900 vertical feet of elevation in just 90 minutes, which is like climbing Mt. Baker, car to summit, in an hour and a half.

“They represent this badass animal that a lot of us want to be,” Williams said.

The scientific name, Gulo Gulo, Latin for glutton, is a fair description of its eating habits. They’re the size of a medium dog and males weigh around 40 pounds, but they can take down animals many times their size. Being opportunists, wolverines will eat just about anything, frozen bones and all. After scavenging avalanche debris for carcasses taken out by slides, they’ll cache leftovers in a snow bank to return to when food is scarce.

Due to their particular reproduction needs, females are the limiting factor in population recovery. They build dens many feet under the snow and up to 30 feet long, providing insulation for their young. If conditions aren’t right or they detect threatening activity, they won’t reproduce.

Advocacy is a cornerstone of the project. By capturing engaging wolverine photos, the Cascades Wolverine Project hopes to instill a sense of compassion and attachment to these wild animals. Last winter the project monitored seven stations, each equipped with carrion and a trail camera. Northwest wildlife photographer David Moskowitz placed his own DSLR cameras with motion triggers to capture more detailed, charismatic images. 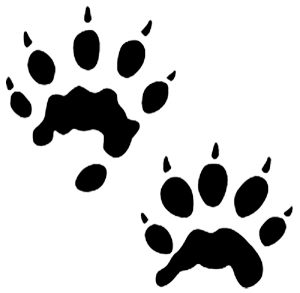 “Beyond just monitoring, we also wanted to create some engaging visual content to support their conservation efforts.” Moskowitz said. “We wanted to engage winter recreationalists in conservation in a way that other research doesn’t really do.”

Environmental groups have petitioned the U.S. Fish and Wildlife Service to list the animal as endangered since the 1990s. In 2013, Fish and Wildlife proposed listing the animal as threatened, citing its sensitivity to climate change, but a year later backtracked, claiming the science to be inconclusive. While snowmobile associations, farmers and oil and fracking companies cheered the decision, a federal judge ordered the agency to reconsider and accused it of giving in to political pressure.

“We’re really in a holding pattern,” Williams said. “The science warrants protecting them, but they haven’t been listed. So, we don’t have any money to monitor them.”

The Cascades Wolverine Project relies entirely on grants, donations and volunteers. Williams and her husband use their personal snowmobiles to access the remote stations, accompanied by a volunteer team of experienced backcountry skiers. Long days in the field and costly machine maintenance are difficult to sustain.

Despite the difficulties, there has been great success with wolverine activity tracked at three of the seven stations – a good batting average for a species with an estimated local population between 30 and 40. The project is eager to begin another winter season of monitoring.

Backcountry skiers, snowmobilers and other winter recreationists are encouraged to contribute to the project by keeping an eye out for wolverines. Become familiar with wolverine tracks  usually around 4 inches long, with five toes and often claw marks – and document and report signs to land managers or the Cascades Wolverine Project at cascadeswolverineproject.org.

Grown in the Northwest, Sophia Rouches is driven by her deep love for the mountains and her desire to cultivate connections with the natural world.